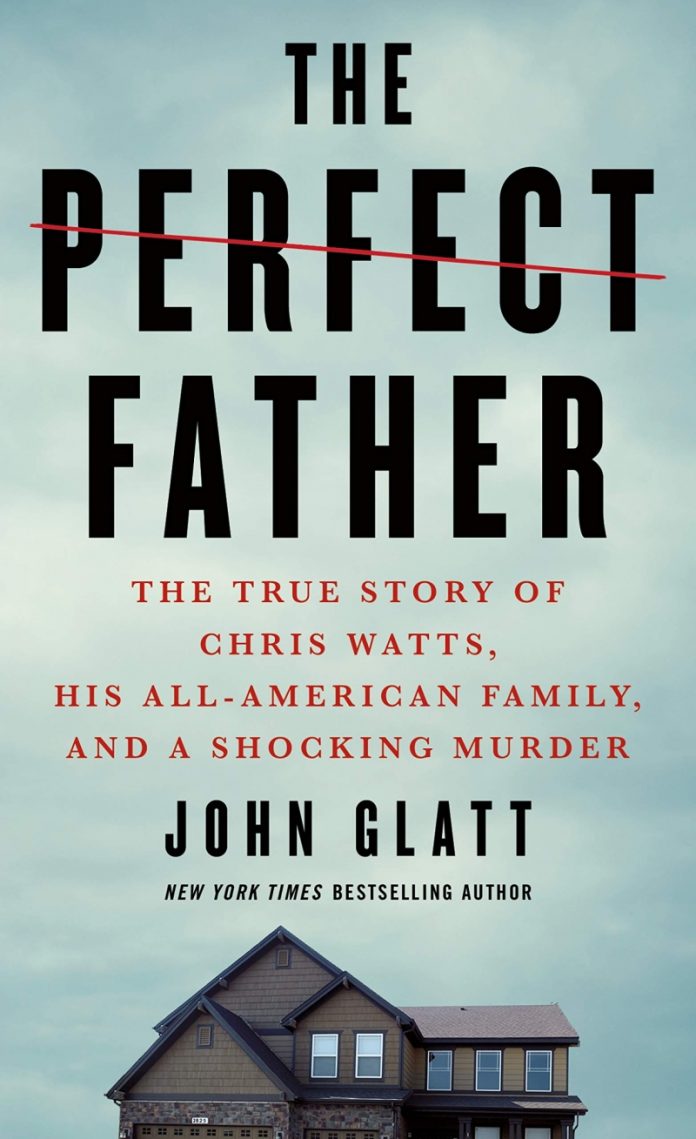 John Glatt is an investigative journalist with over 30 years’ experience and has written 28 books. In The Perfect Father he tells the shocking and heart-breaking story of the Watts family, the family who had everything, who used social media sites to show the world their seemingly perfect lives until the truth came out in a vicious murder.

Before picking up The Perfect Father I had never heard of Chris Watts or the murder of his family even though it is a relatively recent case, so the story was new to me and John Glatt told it exceptionally well.

Chris Watts had the perfect life, married to Shanann they had 2 young girls, Bella and Celeste, and another baby on the way. Their lives were on constant display on Facebook and they seemed perfect for each other. But on 13 August 2018 in Colorado, USA that all changed when Chris Watts, then 33, strangled Shanann, age 34, killing her and their unborn son before then going on to kill their two daughters, aged just 3 and 4.

In the early hours of the morning on 13 August 2018, Shanann Watts was dropped off at home by a work colleague after returning home from a business trip. That was the last time she was seen alive. Later that day concerned friends and family had reported her and her daughters missing. The following day with no sightings her husband was going on the local news pleading for the safe return of his family.

All the pleading was in vain as he already knew his family was dead!

Within 24 hours Watts had made a shocking confession to police that he had killed his pregnant wife and their 2 daughters and dumped their bodies in a nearby oil site he was working at. It came as a shock to everyone when the devoted husband and the perfect father was charged with the murder and disposal of his family.

Overall, this is an excellent detailed account of the murders of the Watts family. John Glatt has told this brutal and disturbing story in an easy to read way, giving as many facts as he can without being dry or boring. Whilst it is a heart-breaking read it gives an insight into why Chris Watts killed his family (although the full truth may never be known as he seems to give different accounts to different people).

This book looks at the perfect lives of the quiet, shy, introverted and subservient Chris and bubbly, outgoing and domineering Shanann that were lived out over Facebook and their not so perfect lives behind closed doors. It details Shanann’s possibly controlling behaviour, Chris’ mild-mannered behaviour that changed abruptly when another woman turned his head and his decision to get rid of his family to end his six year marriage.

I like the way the author has written the book in a straightforward and uncomplicated way. Whilst it is a disturbing true story (at least as true as we will ever know unless Chris Watts gives a full, frank and 100% truthful account of what really happened that night), it is quite a quick, interesting and fascinating read, although at times unsettling.

Glatt has also has written a good account of how these murders affected not just the immediate family but the police officers and lawyers involved in the case, some who are still suffering with PTSD because of it.

If you have an interest in true crime this is a fascinating read of a mild mannered man that seemed to have everything he wanted and how he seemed to snap and become a cold and calculating murderer. It can be quite distressing at times with the cold and callous murders, especially of the children but has been told very well.

Out of the Fire and into the Pan by Shannon O’Leary...