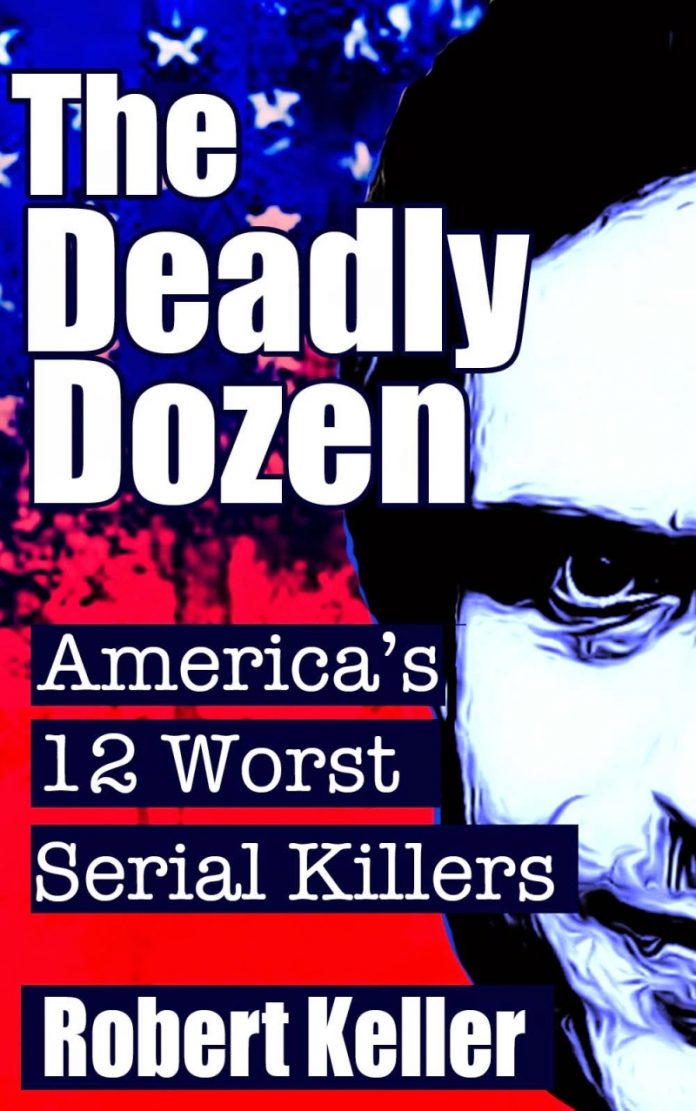 True crime stories, both fiction and non-fiction, ones that focus on serial killers, intrigue me and it all started with the world’s most infamous serial killer – Jack the Ripper. It’s not the brutality of their crimes that is the fascination, but questions such as:

There is a glut of books on the market and in libraries to whet anybody’s appetite about serial killers and murder. One very prolific author, writing about 168 books on the subjects, is Robert Keller. His most popular title is The Deadly Dozen: America’s 12 Worst Serial Killers.

The Deadly Dozen is a book with shocking true crime accounts of the 12 worst serial killers in American history, truly evil murders. If you are in any way squeamish or of a nervous disposition, this book is not for you. With America offering up so many serial killers (about 20x more than its nearest rival, which surprisingly is England), there are plenty to choose from and Robert Keller has written this book on the 12 that he deems the worst in American History. These 12 are:

Overall, I really enjoyed reading this book. It is a fascinating, interesting and very informative insight into some of America’s (if not the world’s) most vile, dangerous and depraved serial killers. It is not the longest of books so don’t expect detailed and in-depth analysis of each of the 12 killers. Robert Keller introduces each one of these vicious killers, a bit about their crimes and their backgrounds in a no-nonsense fashion, giving a basis for further reading about each one should you want to. Whist each killer may only have brief snippets of their crimes and convictions, there is enough information presented to keep you interested, without being a heavy overload of knowledge or too in-depth.

Whilst you will have read a lot of the information about each killer in other books, Robert Keller has written it in a very easy to read way, although some of the details of the murders could be quite distressing for some readers. Some of the featured 12 you will most definitely have heard of (before reading this I knew of 9 of them), but after reading you will never forgot them.

If you have an interest in serial killers, then Robert Keller’s The Deadly Dozen: America’s 12 Worst Serial Killers is definitely one to read and gain a brief insight into some of world’s most dangerous men.