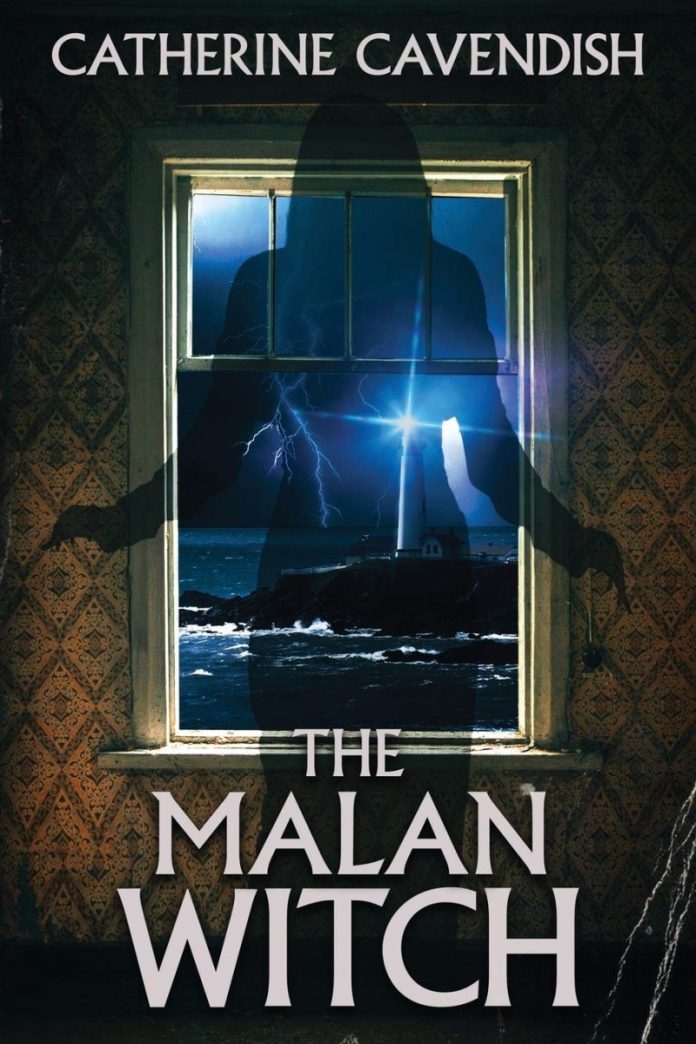 Catherine Cavendish writes horror fiction and has written a number of books with ghosts, supernatural, witches, gothic and haunted houses themes. I really enjoyed reading the ghostly horror The Haunting of Henderson Close back in January 2019 and decided to try one of her other novels. I chose The Malan Witch, a ghost story set in a remote and isolated windswept cottage in the idyllic Cornish countryside.

After the death of her husband at a young age, high school teacher Robyn needs time to relax, recharge and grieve. She decides to go to her sister’s holiday cottage in St. Oswell in Cornwall, a 300-year-old stone-built cottage on the coast of the Atlantic Ocean.

Soon after arriving she notices strange smells and a crow that constantly watches her. After a visit to the village she hears the story of Malan Cottage and the witches, Jowanet and Zenobie, who used to live on the same site and were burnt at the stake and the remains of their bodies carried off by crows.

To ward off the witches a white witch had placed dolls at the entrances to the cottage, but since the cottage had been renovated one of the dolls had been found and thrown on the fire, releasing one of the witches who now wants revenge and her sister released.

Robyn must now not only fight to save the cottage, but also her family. With the help of a local café owner and a white witch, the fight has begun.

Overall, I did enjoy The Malan Witch although I thought the story could have had a bit more depth and thought that it was wrapped up too quickly. It is a novella rather than a full novel and I think it would have worked a lot better as a full novel with a more in-depth story maybe with a bit more examination of the witches past lives and their evil deeds.

The characters lacked a bit of depth and the antagonist manifested itself as a crow and for the first part worked well but didn’t add enough to the terror as the story progressed. The witches themselves did not play a big enough part of the story, except mostly as an evil crow that watches over the house which was a shame.

As it is a novella, the story progresses at a really fast rate, which for me lost some of the terror, suspense and intensity. For a quick slightly creepy read just before bed The Malan Witch is an enjoyable read without being too frightening. Expanding it into a full novel, I feel, would make a much better ghost story.

The Malan Witch, I feel, is a story for people that like their horror and ghost stories on the lighter side or for younger teenage readers just getting into the horror / ghost story genre. It is not a bad story and is an enjoyable read, I just wanted more.

The Malan Witch is a good and quick read that fans of light horror will enjoy. It moves at a fast pace (a bit too quickly if I’m honest) and the characters could have been better developed, especially the witches, but it is an engaging witchy tale and one for people that like a bit of scare without being terrified.