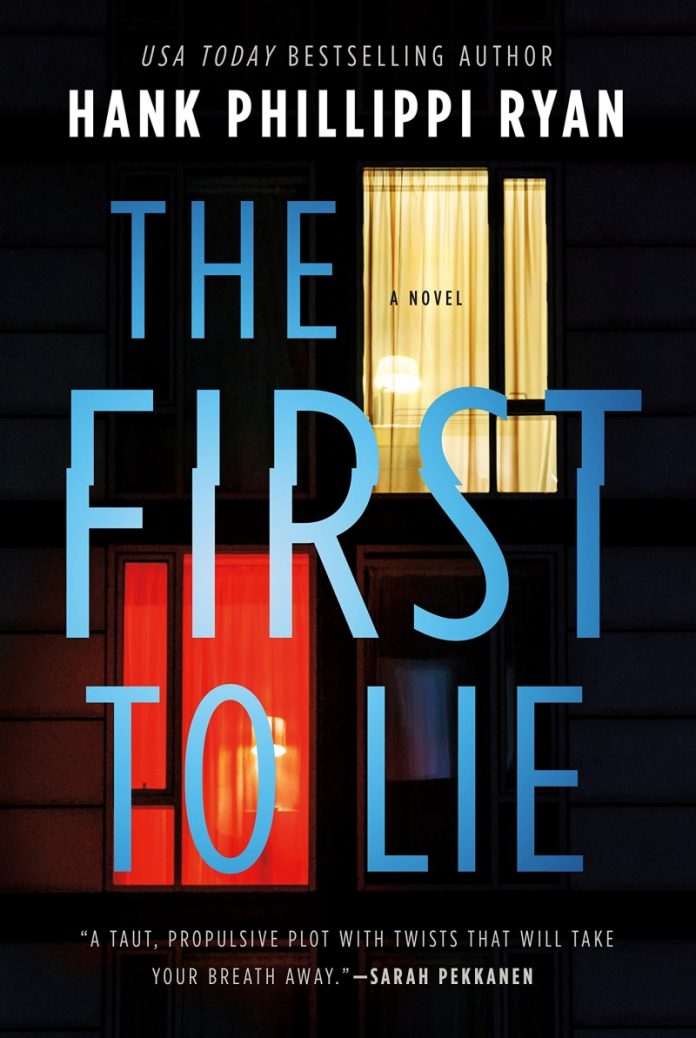 Crime fiction has really taken off over the past few years and is now a massive genre, but there is an awful lot that is fairly similar and sometimes picking up a book by one author feels like you are reading the same story by a different author. Finding a crime thriller that is very different and interesting is a real treat, and that is what happened when I picked up The First to Lie by Hank Phillippi Ryan.

I had never read any books by the bestselling and award-winning author Hank Phillippi Ryan previously, or indeed heard of her despite the fact that she has written 12 novels. After reading The First to Lie I will definitely be reading her other books.

The First to Lie is a rather unique cat-and-mouse, twisty thriller where all the central characters are liars and each have multiple personas.

Synopsis: We all have our reasons for being who we are – but what if being someone else could get you what you want?

After a devastating betrayal, a young woman sets off on an obsessive path to justice, no matter what dark family secrets are revealed. What she doesn’t know is that she isn’t the only one plotting her revenge.

An affluent daughter of privilege. A glamorous manipulative wannabe. A determined reporter, in too deep. A grieving widow who must choose her new reality. Who will be the first to lie? And when the stakes are life and death, do a few lies really matter?

Overall, I really enjoyed The First to Lie as it was a different kind of crime thriller than a broken detective with problems looking for a twisted serial killer (although I do love that kind of story).

The First to Lie is a reasonably complex story with a tight, twisty and thrilling plot. It is based around big pharma and a drug that is being used for a purpose that causes damage. It is also a story packed with betrayal, secrets, lies and ultimately revenge.

It centres around Ellie, an investigative reporter, who is working on a story about a big pharmaceutical company that is selling a drug approved for one thing but using it for another and it is causing to damage to women that just want a baby. Determined to bring them down, she enters a complex investigation where nothing and no one are what or who they seem.

As mentioned, the main central characters each have more than one persona and whilst it sounds like it could be quite hard to follow and keep track of the story, believe me it isn’t. Despite the different points of views for a variety of characters that are all hiding the true personas, it is very quick to overcome who is who, the lies they tell, and it makes it very interesting and hard to put down once you get to grips with the gist of what is going on and the roles everybody is playing. It is quite complex, but easy to read without getting lost down a very confusing path, Hank Phillippi Ryan’s investigative background really comes through and helps shape the story.

This is a rather unique, complex and enjoyable story that is a refreshing change from the usual crime thriller format. It is a tale of deception and duplicity about the lies that we not only tell ourselves, but the lies told to others and the lengths people will go to to expose the truth. Whilst some of the “truth” is easy to work out or guess at and revealed quite early on, some bits are hidden right to the end giving some nice twists and turns along the way.

If you like crime novels and want something that goes in a different direction than the bulk of the crime genre then Hank Phillippi Ryan has just the novel for you, just be prepared to get lost in the book and not surface again until it’s finished.