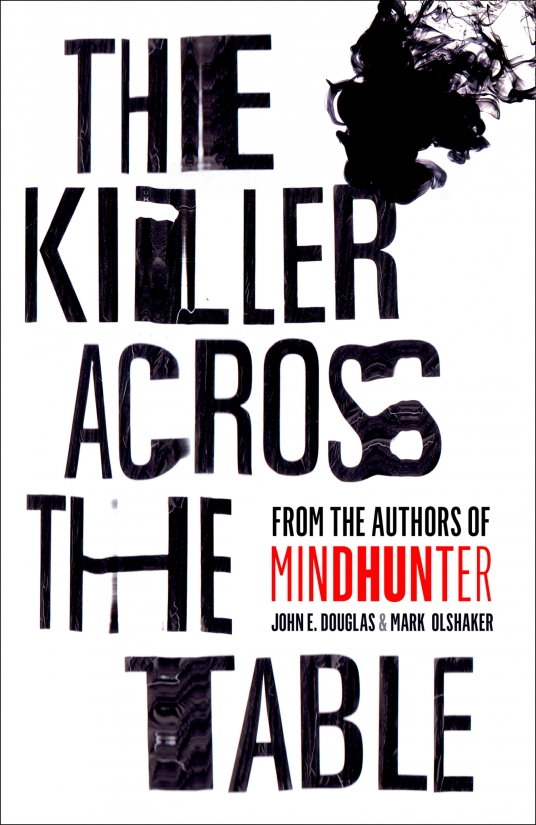 The Killer Across the Table is written by retired FBI criminal profiler John E. Douglas and author/film maker Mark Olshaker – the authors of Mindhunter (the book behind the Netflix series of the same name). It is a non-fiction book delving into the lives of four of America’s most disturbing and complex predatory killers.

Former Special Agent John Douglas has sat across the table from many of the world’s most notorious killers – including Charles Manson, Jeffrey Dahmer, ‘Coed Killer’ Edmund Kemper, ‘Son of Sam Killer’ David Berkowitz and ‘BTK Strangler’ Dennis Rader, and has also been instrumental in the exoneration of Amanda Knox and the West Memphis Three. He has gone on to become a legend in the world of criminal investigative analysis, and his work has inspired TV shows and films such as Mindhunter, Criminal Minds and The Silence of the Lambs.

In this riveting work of true crime, Douglas spotlights four very different criminals he’s confronted over the course of his career, and explains how they helped him to put together the puzzle of how psychopaths and predators think. Taking us inside the interrogation room and demonstrating the unique techniques he uses to understand the workings of the most terrifying and incomprehensible minds, The Killer Across the Table is an unputdownable journey into the darkest reaches of criminal profiling and behavioural science from a man who knows serial killers better than anyone else. As Douglas says:

John E. Douglas has spent decades researching and profiling some of the world’s most dangerous and disturbing murderers and serial killers. With 25 years’ experience in the FBI as a behavioural profiler he has had plenty of conversations with some of the world’s worst serial killers and in The Killer Across the Table he really delves into the mindset of four of them.

Joseph Kondro, a killer that raped and murdered the schoolgirl daughters of his friends.

Donald Harvey, the Angel of Death killed as many 87 people in (mostly) hospital settings, believing that he was putting them out of their misery.

Todd Kohlhepp, killed at least 7 and held captive women in a shipping container.

I really enjoyed reading this book about the way violent predators think, it is a great insight into the minds of killers. Whilst it mainly delves into the crimes and minds of the 4 twisted criminals named above (that a majority of people probably haven’t heard too much about), giving brief outlines of their various crimes, various other serial killers are mentioned (Ted Bundy, Charles Manson, Dennis Rader, David Berkowitz, Harold Shipman etc.) to compare their mindsets, their similarities and disparities.

This book relies on quoted interviews with these four killers as conducted by John E. Douglas, so you do get to hear details of why and their thought process behind their crimes from the killers themselves as well as personal observations from Douglas. It is broken up into four parts, one for each killer and doesn’t just deal with crimes they are convicted for but takes a look at their childhoods and past triggers in the lives to try and find what caused their minds to function in the way they do and if with a bit of intervention during childhood they could have been stopped long before they were.

The Killer Across the Table by John E. Douglas and Mark Olshaker is definitely a “must read” for the true crime junkie (although not if you have issues reading about graphic murder or crimes against children). It can be uncomfortable reading at times reading about the shocking, depraved murders involving abuse, rape, torture and graphic violence. It is written extremely well without glorifying or sensationalising the crimes or the killers and doesn’t sympathise with or look to defend and make excuses for them, even though there are a lot of similarities in the way a killer’s mind works.

An excellent and disturbing insight into the minds of some of the most depraved killers in society and shows that whilst some crimes may be similar the killers are all extremely different, despite any similarities.

Intense and shocking whilst at the same time compelling and riveting.