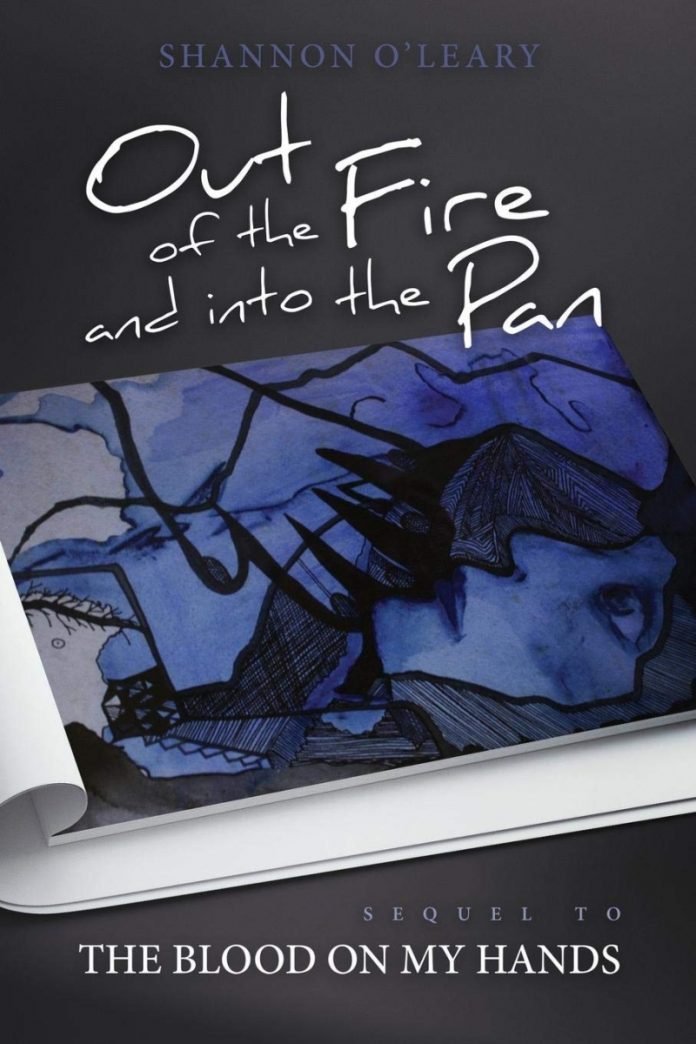 A while ago I was asked to read The Blood on My Hands by Shannon O’Leary. This is a harrowing true story of the abuse and torture he author suffered as a child at the hands of her father in Australia during the 1960 and 70s. It is a true, brutal and moving story.

I have now just finished reading Out of the Fire and into the Pan, which is the sequel and continues the story albeit this time through adulthood – how she coped and dealt with the atrocities committed by her father and how they shaped her later life. A story of personal growth.

Shannon O’Leary (a pseudonym) continues her harrowing story after her family left their father. Throughout the story it tells of how her father would stalk them, kill their pets and try to hold influence over them and still control them right up until his death. It deals with how she took things she had seen as a child – sex, murder, torture and brutal violence as the norm and tries to navigate through her teenage years and adult life making her own mistakes and picking partners with personally traits of her father (The Devil). Despite her harrowing life experiences she manages to function in life and forge herself a successful career in teaching and entertainment and achieve the greatest prize of all, raising her own 5 children.

Overall, Out of the Fire and into the Pan is the continuation of a tragic and traumatic life of the author. As harrowing as her life was and the suffering she endured, predominantly at the hands of her father but also with boyfriends and husband, this book shows the courage and mental strength she has to overcome these issues and grow into adulthood, now with children of her own. The strength of mind to be able to cope with everything she went through must be enormous and that alone will give you an insight into her character as I would imagine a lot of people having similar issues wouldn’t be able to function.

Out of the Fire and into the Pan by Shannon O’Leary is a story of anxiety, depression, body dysmorphia, violence, mental torture and anguish but also one of courage, resilience, mental strength and personal growth. It is an engrossing story that while it is a very hard read, having to read about some of the dreadful things her and her family endured, it is one that the reader will need to finish.

At times hearing about some of the horrific acts committed might mean that the reader will need to take a break, but it is book that does need to finished.

The only small negative is that sometimes I felt that the story jumped slightly backwards and forwards – but this didn’t detract from the story or leave it unable to follow what was happening.

A very interesting book, if at times hard to read just because of what the author and her family had to go through. I really can’t convey in a review the horror and mental energy it must have taken to experience all of this and come out the other end, you really do need to read both books.

This won’t be an easy read due to the subject matter, but ultimately reading how she survived, got through it, raised her family and made her life better while learning from mistakes makes it a sequel that you won’t be able to miss.

A harrowing and emotional book, but one that comes to life on the page.