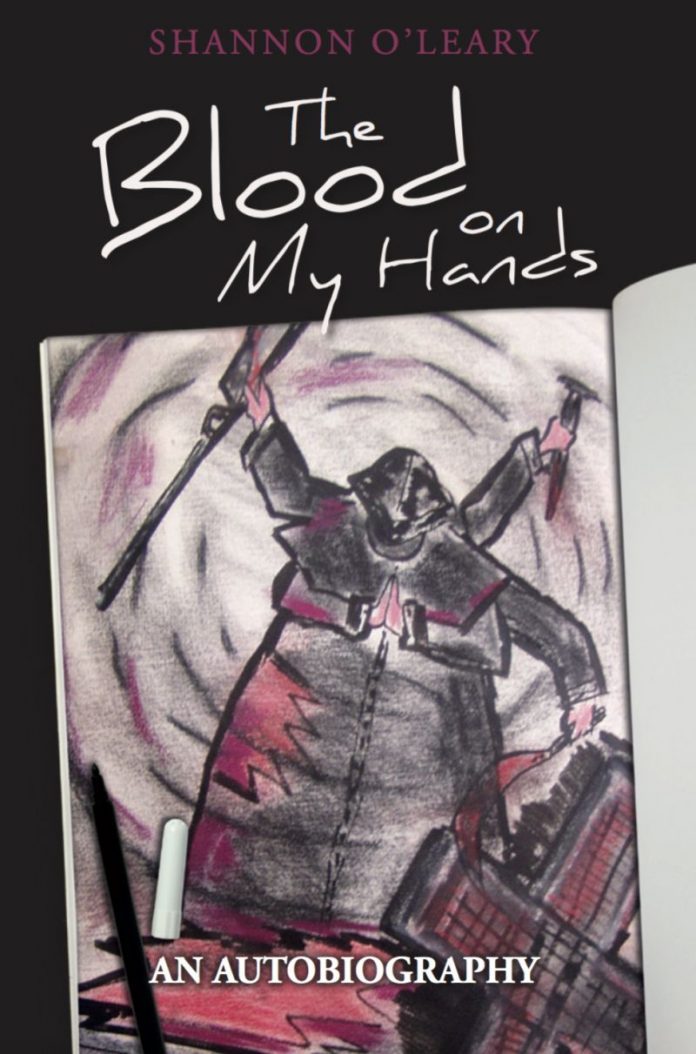 The Blood on My Hands, by Shannon O’Leary, is the true story of a child with a serial killer for a father and at whose hands she suffered the most horrific abuse. This is her account of the abuse and how she survived.

The Blood on My Hands is an autobiography. It has written under the pseudonym of Shannon O’Leary in order to protect the authors family (other names in the book have been changed as well). It is the account of the horrific childhood she endured where the authorities of the time did nothing, and the abuse didn’t stop for 49 years.

Shannon O’Leary grew up in 1960’s and 70’s Australia. She grew up in a Catholic family. She was subjected to some horrific brutal psychical, sexual, psychological abuse and had to witness domestic abuse and serial murder. This book tells her true story.

The book starts with the line “I have felt the cold steel of a gun in my mouth and against my temple” which lets you know from the start just a very small snippet of the childhood endured by the author and grabs your attention straight away. Despite the harrowing subject matter, this was a book I just couldn’t put down.

Before I read this book, I had never heard of the name Shannon O’Leary or the abuse she suffered, but after reading the book it is a name that I shall never forget. Although the book is her memoirs of the abuse she, and her family, suffered at the hands of the man who should have been there for her and loved her the most; her father, it is also a story of courage, resilience and survival.

The Blood on My Hands covers her early childhood. Her father, who had an undiagnosed split personality disorder, took great pleasure in physically and mentally tormenting her and the rest of the family. He was a violent, brutal sadist and serial murderer! On many occasions Shannon was forced to watch him brutally murder pets and people, including the murder and beheading of a young woman. She first contemplated suicide at the tender age of just 4 years old!

Despite many reports to the police and doctors and the nuns at school having an idea that abuse was happening at home, nobody did anything as it was deemed a domestic matter (thankfully things have changed for the better these days). Her father was never charged with any crime!

Despite her traumatic childhood she managed to grow up into a successful and functioning adult (with a lot of therapy and support); she has been a teacher and is a prolific writer and performer, singer/songwriter, children’s book author, producer and poet.

Overall, The Blood on My Hands is a traumatic and harrowing autobiography about a child and her family suffering horrendous physical, mental and sexual abuse. How this little girl survived it to become successful and functioning adult, raising a family of her own is a testament to the mental strength of this child. She endured a torture that adults wouldn’t cope with, never mind a child. Her father ruled her life with barbaric cruelty.

This book was a heart-breaking read but a riveting one, I read the book in a day. It is extremely well-written and despite the subject matter it is an engaging read and a true story. It is intense and doesn’t pull any punches.

A very powerful book and extremely interesting, but harrowing, read. You will be moved by this story. It is impossible for me to convey the true horror that this child and her family went through, you will have to read the book for yourself.