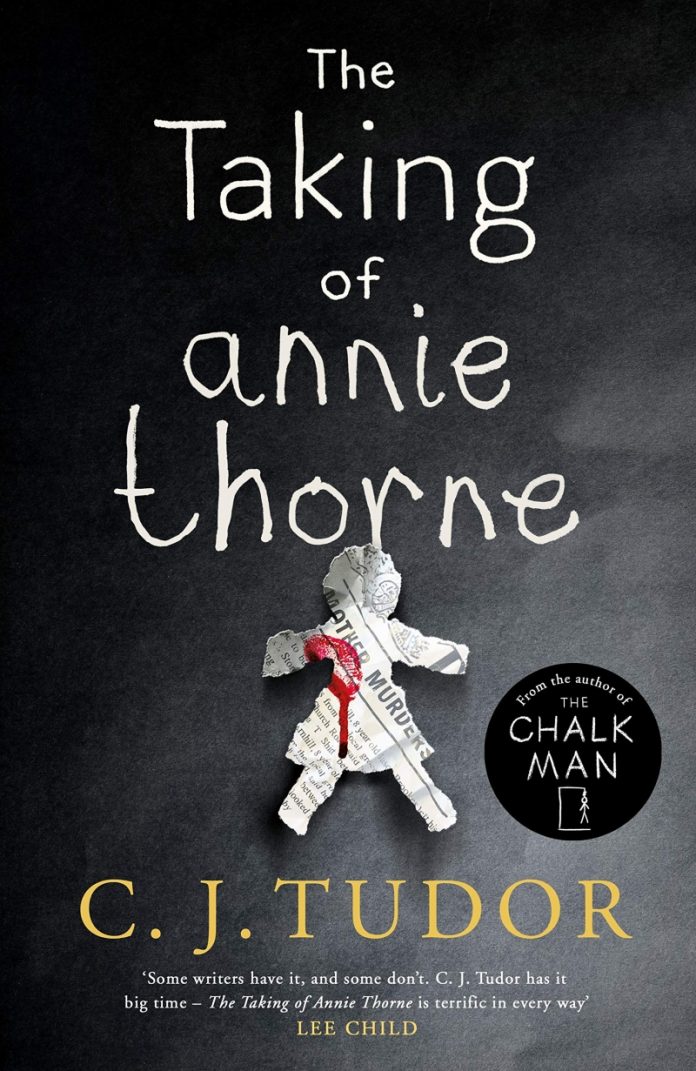 The Taking of Annie Thorne (aka The Hiding Place in the USA) is the second book by C. J. Tudor, author of the hugely successful The Chalk Man.

8-year-old Annie Thorne goes missing, 2 days later she returns but isn’t the same person. Unable, or unwilling, to say what happened things are never the same.

25 years later sees her brother Joe, a heavy gambler, drinker and liar, return to the small mining town of Arnhill in Nottingham and take a job as a teacher at the local school. Joe is running away from his problems and returns home after receiving an email stating that the author “knows what happened to his sister and it’s happening again”.

Arnhill is a strange town with many dark and hidden secrets, especially concerning the old mining pit. As Joe starts to unravel the mysteries of what happened to his sister things start to get very dangerous.

Overall, if you have read Stephen King you will love The Taking of Annie Thorne as it is written in a similar dark and creepy style, in fact it is very reminiscent of Pet Sematary.

The book gets off to an explosive start with a murder suicide and continues to draw out the reasons to what is behind it all.

Joe Thorne, despite his character flaws and constant sarcastic witticism, is quite a likeable character and while isn’t really a bad guy, he isn’t totally a good guy either.

The story travels along at quite a fast pace, after building up the history of what happened to Annie and Joe to bring us into the present day. With lots of plot twists (probably a bit too many) it manages to keep track of the story and holds the readers attention and keeps you engrossed.

While I thought it was better than The Chalk Man, I felt the final part of the story was underdone with lots of question remaining unanswered. I still thought it was a very good dark, creepy, thrilling and enthralling read.

I found The Taking of Annie Thorne to be a very well-written, creepy and thrilling read. For me, it lacked a bit of closure (I felt maybe some bits were removed, possibly in editing) but was a great story.

I grew up reading Stephen King, and C. J. Tudor has a similar style and flair and I think her books are just going to continue to improve.

If you liked The Chalk Man, then I think that you will enjoy this more. I found it very difficult to put down.

A very good thriller with aspects of the supernatural, well written, excellent characters (even though a majority are not good people) and a beautifully described atmosphere that makes the story quite creepy.