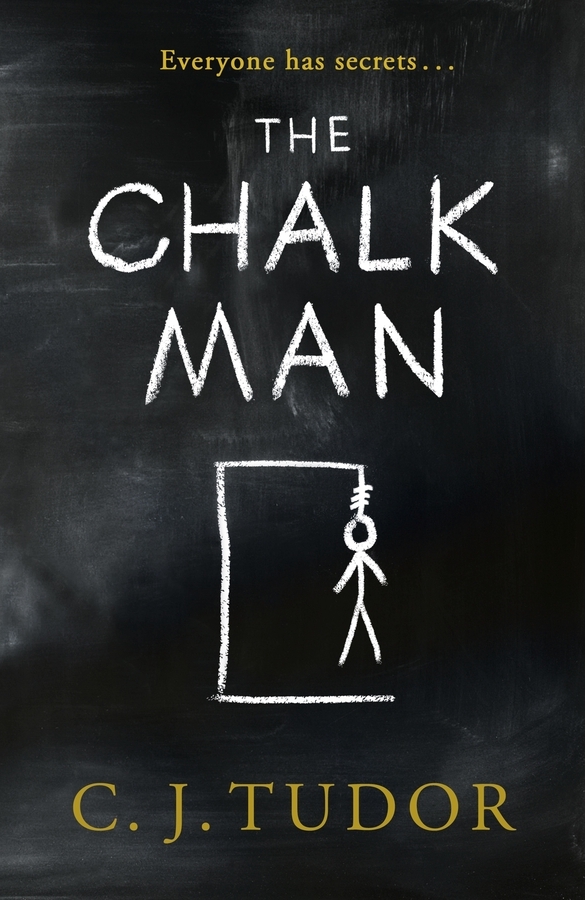 The Chalk Man, the debut novel by C. J. Tudor, is a roller-coaster ride of an eerie thriller with twists and turns right up to the last pages. After seeing a lot of hype on social media about this book I had to see what all the fuss was about and bought a copy, which I finished in 2 days.

The Chalk Man is the story of a group of childhood friends (Eddie, Fat Gav, Metal Mickey, Hoppo and Nicky) whose lives change forever when there is a tragic accident at a fairground, followed with the appearance of chalk figure drawings that ultimately lead to a dismembered body. The story is told over 30 years, from 1986 to 2016.

None of us ever agreed on the exact beginning.

Was it when we started drawing the chalk figures, or when they started to appear on their own?

Was it the terrible accident?

Or when they found the first body?

Overall, I found The Chalk Man to be quite an addictive read. The author has clearly been influenced by Stephen King as part of the story are reminiscent of IT, The Body (Stand By Me for film buffs) and The Shining, but that doesn’t detract from a great story.

The story is told over two eras; the past – 1986, when the friends are 12 years old, and the present day – 2016. The book flips back and forth between the two eras which I thought really drew out the suspense, dragging the past into the present, and made the story eerie, thrilling and unputdownable.

With a host of characters, of which any could be a possible suspect (and I went back and forth between them several times), The Chalk Man is very engaging. I found the book well written and the dynamics of the school from the 1980s to 2016 was fantastic.

This story has a lot going on, has more than meets the eye and is a great debut novel. A spine-chilling thriller that I think is going to be a bestseller. A story of friendship, revenge, karma and murder!

Definitely one to read!