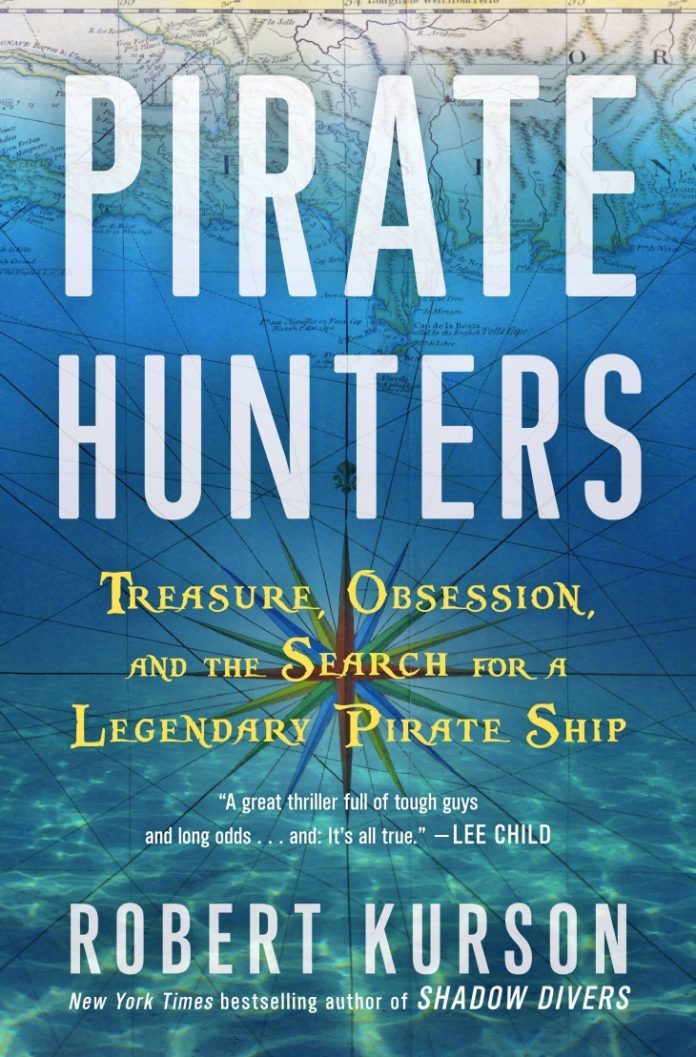 The hunt for the Golden Fleece is on!

Set in the Caribbean in the 17th Century Golden Age of Piracy, Pirate Hunters by Robert Kurson is a gripping story (non-fiction) based on the true events of two adventurers and treasure hunters, John Chatterton and John Mattera, and their search for a 300-year-old pirate ship, the Golden Fleece, and the pirate Joseph Bannister.

Pirate stories are not my favourite genre, but as Pirate Hunters was recommended by 2 authors that I love, Michael Connelly and Lee Child, I am glad I read it as it was a really thrilling and exciting read.

In the 1680’s Joseph Bannister was an English nobleman and the captain of the Golden Fleece, a merchant ship delivering cargo between London and Jamaica. Bannister for some unknown reason then turned to the life of crime and became a pirate until his ship was sunk by the Royal Navy in 1686. Pirate Hunters is not just a story of a pirate and treasure hunting, but one of a man who defeated the might of the Royal Navy and the 2 friends who will not give up in their hunt to find the Golden Fleece, no matter what the risk or cost.

Over 300 hundred years later Chatterton and Mattera, well-known treasure hunters, adventurers and divers, are asked to find the Golden Fleece and this story follows their years of research and hunting, as well as spending hundreds of thousands of dollars, to find a very rare lost item, a real-life pirate ship and its treasures.

Overall, Pirate Hunters is a fantastic book. As I said at the beginning, pirate novels are not generally my thing but once I started this book I was finished in 2 days. It is fast-paced, filled with action, suspense, adventure, thrills and best of all, it’s all TRUE!

While essentially a treasure hunting story it also has an educational value, dispelling myths about pirates, showing how they operated and the value that was placed on them. Yes it is a true story with lots of historical facts, but don’t be fooled, it is in no way boring or delivered in a dry manner. Once you start reading you won’t be able to stop!

This is the story of 2 men who are not just hunting treasure, but the story of a long-forgotten pirate and 2 explorers mission to solve a mystery and the lengths they go to do it including having to travel the world in their hunt for information.

Pirate Hunters by Robert Kurson is a thoroughly enjoyable and extremely well-written true-life thrilling adventure. The story flows well blending history, facts and action together making sure that you keep turning the page. I highly recommend you read and you don’t even have to like pirates!