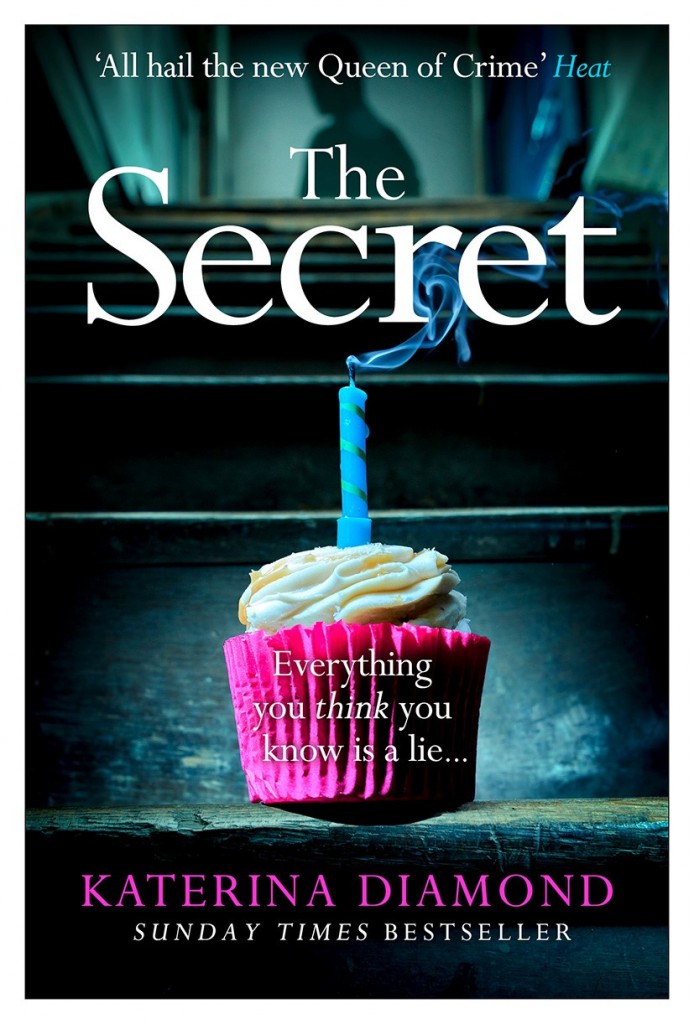 I love reading crime thrillers and really enjoyed The Teacher by Katerina Diamond (this was her debut novel), the first book is the DS Imogen Grey series. It was an excellent debut, I described it in my review as “gruesome, gory, thrilling and absolutely brilliant! Definitely not for the faint-hearted!” so I was really looking forward to great things from her second book in the series, The Secret.

When Bridget Reid discovers her flatmates murdered, she disappears. She awakens in a locked room, confused and unable to escape the room. She has no idea how long she has been there, and her captor knows all her secrets. She starts to have terrible memory flashbacks and seems to have feelings for her abductor.

With the police now involved, DS Imogen Grey and DS Adrian Miles are tasked with the case and finding her. But the further they investigate, they start to uncover a lot more than they bargained for when they uncover layers of abuse, torture and murder (which will bring danger for Imogen).

DS Imogen Grey also has to deal with her past when she has to confront a family secret that was aware of and when the person she believes was responsible for her getting stabbed on a previous case is back on the scene, it adds an extra complication to her already complicated life and workload.

Overall, I found The Secret to be an exciting and thrilling read, although slightly disappointing as it felt a bit rushed in places and, for me anyway, was sadly let down by a disappointing final chapter and conclusion (I felt that it didn’t resolve much, leaving it all for the next book).

The story itself has an interesting storyline, one filled with violence and murder with plenty of intriguing suspense and plot twists to keep you absorbed in the story. Although Imogen falling for one of the “baddies” she was investigating didn’t quite work for me.

I already said that I thought at times I felt the story was rushed, but I also found it to be slightly disjointed with all the flashbacks of different characters, eventually coming together to create one case.

The story was interesting, travelling along a good pace with a few twists and turns, and on balance it was a thrilling read, but it was let down by the ending which I felt could have been resolved a lot better, whilst still leaving the way for the next book. For me, it just ended rather abruptly, without resolving very much.

Katerina Diamond is a good writer and if you like stories that end with a cliffhanger and an open ending, then The Secret does the job. Whilst I personally was disappointed with the final chapter, it is still very much worth a read.