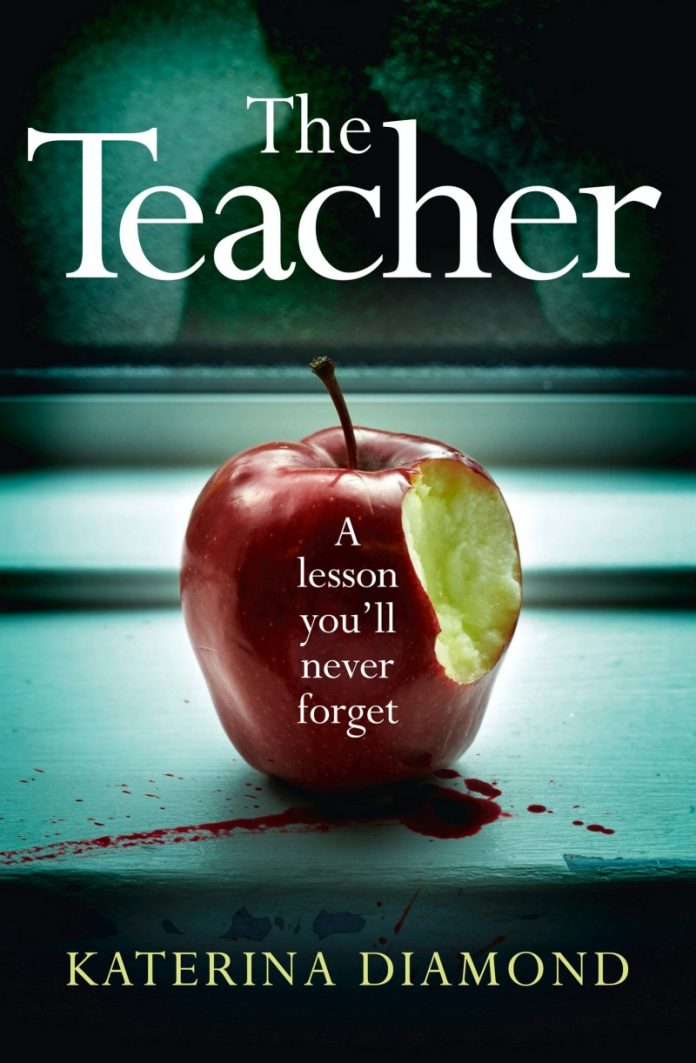 The Teacher is the debut novel by Katerina Diamond (first published in March 2016) and is the first book in the DS Imogen Grey series (I believe that there are six books in the series to date and you can find details of these on the author’s website). The tagline is “A shocking and compelling new crime thriller – NOT for the faint-hearted!”, and that is spot on!

An old book that is received in the post by the headmaster of an exclusive private school in Devon is the start of a series of gruesome deaths. The headmaster is the only one that knows the meaning of the book and results in him being found hanging in the assembly hall of the school. That is just the beginning of something much bigger and members of the old boy’s network attached to the school are being brutally murdered, some in the most gruesome fashion.

The school is hiding a terrible secret, something that has remained buried and forgotten about for a very long time, but secrets don’t stay hidden forever. 18 years later a victim returns to exact his revenge and punish his abusers for their crimes.

When a series of gruesome and brutal murders occur in and around Exeter, DS Adrian Miles and DS Imogen Grey are tasked to investigate and are soon involved in a very strange murder case. They need to find the killer to make the city safe once more. But with so much at stake for the potential victims and the dark secrets to be revealed both detectives become embroiled in a dangerous game that reaches further than they can imagine. They are drawn into a web of corruption, lies and exploitation and soon realise that to get to the bottom of it they can trust no one, not even their own colleagues.

The Teacher is a superbly written psychological crime thriller. From the very first page it pulls you in and doesn’t let up with it’s smart, gruesome and murderous story. It has excellent, well fleshed out characters, especially with the two detectives that come with their own problems, and an expertly crafted storyline that only reveals its secrets when the author is ready for you to understand more, especially as to the reason for the murderer becoming who he is now and why he was put through torture was something I never saw coming.

The Teacher is a fast-paced gripping, original and smart story. It is cleverly written and with its great characters, subplots and gruesome murder scenes it is a book that you won’t want to put down (unless you don’t like reading about well described murder scenes).

The Teacher is an excellent debut novel. It is gruesome, gory, thrilling and absolutely brilliant! Definitely not for the faint-hearted! A very promising opener to a new series featuring DS Imogen Grey.