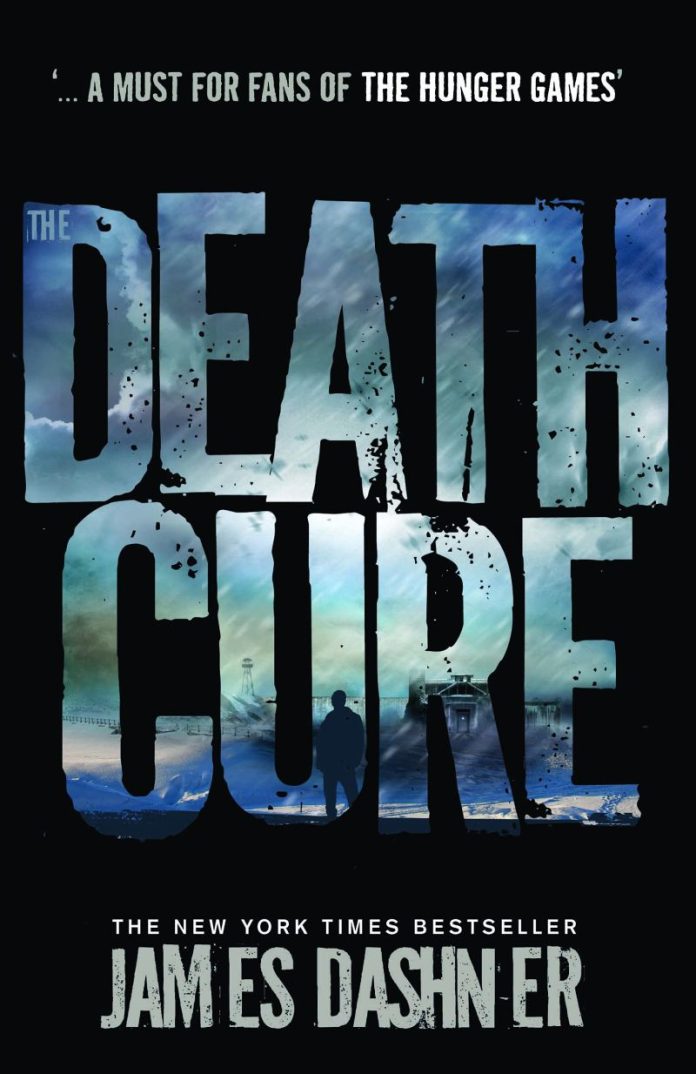 Books for young adults make some great exciting reading for teenagers, young adults and adults alike. I especially enjoy young adult dystopian novels like The Hunger Games. Recently I read The Maze Runner by James Dashner and was hooked – it is an excellent story and as it is a trilogy, I immediately moved on to book two in the series, The Scorch Trials (although a worldwide pandemic and extreme weather patterns with scorched earth is very real at the moment). I really enjoyed both books and had to start reading the last in the trilogy – The Death Cure. This is definitely a series that with grab the attention of teenage readers and hold it.

As we know from The Maze Runner and The Scorch Trials, WICKED were running experiments and testing variables on teenage subjects to try and find a cure for a worldwide disease. But now the trials are over! Thomas and his friends have survived the mystery of the maze with its deadly grievers, endured the Scorch Trials with its insane and hungry cranks (think of insane flesh-eating zombies) and scorched earth with extreme temperatures and now have one final test, a voluntary test, to complete to help WICKED complete the blueprint for a cure for The Flare, the virus that has caused massive damage to the world population.

But there is a problem. Thomas has been getting more of his memory back than WICKED anticipated and he knows that he can’t trust them. The time for lies is over. But the truth is more dangerous than anyone could have imagined.

Overall, The Death Cure is a fantastic conclusion to The Maze Runner series. An all-action race to save the world. The Death Cure is an exciting read that concludes the trilogy nicely, although some things are still left unexplained (there are two prequel novels to this series, The Kill Order and The Fever Code, that hopefully will explain in more detail about how the Maze, the Creators and the full extent of Thomas and Teresa’s involvement with WICKED and how they came about).

The Death Cure sees Thomas reuniting with his friends, old and new, in a post-apocalyptic dystopian sci-fi adventure that sees them taking on the might of WICKED – an organisation backed by world governments that uses people to its own advantage without their consent.

Whilst this is a series aimed at young adults, the series does feature a lot of violence, death and themes of horrible conditions and poor treatment imposed on the virus-ridden cranks, with The Death Cure probably featuring the most. I personally would recommend it for readers of 14+.

Character development is great, although some might be upset with some of the characters that are killed off, but it stops short of developing the conflicting love interest Thomas has with Teresa and Brenda, which I feel was a good thing as it would have distracted from the story too much.

The Maze Runner, for me, was still the best in the series but I did enjoy The Death Cure more than The Scorch Trials – there was more action that didn’t let up and more purpose to Thomas’s actions that was down to WICKED’s actions and goals slowly being revealed over the three books.

With some disturbing scenes that quite often feature scary, dangerous and violent situations that might upset younger readers but with plenty of shocks and twists along the way, The Death Cure is an excellent fast-paced, exciting, all-action conclusion to an excellent series that comes full-circle and is a rollercoaster thrill-ride.

The Maze Runner series is definitely a series that fans of dystopian sci-fi adventure novels and fans of The Hunger Games will love.