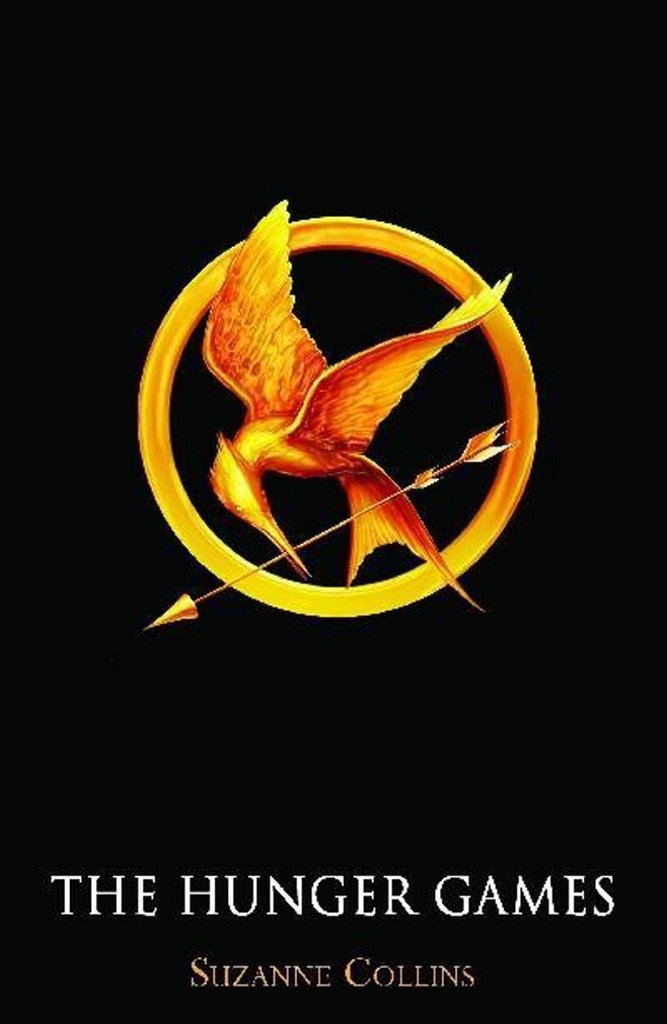 There are some truly excellent dystopian novels that a lot of us may have read, whether for pleasure or at school, such as George Orwell’s 1984, A Clockwork Orange by Anthony Burgess, Lord of the Flies by William Golding, The Handmaid’s Tale by Margaret Atwood or even The Stand by Stephen King. Now there is another to add to that list – The Hunger Games by Suzanne Collins.

I have watched The Hunger Games film and loved it but have never read the book, and I was missing out. The Hunger Games is a much better book than it is a film, and I thought the film was great.

The Hunger Games, by Suzanne Collins, is a sci-fi, dystopian fantasy novel for the YA (Young Adult) market, first published in 2008 and the first in a trilogy. It is a story of oppression, uprising, war, violence and poverty blended with love and celebrity influence. A story where 24 children have to fight to the death.

The story is set in the future in the post-apocalyptic nation of Panem, which is the remains of what was once the country that we called North America. Panem is controlled by The Capitol, an advanced city that dominates the twelve districts that it exerts complete and total authority over. There used to be thirteen districts, but District 13 was destroyed after a failed uprising, firstly to quell the uprising and secondly as a punishment and warning to the other districts. Born from this was The Hunger Games, an annual event to celebrate the crushing of the rebellion.

Each year, one boy and one girl, known as Tributes, between the ages of 12 and 18 years old from each district are selected through a lottery to play The Hunger Games, a reality show where the 24 “contestants” must survive and fight each other to the death leaving only one winner. A game designed to punish the districts with the massacre of 23 of their children every year, whilst entertaining the people of The Capitol.

The story is told through Katniss Everdeen, a sixteen-year-old girl, from District 12 – a coal-rich region that was once Appalachia.

Welcome to the 74th Hunger Games.

It is the annual Hunger Games lottery, known as The Reaping. All the names of the eligible children from the district are placed into a hat, and they can have their name in more than once. The district has assembled (they have to) for the selection of the boy and girl that will be chosen to compete and fight to the death. In District 12, a poor coal mining district, the boy and girl are selected, Peeta Mellark is the male tribute whilst Primrose Everdeen, who is only twelve years old, is selected as the female tribute. Katniss doesn’t want her little sister to take part so offers herself instead.

Katniss and Peeta leave District 12 for the opulence of The Capitol and undergo weeks of training and interviews, being well fed and looked after, until they enter their final arena. Once the games begin, all twenty four children have to try and outwit, outsmart, outlive their opponents, surviving by finding their own food or hopefully relying on small gifts from their sponsors, but ultimately they have to be last person standing which means that they must play their part in killing the others.

Overall, I loved this story, it is a thought-provoking and compelling read. Although it is a book for the YA market, it is definitely a book that adults, young and old, will enjoy, but probably not one for tweens. If you have seen the film, the book is so much better and feels more real somehow.

In a post-apocalyptic world, America is in ruins and what is left of it is ruled by the rich and powerful Capitol, overseeing 12 poor districts, using them as their worker bees and entertainment. It is a story of oppression and rebellion, rich against poor.

Readers will be riveted, engaged and enthralled with the story of a young girls struggle against a hard life and cruel government. It is a story of violence, friendship, love & war and politics that makes really interesting and exciting reading. A really intense story of survival and rebellion, from hunting in the woods that are out of bounds to defying political will, to the murder and massacre of innocent children for nothing more than television entertainment.

The characters are all great in their own unique ways; Katniss is a strong female lead who takes control of her own problems but subtly changes slightly throughout the book to be a very competent protector of others. She is feisty and very likeable. Peeta is very smart and loyal, Haymitch Abernathy is a fantastic surly drunk and mentor that provides humour to lighten some of the darker themes and Effie is just in a world of her but is efficient and strangely likeable.

The Hunger Games can, at times, be quite a dark, emotional and disturbing story with themes of murder and extreme violence but it is required to show how the authoritarian government has taken complete control over Panem and rule with an iron fist. But it is also very well balanced with love, friendship and romance.

The writing is excellent, and the plot is out of this world. It gives way to some really interesting ideas about freedom, free speech, politics, government, loyalty and sacrifice.

It is hard to sum up just how good this book is in a review without giving too many spoilers and ruining the enjoyment of the story, but if you do pick it up to read you will really enjoy it. It took me a long time to actually pick up this book and start reading it, but once I did, I couldn’t put it down.

A thrilling, riveting and exciting read, packed with action and suspense.