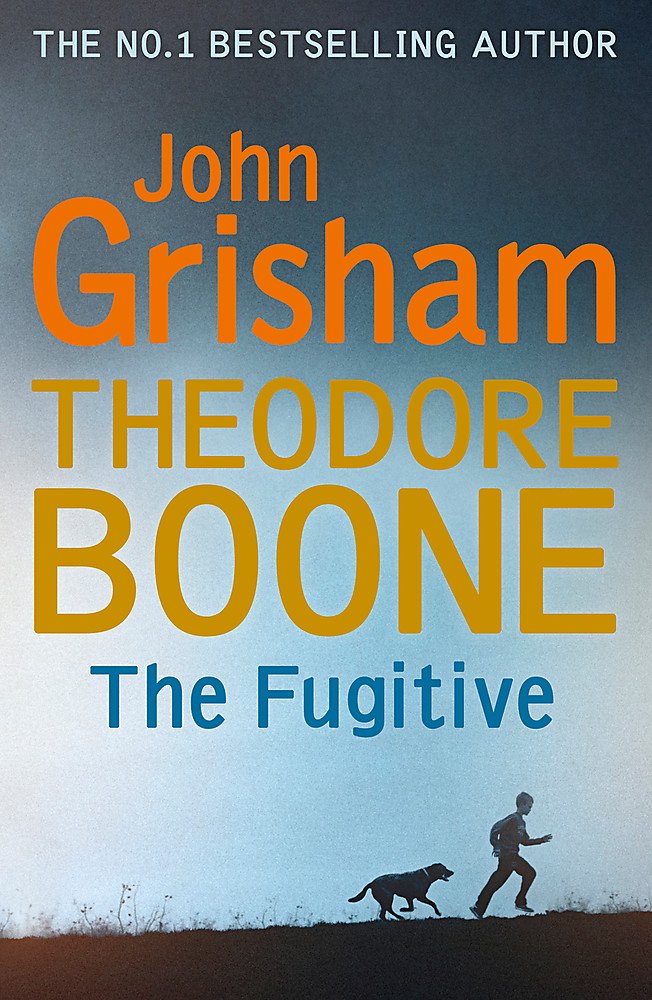 John Grisham is an excellent writer of legal thrillers, selling millions of books throughout the world. Nine of his books his books have even turned into films. Whilst adults love his books, Grisham also writes action-packed legal thrillers for children with his Theodore Boone series of books (aimed at children aged 10 years plus).

The Fugitive is the fifth book in the Theodore Boone series (published in 2015).

Theodore Boone is thirteen years old. Lawyers are a common trait in his family, he is the only child of lawyers Marcella Boone (Mother), Woods Boone (Father) and the favourite nephew of disgraced lawyer Ike Boone (Uncle). With his family of lawyers and a pet dog named Judge he is destined for a career as a lawyer. Surrounded by the law, law offices and courtrooms he has become a teenage lawyer that loves to investigate his cases.

In The Fugitive, Theo and his eighth-grade class are on a school trip to Washington DC. They are enjoying seeing the sights of their capital city and learning about American history. Whilst sightseeing, Theo spots Number 7 on the America’s Most Wanted list. Pete Duffy may be no 7 on America’s Most Wanted but he is the most wanted criminal in Strattenburg, Theo’s home town.  Duffy is wanted for the murder of his wife and is on the run after escaping from custody. After Theo spots him on a train, he soon becomes involved with the FBI and is on the hunt for an alleged murderer.

Duffy is soon apprehended and extradited to Strattenburg to face his trial. But Theo is getting in much deeper than he anticipated. Will justice prevail on will the killer’s associates stop the trial and set a murderer free once again?

Overall, I am a big fan of John Grisham and his legal thrillers aimed at the adult market so I was intrigued to see how he would translate and adapt his adult world of the legal system into courtroom adventures for children. After reading The Fugitive, all I can say is that he has achieved this very well.

Theodore Boone is a typical teenage boy and has a passion for the law and justice, not surprising as he comes from a family of successful lawyers. Theo has to balance his home, school and family life with his thirst for the very grown-up legal world and his desire to be a famous trial lawyer, or possibly a judge, very carefully. Although at thirteen he is completely sure of what what path he wants to take, so goes back and forth. With the help of his friend April, he manages to stay reasonably grounded.

In The Fugitive, John Grisham has written an entertaining and thrilling story about the capture and trial of a murderer. As this book is aimed at children and the young adult market Grisham has managed to incorporate all the legal technicalities into a readable format that children will understand and enjoy, without being bored and losing interest. The Fugitive is well-written and quite fast-paced, it shows the importance of doing the right thing even when you are unsure what to do.

I found this book to be an extremely enjoyable thriller for children, capturing all the legalities that you would expect to find in a courtroom drama and explaining the basics behind them without being condescending or patronising.

The Fugitive is an excellent legal thriller for children. Kids will love it, and so will adults that don’t want a heavy-going legal courtroom drama. This is the fifth book in the Theodore Boone series, but you do not have to have read the previous books to follow the story, although reading previous books will help with Theo’s backstory.

This series is a good and enjoyable, action-packed and entertaining introduction into the world of lawyers, judges and the workings of the judicial system for a young reader.