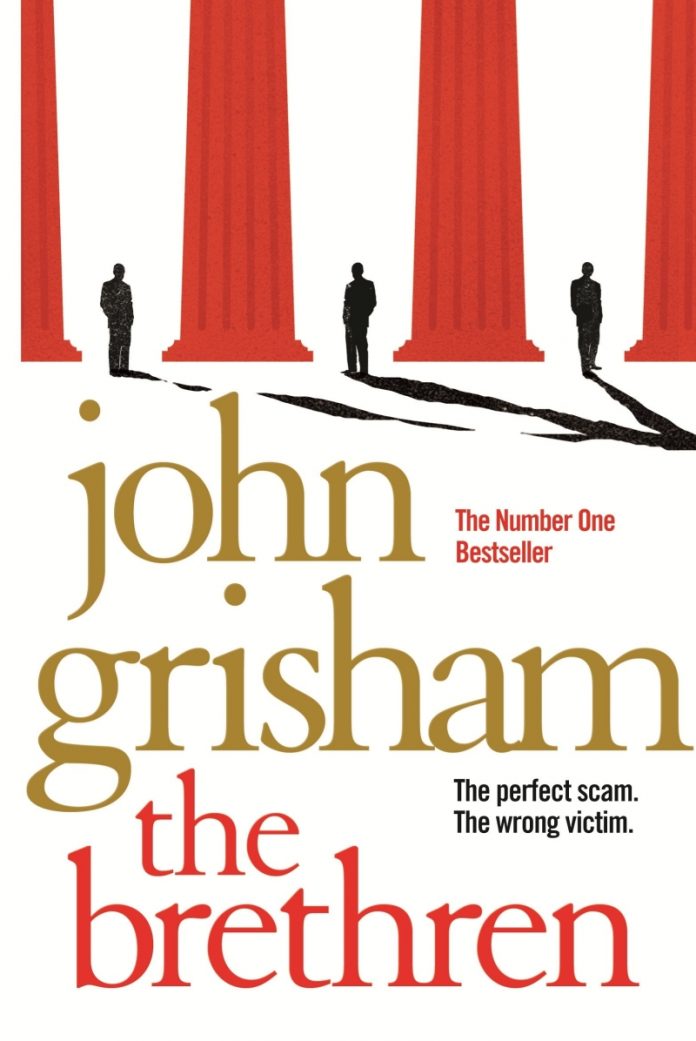 John Grisham is the master of legal thrillers, not just for adults but for children as well with his Theodore Boone series, and I love reading both his adult and children’s books. He always produces totally absorbing and gripping thrillers. They are so good that nine of his books have even been turned into films, including The Pelican Brief and The Firm among others.

The Brethren is also a legal thriller but this time featuring three convicted ex-judges, known collectively as The Brethren who are currently serving their time in a minimum security prison, the CIA and a powerful politician!

Ex-judges Joe Roy Spicer; convicted of skimming bingo profits, Finn Yarber; convicted of tax evasion and Hatlee Beech; convicted of drunk driving and killing two hikers are currently serving their sentences in Florida’s Trumble minimum security prison – home to drug dealers, bank robbers, swindlers, embezzlers, and tax evaders. Once a week they come together to hold court for the other prisoners – settling disputes and fights among the prison population. They have permission to do this as it creates a bit of stability within the prison. This is known as The Inferior Court of North Florida, but they are simply known as “The Brethren”.

But prison isn’t doing much to punish and rehabilitate them as each day they meet in the prisons law library to write letters. Letters to their legal teams or loved these are not, they are fine-tuning a mail scam with the aim of snaring as many victims as possible with the ultimate aim of blackmail to illicit as much money as they can. With help from a corrupt lawyer, they are soon bringing in lots of money.

But their scam soon goes awry and snares the wrong victim. Their latest victim is soon to become a very powerful figure and is surrounded by powerful and dangerous people who will do whatever it takes to keep his secrets. The Brethren have started to play a very dangerous game, but who will win?

Overall, The Brethren is an excellent, gripping thriller that is fantastic from start to finish, I found it very hard to put down. It has two plots; one of prison mail scams and blackmail and the race to become the most powerful person in the world; the President of the United States with the CIA’s involvement in politics. Grisham combines the two plots very well, creating one excellent story. It features crime, shady judges, CIA tactics, American politics, the Presidential race (a fictional one, not one involving a president that makes fact seem like fiction) and the race for information and power.

The Brethren was a different style than previous Grisham novels I have read, but it was well-written, absorbing and thrilling and I loved it. The characters, the setting and the plot come together well for a thrilling read.