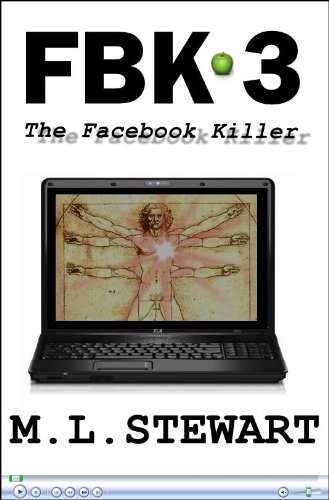 The Facebook Killer is part of a trilogy about a man who loses his family and takes revenge in Hannibal Lecter-style and this a review of book number three – The Finale.

The Facebook Killer parts one and two saw mild-mannered family man and workaholic banker Dermott Madison descend into madness and become a brutal serial killer after the murder of his wife and daughter. Now after spending years in a psychiatric prison for his brutal and gruesome murder spree he has been released and embarks on the final hunt and revenge attack on his wife and daughter’s killer. Justice will be served!

Dermott has spent years in prison for killing Adbul Hamid’s friends and family (his wife and daughters’ killer) in a revenge attack. Now released, Dermott and his other personas, Norman and Albert, are planning their final murderous act to bring an end to Hamid’s pain and suffering. And with an end in sight, they will be at their most dangerous.

Whilst Dermot and his “friends” have been incarcerated, Hamid has been working hard and has done quite well for himself. He now owns a large portfolio of clubs and properties, all paid for by drug trafficking. When Norman Johnson is released the “rage” is let loose again and Dermott with the help of his “friends” must track down Hamid, destroy his life and ultimately deliver Hamid’s final punishment, a slow, gruesome and very painful death before the police can close in.

Overall, this is my favourite part of the series (although you do have to have read the first two parts for it to make sense) and is much longer the first two parts combined. Dermott is back on social media tracking down his targets to get to Hamid. At first the choosing of his targets doesn’t make any sense it does soon become clear, there is a method to his madness.

The Finale, at first, it is quite hard to keep track of Dermott’s friends and can at times feel disjointed, but that soon passes. After starting this book, I couldn’t see how the story would progress any differently than the first two parts without just rehashing the same plot, but M.L. Stewart has managed to keep it interesting and with a very imaginative and twisty plot, especially the ending, and it does keep you guessing until the very last page.

The Facebook Killer as the whole three parts is definitely worth a read. As long as you don’t mind a very imaginative and creative story where at times you do have to suspend belief and read the books without thinking “that couldn’t happen if real life”, you are in for a thrilling, exciting, brutal and gruesome brilliant read. But there is a warning to come with these books, some of the torture scenes and murders are quite gruesome and gory so if you are of a nervous disposition this series is not for you.

The Facebook Killer is a very exciting and thrilling read and has a very imaginative and clever plot. It is a story that has you encouraging the serial killer to achieve his goals.