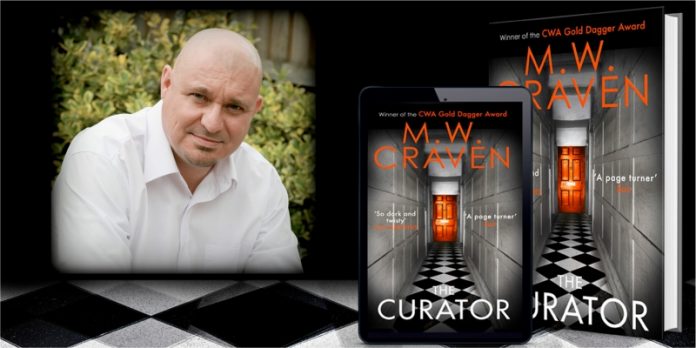 Carlisle-born M. W. Craven took up a probation officer role in Whitehaven in 1999. Seventeen years later, at the rank of assistant chief officer, he became a full-time author.

He is the author of two book series. The first, published under Mike Craven, involves DI Avison Fluke; a detective concealing debilitating side-effects as he returns to work after surviving cancer. The first Fluke novel, Born in a Burial Gown, was shortlisted for the Crime Writers’ Association Debut Dagger Award. The series is published by Caffeine Nights. His second series – the Washington Poe novels – are published by the Little, Brown imprint, Constable, under the name M.W. Craven. The first was published in hardback in spring 2018.

Over the past few weeks I have really enjoyed reading the Washington Poe series – The Puppet Show, Black Summer and The Curator. Mr Craven has been kind enough to answer some questions for me.

Why did you decide to pair up two completely different personalities, who, on paper, look like they wouldn’t work well together?

It was an accident to be honest. The plot for The Puppet Show was originally intended to be the third book in the Fluke series, but my agent wanted me to write something new. I lifted the plot and used that, but I didn’t want to simply rehash the characters. Fluke and Poe aren’t too dissimilar, but Fluke’s sidekick is a six foot five ex-Para. A tough as nails, rude as f**k, headcase. Great fun but I couldn’t do it again. So I went the other way with Tilly. Not like she is now, she was more streetwise at the start of the first draft. I was a third of the way through the first draft and Poe was still named TBC, but luckily someone misheard me quoting something from the Washington Post, said what’s the Washington Poe? I knew I had my name and wrote it in. But you can’t call a Cumbrian ‘Washington’ without explaining why, and when I worked out his name’s provenance, he became a far darker character than I’d originally intended. To balance this, I made Tilly a lot lighter and, as soon as I had these two bantering away together, these two loners, I knew I had something special. The [platonic] relationship between Poe and Tilly is the beating heart of the series.

How much further do you think you can take these characters?

They have loads left to do I suspect. The end of The Curator will leave everyone reeling and things won’t be the same for a while. That said, Dead Ground, Poe 4, is written and ready to go next June, Poe 5, The Botanist, is almost done and Poe 6, The Third Light, is fully plotted. Cut Short, a linked trio of short stories, including the recent freebie, ‘Why Don’t Sheep Shrink?’ is out in September. I have another short out in an upcoming anthology and another one out at Christmas.

As for how far the characters can go? That’s a good question. Poe has a personal arc he will have to solve at some point and Tilly will continue to grow, but not too much. In The Botanist, Poe might actually get to have a semblance of a love life, although as you might expect, it won’t be straightforward . . . And don’t worry, it will not, and never will, be with Tilly. They are extremely close but neither thinks of the other that way.

The Cumbrian moors feature heavily in the books. Why is that?

See something, say something. I’ve lived in Cumbria for 21 years now and have always enjoyed getting out and about. Describing what I see, to get the real Cumbria out of my head and on to the page, is important to get a sense of place, to ground a series, but I try not to overdo it. I also try to avoid the honeypots and give a little information on some of the lesser-known places. The stone circles in The Puppet Show are a good example. We have 63 in the county, far more than anywhere else in the country. 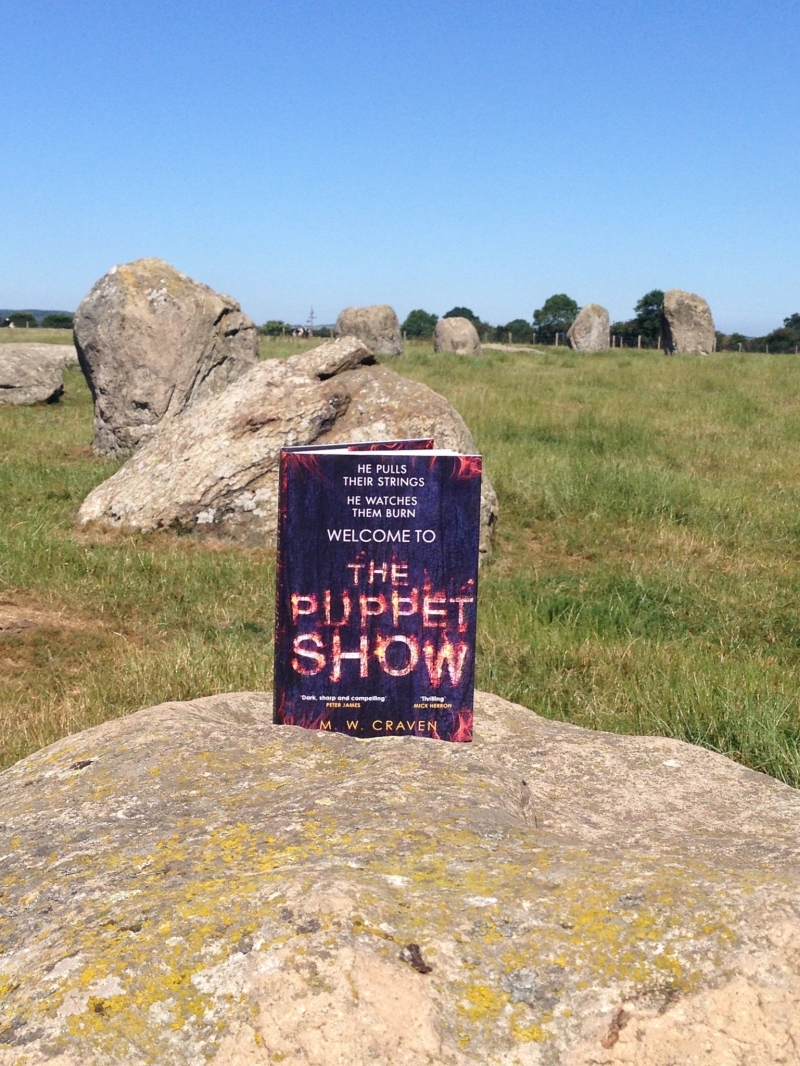 The murders featured in the books are all unique, shocking and surprising, how do you come up with the ideas?

I have a warped mind. When my wife finished The Curator, she looked at me and said, ‘What’s wrong with you?’ Saying that, I was a probation officer for 16 years and the reason for the crimes have to make sense to me. The bad guys motivation has to seem real, albeit nasty. That’s my starting point. Things tend to escalate from there . . .

What’s next for Tilly and Poe?

After The Curator, we have three short stories out in September, where Poe and Tilly are dealing with social distancing and self-isolation because of the coronavirus, and a new novel next year, when they go up against a man called the Botanist. He’s a sneaky so-and-so . . .

How long do you see the Washington Poe series lasting?

As long as I keep getting paid to write them.

Could you ever see the series as films (and if so, do you have anyone in mind for the parts of Tilly and Poe)?

The series was optioned for TV by Studio Lambert in 2017, a full year before The Puppet Show was published, and things are progressing nicely. However, because I know the actors the studio wants, that’s all I can see when I picture who would play Poe and Tilly.

How long does it typically take you to write a novel?

I always start the new novel on December 1st. I have a break for Christmas and then hit the computer. I aim to get it with my agent by late summer as invariably I’ll have December submission date. This gives us a chance to work on it before it goes to my editor. The draft I submit is never what ends up in the final book though. It goes through editing, line editing, copy-editing, desk editing and proofreading, and all this takes time. I’d say workwise, it’s the best part of a year to get from what’s inside my head to the finished product.

Lastly, what is your favourite book?

My favourite Poe book is the 4th, Dead Ground. My favourite book of all time is Night Watch by Terry Pratchett.

I would like to thank Mr Craven for taking the time to answer these questions. The Curator (Washington Poe #3) is published 4 June 2020.

To read my reviews for M.W. Craven’s books, click here. For more information about M. W. Craven and his books, visit www.mwcraven.com.