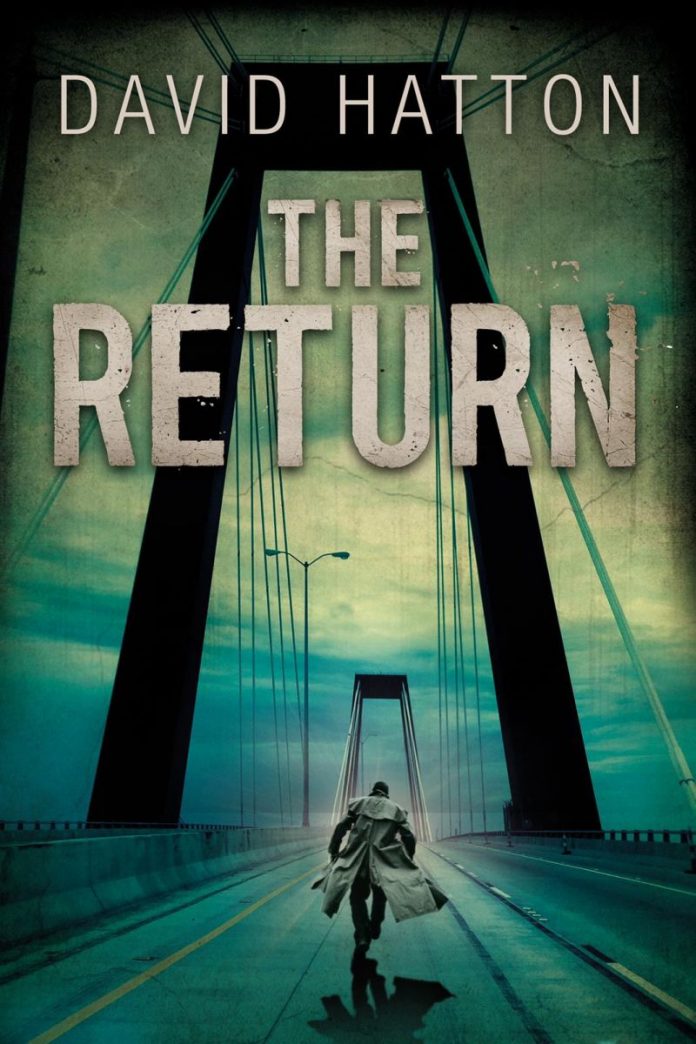 9/11, a date that will always be remembered and one that changed the world. On 11 September 2001, 4 commercial airliners were hijacked by terrorists, which ultimately ended in nearly 3,000 deaths and over 25,000 injuries. Sadly, that is not a work of fiction.

The 9/11 attacks are always going to be a very difficult subject to write a fictional novel about – how do you write a fictional story based on such real and tragic events? David Hatton has managed to write his debut novel around the subject and created a story that is handled in a very sensitive way. The Return is a story based around the attacks on the Twin Towers, without going into detail about them, and is the story of the emotional upheaval and turmoil surrounding one family caught up in them.

The Hahns are a normal family. They have problems just as everyone else does. On 11 September 2001, Marty Hahn goes to work as normal, doing a job that he doesn’t really like but with plenty of money worries really doesn’t have a choice. Then a commercial airliner hits the tower that he works in, eventually bringing down the tower.

His wife Beverly doesn’t see him again, he is presumed dead in the attacks and eventually declared so, eventually giving her a large pay out from the victim’s fund. On the tenth anniversary of the attacks, Beverly Hahn gets the shock of her life when her husband reappears. Rather than being something to rejoice about, it brings more problems. How is she going to tell her children that their father isn’t dead and wants to be part of their lives again? How does she tell all the people that supported her over the past ten years that her husband’s death was all a lie? What about the victim payment she received and spent? The return of her husband is going to unleash a new set of problems – including making her the wanted women in the USA.

Overall, The Return is a very compelling novel about one man’s deceitful actions to save his family that have far wider reaching issues and devastation. When a dead man makes a return, it shocks the entire nation – not just his family!

Whilst based around very real and very tragic events, David Hatton has created a very good story involving the attacks but handled it in a very sensitive and respectful fashion. Whilst the story features the attacks of 9/11, the real story is of fraud, love, loyalty and doing whatever you can to help your family and is extremely fascinating, exciting and thrilling.

I found The Return to be a very well written story that was interesting and a pleasure to read. The story had some good twists and turns (most I found predictable, but they didn’t take away anything from the story), and has some excellent real-feeling characters that despite their character flaws you just couldn’t help but like – you really do feel for them.

The Return is an enthralling and exciting read where you can’t help reading “for just that little bit longer”. A captivating storyline that delivers an enjoyable tale.

Click here to read my interview with David Hatton

A Dark and Twisted Tide by Sharon Bolton Review