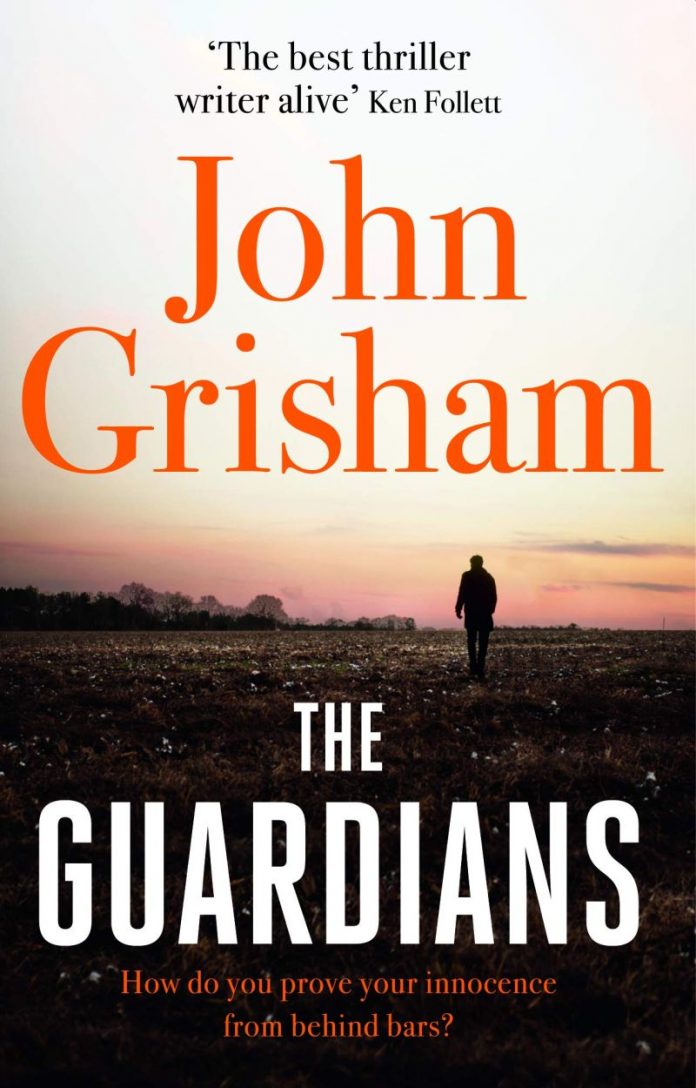 Some writers can churn out more than one novel per year. John Grisham, the master of the legal thriller, has written over 40 novels (including his Theodore Boone YA novels) in 33 years. Even after that many books they are still as interesting, thrilling and enjoyable as his first, A Time to Kill (published in 1989) and are not in any way becoming jaded. 300+ million book sales and still going strong.

The Guardians is John Grisham’s 40th novel. Published in 2019 it is a story of wrongful conviction, a workaholic innocence lawyer, and grave danger!

In The Guardians we are introduced to Cullen Post, a workaholic innocence lawyer who also happens to be part of the clergy – a lawyer and Episcopal priest all in one package. He works for a small firm, Guardian Missionaries, a small team of 4 that specialising in wrongful conviction cases and includes a man that Post had previously exonerated and is now the firm’s private investigator. He and Guardian are currently working on 8 cases after previously exonerating eight others.

The Guardians takes a look at a couple of cases but mainly focuses on the investigation into the wrongful conviction of Quincy Miller, a man who was framed to take the blame for the murder of his divorce lawyer in a small Florida town, sentenced to life without parole. He has so far spent 22 years of his life behind bars for a crime that he didn’t commit, and Post is convinced that he didn’t do it. He just has to find new evidence to prove his innocence.

Once Post starts to investigate, it starts to become a very dangerous case to be involved in. The further he digs he finds evidence of corruption and lies at all levels as well as a shadowy and extremely dangerous drug cartel hidden away in the background.

Overall, John Grisham’s The Guardians is a very good story. Written in the present tense it features a very high standard of storytelling. Whilst it does have a similar formulaic feel to some of his other books about wrongful conviction (Grisham is a member of the board of directors of the Innocence Project) it is still a very well-written interesting and enjoyable thrilling read.

The book is based around the true story of Centurion Ministries that was founded by James McCluskey. He worked to prove the innocence of the wrongly convicted. To date, Centurion have exonerated 67 innocent people (all of whom were serving life sentences of even facing the death penalty).

Whilst based on truth, the story of The Guardians itself is a very good work of fiction. It deals with corruption in the legal system, the death penalty, and how the legal system in the US shows prejudice. Grisham’s experience of being a lawyer and being part of the Innocence Project make the story feel very real.

With a cast of characters that are very well fleshed out, they are all excellent and believable, alive on the page.

The Guardians, whilst it may be similar and formulaic to some of his other books (and why not, it is a very successful formula that works well for him), it is a well thought-out story, one that is thrilling with plot twists that are hard to see coming. A very enjoyable read, especially for lovers of John Grisham or readers of courtroom thrillers (although a lot of the book is spent away from the courtroom).