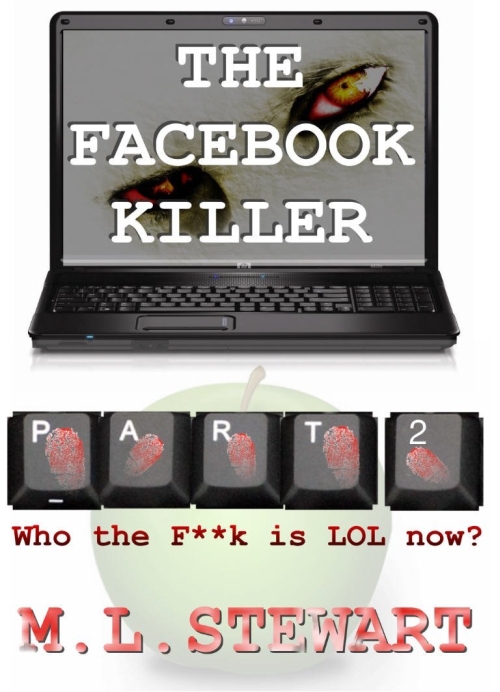 The Facebook Killer is part of a trilogy about a man who loses his family and takes revenge in Hannibal Lecter-style and this a review of book number two.

The murderous rage continues and is spreading its wings around the world in The Facebook Killer (Part Two) by M.L. Stewart. Dermott Madison’s quest for revenge of the murder of his wife and daughter is in full swing.

The Facebook Killer (Part Two) sees the once mild-mannered banker turned serial killer Dermott Madison travel to Pakistan, Mexico and back to England in his continued search to kill the friends and family of the man who murdered his wife and daughter and escaped justice on a technicality.

With Dermott’s revenge in action, having already tracked down and killed 11 or 12 people on murderer Abdul Hamid’s friend list, Dermott heads off to Pakistan to complete his kill list, that contains 5 more of Abdul’s family members (or apples) to kill. After his search and disposing of 3 out of the 5 family members, including killing one by way of suicide, he is struggling to find the last 2 apples (apples are what Dermott calls his victims). Eventually he locates them, they are working onboard a cruise ship. This new development sees him travel to Mexico to finish the last kills before heading back to England to finally end his revenge.

Overall, I really did enjoy this book. Not as much as the first part as I didn’t find part two quite as fast paced and gruesome as part one, after all the pace in the first set off quite quickly and featured a lot more killings. It is also probably a third shorter than part one so doesn’t fit as much in. that That said, it was still an enjoyable and gripping read bringing a near conclusion to Dermott’s (and the rest of his persona’s) revenge mission.

It has some very good twists and turns, as you would expect in books from this genre, and Dermott’s use of social media, gangsters and methods to kill make for a great story and thrilling read. The author has created a story where we are taken on a brutal, gruesome and murderous journey through the rapidly declining mindset of a psychological killer. You almost have sympathy for a killer, rooting for him to kill (and with as much gore as possible) and get away with murder.

I am not off to read Part Three – The Finale to see how Dermott completes his revenge.