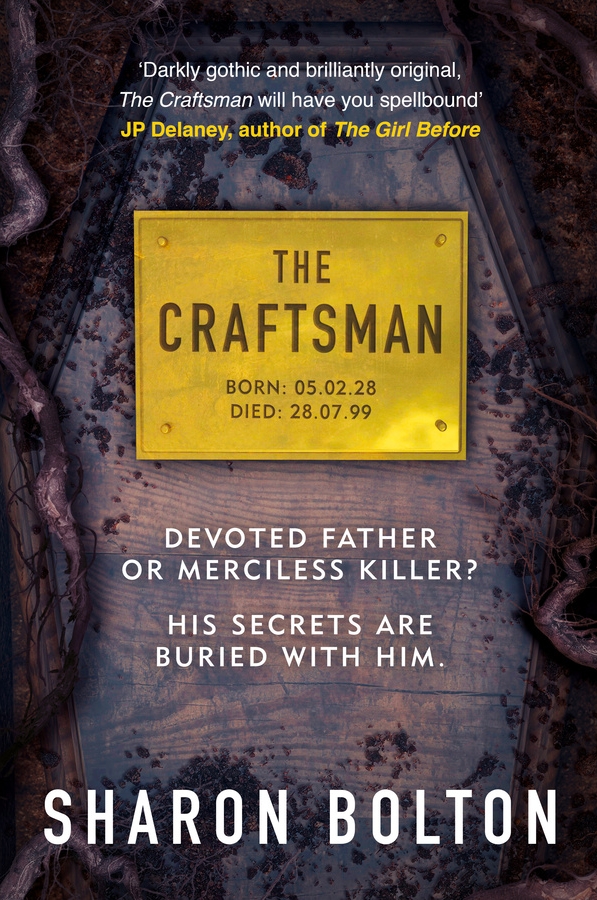 Sharon Bolton is a crime and thriller author (she has written standalone thrillers and the Lacey Flint detective series) and is back with her latest chilling novel The Craftsman.

The Craftsman is a story of missing children, sexism, murder, witchcraft, magic, the occult, human sacrifice … and voices from the grave! A standalone psychological thriller that is chilling and packed with suspense.

The story in set in 1969 when as the only female police officer Florence Lovelady was tolerated by her colleagues, given menial tasks to do (living making tea) but eventually with her dogged determination and intelligence finds a twisted child killer who likes to bury his victims alive.

Larry Glassbrook, a coffin maker and convicted child killer, has just died and Assistant Commissioner Florence Lovelady, of the Met Police, has returned to Pendle for his funeral. As WPC Lovelady 30 years previously she played a part in his arrest, which made her career. Larry had confessed to burying the teenagers alive but now that he is dead doubts start to surface about his guilt. Was he the killer or was there something altogether more sinister happening, and still happening 30 years on?

When Florence discovers her teenage son has gone missing and fears he will soon become the next victim of a child killer, Florence has to decipher Glassbrook’s secrets that he kept for 30 years to try and save her son.

Overall, The Craftsman is a good story, especially the final third of the book. While I didn’t enjoy it as much as her previous novels it is has a few twists and turns (and surprises) to keep the reader guessing.

The books is written in the first person, from the viewpoint of Florence Lovelady, a very troubled character, although is quite likeable with her intelligence and quest to seek the truth along with her disobeying orders. Despite the obvious sexism from her police colleagues and superiors she doesn’t give up and does her job the best way she knows how to.

Apart from Lovelady, there are also a great cast of characters, with my favourite being Dwane, the church gravedigger.

A chilling story packed with suspense and surprises that will keep you reading well into the night.

Kill Me If You Can by James Patterson Review

The Secret by Katerina Diamond Review