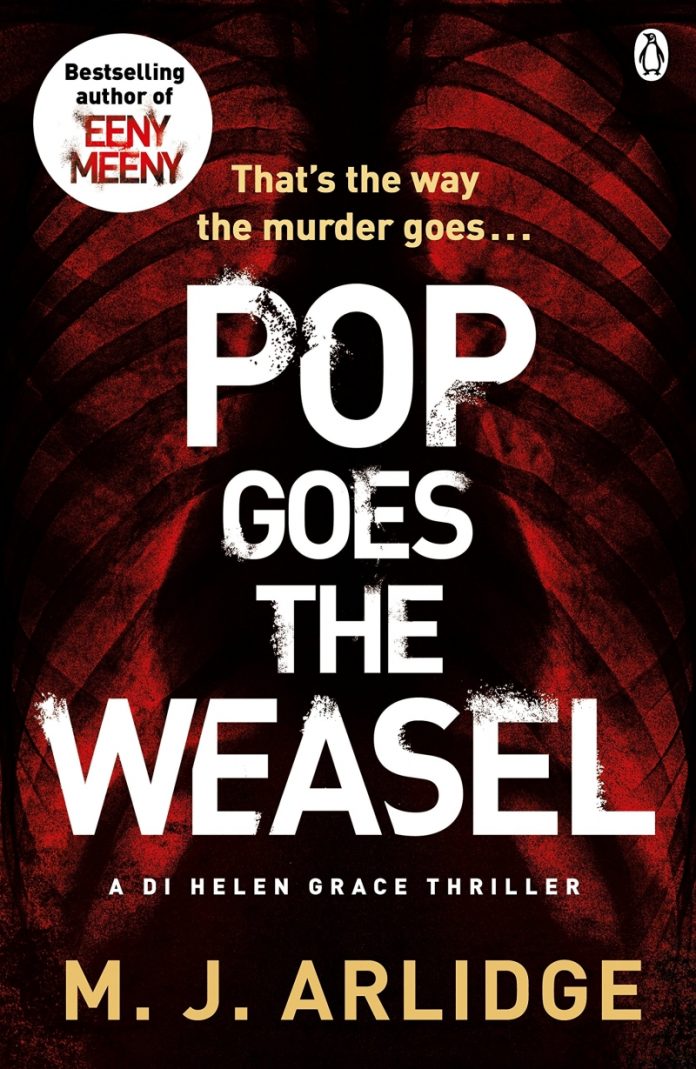 Wow! Pop Goes the Weasel by M. J. Arlidge is the second book in the DI Helen Grace crime thriller series and is so much better than the first, Eeny Meeny (which I absolutely loved).

Detective Inspector Helen Grace is back for a second helping and again on the hunt for a serial killer in Southampton. A very intelligent, cunning and brutal killer.

Pop Goes the Weasel starts with the body of a man found in an empty house in an unsavoury part of Southampton. His heart removed and delivered to his family. And just gets better from there!

This is the first victim in a series of brutal Jack the Ripper-esque murders – in reverse! This time there is no murderer killing prostitutes, but a prostitute killing her punters! But only punters that are married family men seeking out the favours of sex workers.

Overall, yet again M. J. Arlidge has written a fantastic crime novel, much more brutal and violent than Eeny Meeny, but, for me, much more enjoyable. This sequel has continued on from the first in the same fast-paced, thrilling action style while slowly revealing more about the heroine and lead character DI Helen Grace.

This time we see Helen Grace and her team not only hunting a very dangerous serial killer that loves to remove the hearts of her victims but also dealing with their personal lives after the fallout from Eeny Meeny. If you haven’t read Eeny Meeny then I suggest that you do as this series really does need to be read in order to get the full story and fully enjoy it.

Again, with its short chapters and heart-pumping, action packed storyline it is a fast read – at least for me anyway as I just couldn’t put it down.

With secrets being kept, secrets being discovered, great plot twists and DI Grace being a somewhat likeable/dislikeable character (although the more that is uncovered about her through this series, the more I like the character – but I don’t want to say too much about her flawed character as I wouldn’t want to ruin the enjoyment for any new readers), it is at times probably a bit overdramatic but makes it a truly fantastic read.

I am now hooked on the DI Helen Grace series and off to read book 3 in the series – The Doll’s House (at the expense of two new books that I am dying to read by Chris Carter and Richard Montanari, sorry).

Another hypnotic, captivating and thrilling read by M. J. Arlidge!

That’s the way the murder goes… Pop Goes the Weasel!

The Catfish by David Hatton Review