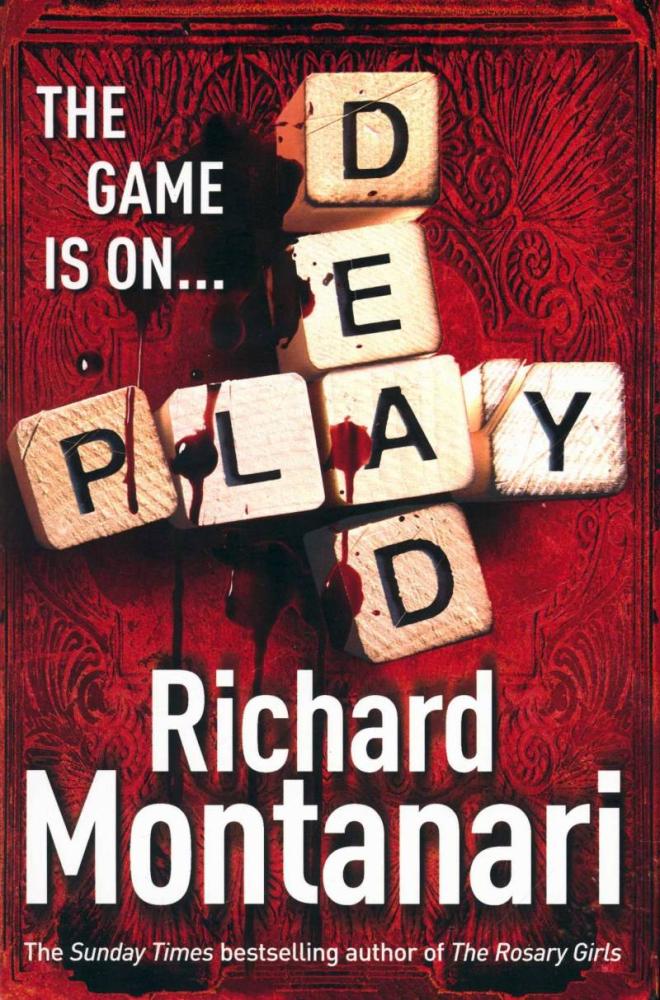 Play Dead, by Richard Montanari, is the fourth book in the Byrne and Balzano series of crime novels.

When the body of a missing teenager, 17-year-old Caitlin Alice O’Riordan, is found displayed in a glass case in the Badlands of Philadelphia with no sign of injury the case is assigned to SIU (Special Investigations Unit) detectives Kevin Byrne and Jessica Balzano. The SIU investigate cold cases.

When the police receive a telephone call from man who confesses to the murder of the teenager, a bizarre and twisted game is about to begin. With one murdered teenager already, this call leads them to a second, a dismembered teenager which the remains left in three boxes. This seems to be the work of a bizarre serial killer who loves to play games using puzzles, magic and illusion. He wants to put on a show that the world will remember!

The killer has been dubbed The Collector and has planned 7 depraved murders to complete his performance. Time is running out fast for the Philadelphia police department and the SIU.

Overall, Play Dead is a fast paced, exciting and different thriller. Rather than just another serial killer on the loose, the killer is recreating old magic tricks with a couple of exceptions to the originals, the “assistant” (teenage runaways) does not escape the trick alive and the 7 murders will create a larger puzzle in themselves based on a tangram puzzle using the city buildings as puzzle pieces!

I had never read any of Montanari’s work previously but I will certainly be going back to read more.

Play Dead is a well-written, engrossing story filled with great characters, plots twists, suspense and full of energy. A superb and fascinating story with a great twist on the usual serial killer novels.