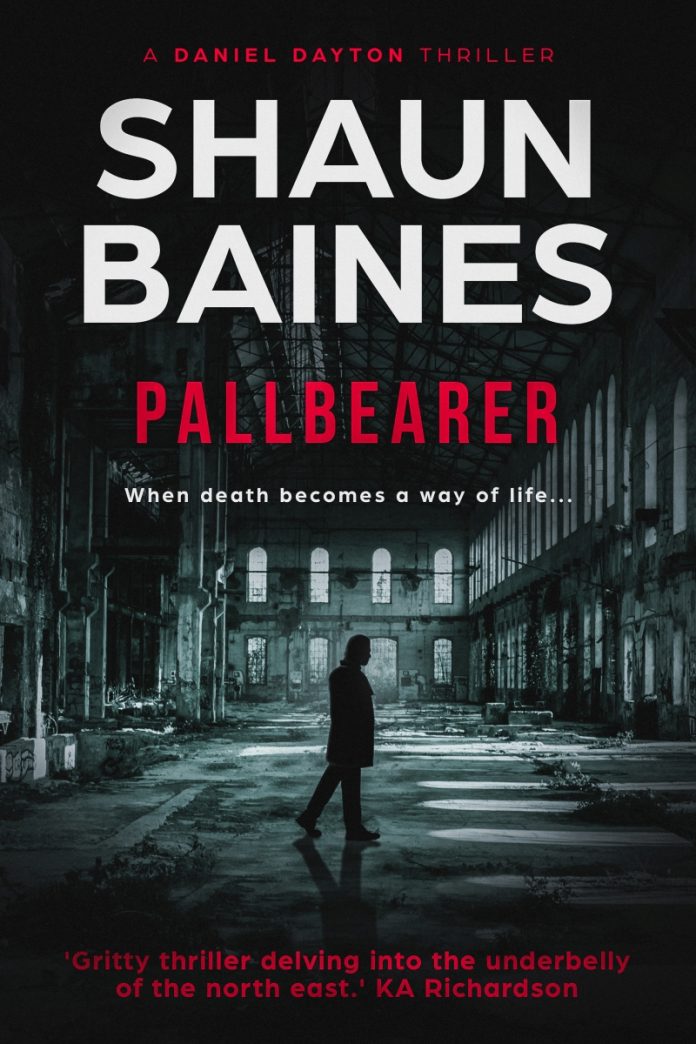 Pallbearer, by Shaun Baines, is book 2 in the Daniel Dayton series and the sequel to Woodcutter. It is a very violent, gritty, dark, gangster thriller set in the North East of England, featuring drugs, revenge, madness and death.

Daniel Dayton, a mountain of a man at 6ft 8”, was born into a life of crime with his criminal family. He is a feared gangster in Newcastle. Woodcutter introduced us to this extremely feared and violent criminal family and Pallbearer continues from where it left off.

The Maguire’s are another feared gangster family operating in the North East and the Angel Maguire has big plans to flood the streets with a new highly addictive designer drug called Blizzard.

Daniel is drawn in to a war that only one of the crime families can survive.

Overall, I found Pallbearer to be a great sequel. I love how Shaun Baines writes and tells the story. It’s captivating, brutal, violent and an excellent story which reads well.

It can be quite brutal with the violent scenes, but due to the nature of the story it works very well without being gratuitous.

The characters are excellent, well-written and Daniel Dayton is a brilliant anti-hero. Daniel Dayton is likeable despite his passion for violence. His young daughter, Eisha, is terrifying (I can’t wait to see how this progresses in the future, I’m hoping for a series all of her own).

If you like gangster novels that are dark and violent then I can highly recommend Pallbearer and the Daniel Dayton series, I couldn’t put it down and look forward to the next instalment. While I think it can be read as a standalone novel, I would recommend reading Woodcutter first to get the complete story.

An excellent read that will keep you on tenterhooks, reading well into the night!

*Pallbearer has been updated, rewritten and republished under the title Missing Things*

Click here to read my interview with Shaun Baines