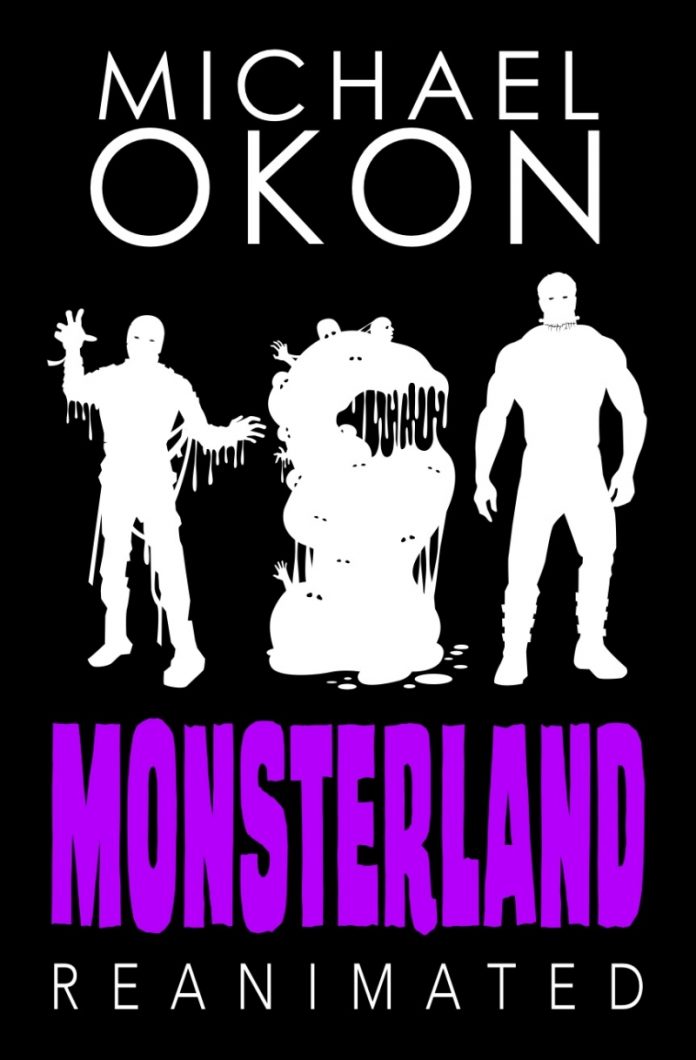 Monsterland Reanimated, written by Michael Okon, is the second book in the Monsterland series.

The worldwide Monsterland theme parks have been destroyed. The werewolves, vampires and zombies have been killed. World leaders are dead, and Vincent Konrad has been killed and his head ripped from his body. The world is in chaos as governments shut down. Monsterland was a disaster, or was it?

Wyatt and his brother Sean, along with his friends Howard Drucker, Keisha and Jade all survived Monsterland but with world leaders gone, communication systems not working, economic collapse and civil unrest the world is in a terrible state. With no information on what is happening in the wider wide, Wyatt and his friends have to travel outside of their small town to try and make contact with others, only to find that there is a new, and more dangerous threat, coming from the defunct Monsterland theme park.

With marauding criminal armies, mercenaries, mummies, an alien glob, a behemoth megalomaniac and shapeshifters, who will win the next battle in the Monsterland saga?

Overall, Monsterland Reanimated is a thrilling addition to the Monsterland series and, for me, much better than the first instalment. If Monsterland was thrilling then Monsterland Reanimated is heart-poundingly thrilling, edge of your seat exciting and a much more action-packed, captivating and harrowing story. While the zombies, werewolves and vampires may be gone they are replaced with an animated head, a version of Frankenstein’s monster, reanimated zombie mummies and a life-sucking alien goo in the quest for world domination.

Michael Okon is a thrilling writer and Monsterland is a well-written, gory, fantastical horror story that readers (aged 14 years +) will delight in. You will need to have read the first book to know the full story.

Monsterland Reanimated is exciting and thrilling story that will be very hard to put down.