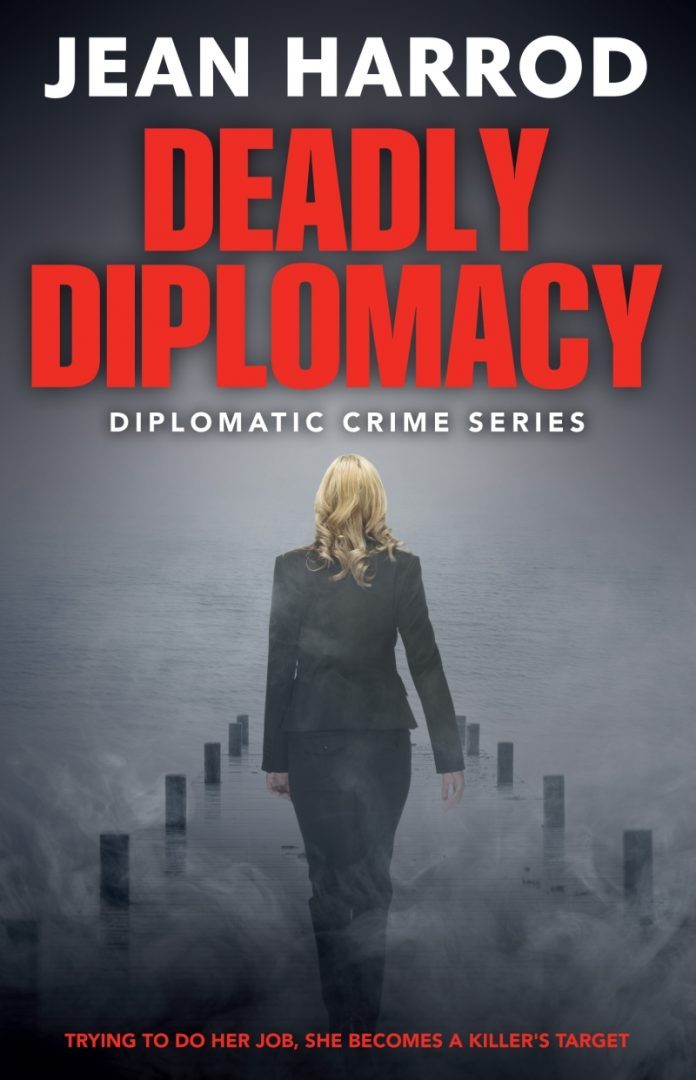 Deadly Diplomacy, by Jean Harrod, is the first book in the Jess Turner Diplomatic Crime Series and is a fast-paced, gripping thriller that will make you believe it is real!

British diplomat Jessica Turner is based at the British Consul in Canberra, Australia and is haunted by the death of her husband and 3-year-old daughter in a car crash, which she blames herself for. When a high-ranking British businesswoman is murdered at a hotel resort in Queensland, Jess has to travel to Brisbane to help with the victim’s family, in this case her journalist sister, and liaise with the police.

DI Tom Sangster is tasked to investigate the murder, which has government interest; the victim was involved in a multi-billion dollar energy negotiation with the Chinese government to supply liquid natural gas (LNG) and she was suspected of taking bribes.

When the victim’s sister, Susan, phones Jess asking for help as she is terrified of the police, the case is taken to a new level with government ministers, the intelligence community and key players within the business world all seeming to have something to hide. When Susan runs off with her sister’s diary a killer is soon on their tail and a dangerous game of cat-and-mouse begins. The killer is on the hunt and likes it!

With Jess and Tom both investigating different pieces of the puzzle they are soon forced to work together to get to the bottom of the mystery and stop a very dangerous killer.

Overall, while Deadly Diplomacy is expertly written and I would never have guessed this was the author’s first novel. It is fast-paced, gripping, exciting and tension filled making you feel you were there witnessing the events as they unfold.

The characters all have great depth and have not been overly glamorised and feel like real people. With the author being a former British diplomat herself this shows in Jess’ character and makes the workings in diplomatic service normal and not overblown or too far understated to make it dry or boring.

The Diplomacy Crime Series is sure to be a winner with murder, political intrigue, great characters, exotic locations and extremely well written and researched.