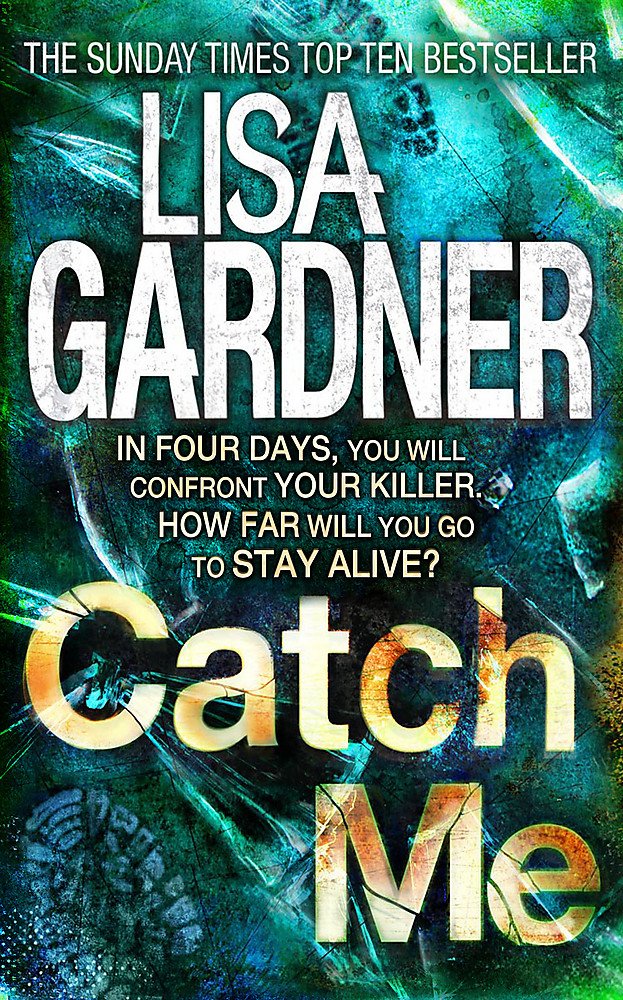 IN FOUR DAYS, SOMEONE IS GOING TO KILL ME … Can Charlene prevent her own murder?

I love reading crime and legal thrillers, and a lot of them involve a detective or two having to chase down a murderer after the crime has been committed. I had never read anything by Lisa Gardner before but with a tagline of In Four Days, Someone Is Going To Kill Me … it sounded quite different, unique and very interesting. I wasn’t disappointed. Catch Me is the sixth book in the Detective D.D. Warren series.

Charlene Rosalind Carter Grant is 28 years old and in 4 days, on 21 January at precisely 8pm, she will be murdered! She hasn’t received any threats of death, or any threats of any kind for that matter, so how can she possibly know this? For the past two years at 8pm on 21 January, one of her best friends has been murdered. She is the last in that group of childhood friends, so fears her turn is next.

For the past year she has been preparing to defend herself against any attack from an unknown assailant, learning to fight and shoot. Her friends were murdered without any kind of effort to defend themselves, there didn’t even seem to be a struggle of any kind, and it happened in the safety of their own homes. Charlene doesn’t intend to die that way, but what realistic chance does she have? She isn’t going to sit back and wait for death to arrive, so she moves to Boston and asks Detective D.D. Warren to investigate her impending murder.

This is a rather bizarre situation so needless to say Detective Warren doesn’t quite believe her story.

With no threats received or crime yet been committed, she feels there is no case to investigate. But she is very intrigued so starts to dig around. The more she digs around, the more she is convinced that Charlene is the prime suspect in a series of shootings of paedophiles. Is Charlene hiding a secret and could she be a killer?

Overall, Lisa Gardner’s Catch Me is a pulse-pounding, remarkable, well-written and exciting story. She has created some great characters with lots of depth and a plotline that has lots of layers and mystery. From the very page it catches hold and doesn’t give up its grip until you reach the conclusion.

The story is packed with plenty of twists and turns and left me unable to guess who the killer is as there are a number of possible outcomes. It builds the tension and suspense until the killer is finally revealed.

Catch Me is an excellent thriller. It is a fantastic story that deals with several different issues, the grooming of children over the internet, mental illness and of course murder. It really is a thrilling read!