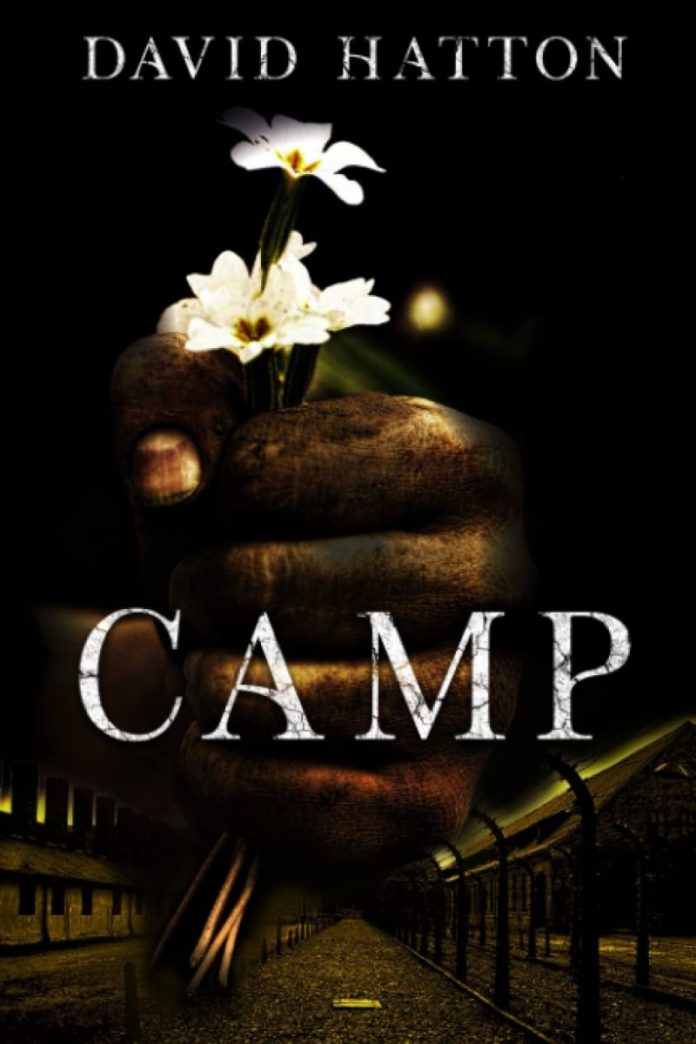 I loved reading The Exhumation and Catfish, written by David Hatton. Both novels are really unique and well told stories that deal with some difficult themes but are both handled extremely well and sensitively by the author. He made the stories relatable, real, very interesting, insightful, and very enjoyable reads.

David Hatton has now written his fifth novel; Camp. Again, this novel is another unique, insightful, and interesting story, again dealing with difficult themes and I found it to be an excellent and powerful read. For me, this has to be his best book of his that I have read to date, and certainly his most powerful.

Camp is a love story, a story of hate, a story of acceptance, a story of politics, a story of fascism and bigotry, and a story of the Holocaust and the concentration camps in Nazi Germany. This is the story of George, a man who endured the terrible mind-shattering brutality of the camps, and what was his crime? His crime was that he fell in love.

In 1925, teenager George Taylor has just left his rural town of Wakefield in West Yorkshire, crossed the Pennines into Manchester and is transported to a completely different life when he starts to attend university in a big city. He soon has an encounter that makes him question his sexuality and he soon realises that he is gay. Homosexuality in 1920s Britain isn’t accepted or tolerated, in fact it is illegal and has to be keep very secret. While working in a Molly House (gay bar) he makes friends with a transvestite and they decide to go off to Berlin in Germany, the gay capital of Europe. Homosexuality is also illegal in Germany under their Paragraph 175 law, but the law isn’t really enforced and for the most part you can openly be gay.

As he starts to settle into his new life, making friends and even finding love, the political tide is changing in Germany. The Nazi Party are starting to gain traction and popularity across the country and soon they get into power, destroying the very fabric of life for millions of people, including George. Brutal and unimaginable horrors wait for homosexuals within the Nazi concentration camps, especially those displaying the pink triangle.

Overall, Camp is a very brutal, heart-breaking and riveting read, and thoroughly enjoyable. Whilst it is a work of fiction, it is very much based on the very tragic and shocking events that took place during World War II and in the Nazi concentration camps, events that we may never know the full extent of.

We all know about the concentration camps and Jewish prisoners, but Camp delves into a side that a lot of people don’t know about the camps – the treatment of gay men. I had never heard of the pink triangles (used to identify homosexual prisoners), or really any of the other colour badges sown on to inmate’s uniforms to indicate their so-called crime. It is a very harrowing look at a time of our history that hopefully will never be forgotten or repeated, persecuting people in the most horrific of ways just because of their religion, sexual or gender preferences.

The writing in this story is very captivating, although can be quite harrowing at times due to the utter brutality of the concentration camps. It has very good characters and their stories are very well told. The things people had to endure whilst in these camps was just horrendous.

For me, this is definitely the best book I have read by David Hatton and probably one of the best books I have read this year, if not the best. It is a story of many levels that will leave the reader experiencing a range of emotions (especially as knowing the Holocaust and what happened within the camps is a very real thing and not a work of fiction from a talented author).

Camp is a fantastic but brutal and troubling story, sad on many levels but is broken up with small bits of humour and some twists. A really enjoyable tale based on some very true events.

Click here to read my interview with David Hatton