Since reading The Hunger Years by Suzanne Collins, it garnered an interest in dystopian novels in our house with the 12 year old fascinated by them. But why dystopian fiction? Why does it fascinate readers so much?

Dystopian fiction fascinates us because the protagonist(s) often rebel against authoritarian bodies or government who exert unjust authority and excessive social control over the people. The stories often mirror elements of our own society, religion, politics or technology and showing us what could possibly happen in future if things are left unchecked, creating a world much more frightening than it is now. For example, The Hunger Games is set in a post-apocalyptic world where tributes must fight to the death for the entertainment of the powers that be but more importantly to remind the people who is in charge and that forgiveness will never be given for a failed uprising, and to prevent any future uprisings. Dystopian fiction for young adults (YA) generally features teenage protagonists, like Katniss Everdeen, rebelling against an authoritarian figure or government/fighting for survival in coming-of-age stories written for readers 13 to 18 years of age.

As families with pre-teens and teenagers will already be aware of books and films such as The Hunger Games and looking for other books in a similar vein to keep their children reading and engaged with books, we have assembled as short list (not in any particular order) for teenagers and young adults to read (although they are also excellent for adult readers too).

The Hunger Games by Suzanne Collins 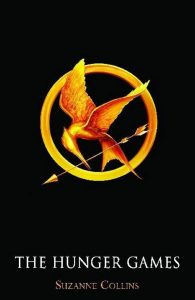 In a future North America, where the rulers of Panem maintain control through an annual televised survival competition pitting young people from each of the twelve districts against one another, sixteen-year-old Katniss’s skills are put to the test when she voluntarily takes her younger sister’s place.

The first book in THE HUNGER GAMES series. You can read our review of it here. 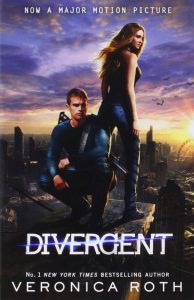 She turns to the future in a world that’s falling apart.

For sixteen-year-old Tris, the world changes in a heartbeat when she is forced to make a terrible choice. Turning her back on her family, Tris ventures out, alone, determined to find out where she truly belongs.

Shocked by the brutality of her new life, Tris can trust no one. And yet she is drawn to a boy who seems to both threaten and protect her. The hardest choices may yet lie ahead….

The first book in the DIVERGENT series.

The Grace Year by Kim Liggett 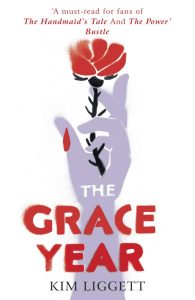 No one speaks of the grace year.
It’s forbidden.
We’re told we have the power to lure grown men from their beds, make boys lose their minds, and drive the wives mad with jealousy. That’s why we’re banished for our sixteenth year, to release our magic into the wild before we’re allowed to return to civilisation.
But I don’t feel powerful.
I don’t feel magical.

Tierney James lives in an isolated village where girls are banished at sixteen to the northern forest to brave the wilderness – and each other – for a year. They must rid themselves of their dangerous magic before returning purified and ready to marry – if they’re lucky.

It is forbidden to speak of the grace year, but even so every girl knows that the coming year will change them – if they survive it…

The Knife of Never Letting Go by Patrick Ness 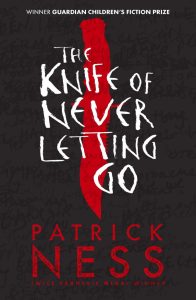 Imagine you’re the only boy in a town of men. And you can hear everything they think. And THEY can hear everything YOU think. Imagine you don’t fit in with their plans… Todd Hewitt is just one month away from the birthday that will make him a man. But his town has been keeping secrets from him. Secrets that are going to force him to run…

The first book in the CHAOS WALKING series. 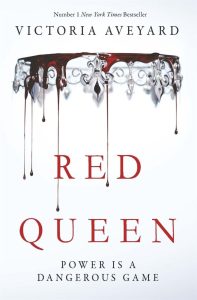 THIS IS A WORLD DIVIDED BY BLOOD – RED OR SILVER.

The Reds are commoners, ruled by a Silver elite in possession of god-like superpowers. And to Mare Barrow, a seventeen-year-old Red girl from the poverty-stricken Stilts, it seems like nothing will ever change.

That is, until she finds herself working in the Silver Palace. Here, surrounded by the people she hates the most, Mare discovers that, despite her red blood, she possesses a deadly power of her own. One that threatens to destroy the balance of power.

Fearful of Mare’s potential, the Silvers hide her in plain view, declaring her a long-lost Silver princess, now engaged to a Silver prince. Despite knowing that one misstep would mean her death, Mare works silently to help the Red Guard, a militant resistance group, and bring down the Silver regime.

But this is a world of betrayal and lies, and Mare has entered a dangerous dance – Reds against Silvers, prince against prince, and Mare against her own heart . . .

The first book in the RED QUEEN series.

The Maze Runner by James Dashner 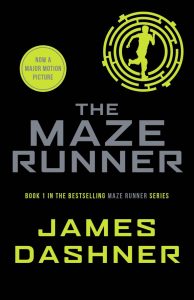 When the doors of the lift crank open, the only thing Thomas remembers is his first name. But he’s not alone.

He’s surrounded by boys who welcome him to the Glade – a walled encampment at the centre of a bizarre and terrible stone maze. Like Thomas, the Gladers don’t know why or how they came to be there – or what’s happened to the world outside.

All they know is that every morning when the walls slide back, they will risk everything – even the Grievers, half-machine, half-animal horror that patrol its corridors, to try and find out …

The first book in THE MAZE RUNNER series. You can read our review of it here. 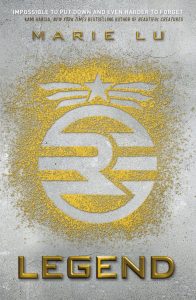 In Legend, what was once the western United States is now home to the Republic, a nation perpetually at war with its neighbours. From very different worlds, June and Day have no reason to cross paths . . . Until June’s brother is murdered, and Day becomes the prime suspect.

In a shocking turn of events, the two uncover what has really brought them together, and the sinister lengths to which their country will go to keep its secrets.

The first book in the LEGEND series. 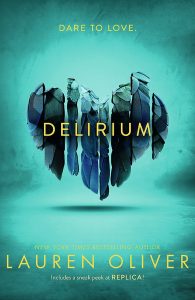 They say that the cure for love will make me happy and safe forever. And I’ve always believed them. Until now.

There was a time when love was the most important thing in the world. People would go to the end of the earth to find it. They would tell lies for it. Even kill for it.

But now love has been declared a dangerous disease.

Everyone who turns eighteen must be immunised with a procedure called the Cure. Lena Haloway is looking forward to being able to live the safe, predictable life the government claims the cure will bring. But meeting Alex, an enigmatic boy from the Wilds, might just make her question everything she’s been raised to believe.

The first book in the DELIRIUM series. 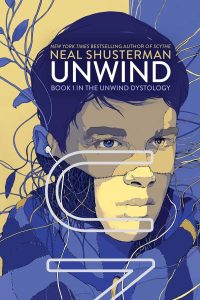 In a society where unwanted teens are salvaged for their body parts, three runaways fight the system that would ‘unwind’ them.? Perfect for fans of THE HUNGER GAMES.

Unwinding: the process by which a child is both terminated and yet kept alive. Unwinding is now a common, and accepted, practice in society.

Connor’s parents want to be rid of him because he’s a troublemaker.
Risa has no parents and is being unwound to cut orphanage costs.
Lev’s unwinding has been planned since his birth as part of his family’s strict religion.

Brought together by chance, and kept together by desperation, these unlikely companions make a harrowing cross-country journey, knowing their lives hang in the balance.

If they can survive until their 18th birthday, they can’t be harmed – but when every piece of them, from their hands to their hearts, is wanted by a world gone mad, eighteen seems far, far away…

The first book in the UNWIND DYSTOLOGY series.

Lord of the Flies by William Golding 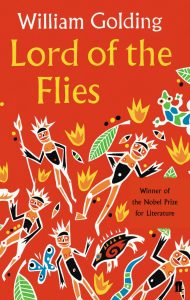 What are we? Humans? Or animals? Or savages? What’s grown-ups going to think? Going off-hunting pigs-letting fires out-and now!

A plane crashes on a desert island. The only survivors are a group of schoolboys. By day, they explore the dazzling beaches, gorging fruit, seeking shelter, and ripping off their uniforms to swim in the lagoon. At night, in the darkness of the jungle, they are haunted by nightmares of a primitive beast. Orphaned by society, they must forge their own; but it isn’t long before their innocent games devolve into a murderous hunt …

We hope you will enjoy some of these titles and have a great summer of reading. And if you get through this and want more, why not try George Orwell’s 1984 or Animal Farm. If you have read any other dystopian fiction novels that would be suitable for young adult readers and teenagers why not leave a comment below.

Tips for Reading with Children

Is Listening to an Audiobook Better Than Reading?