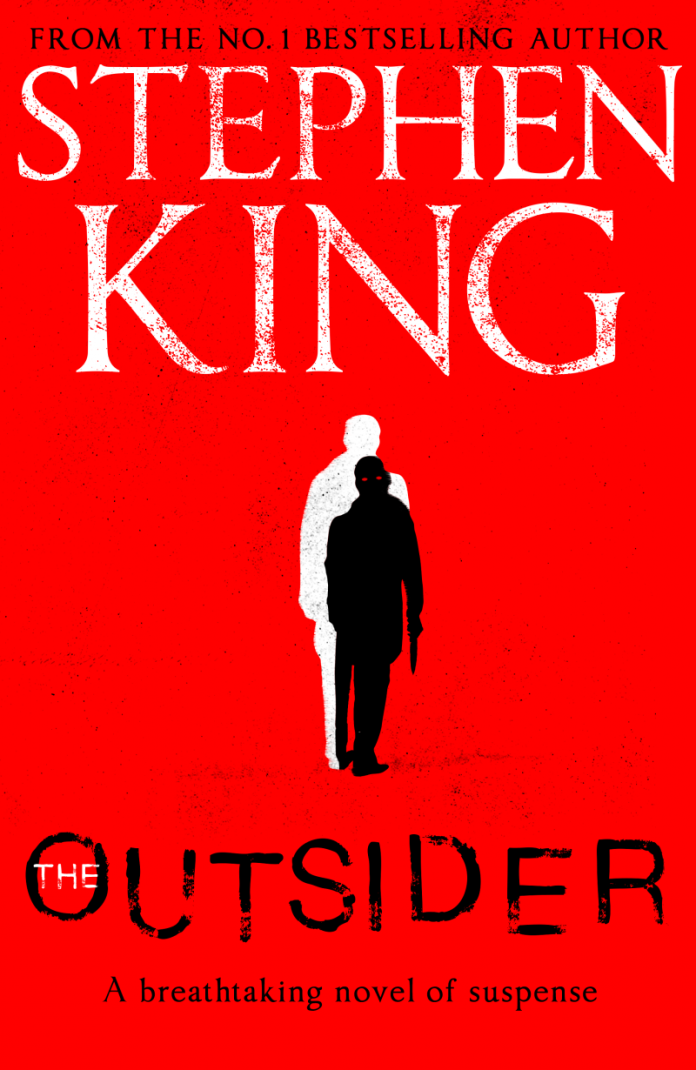 The Outsider, by Stephen King, is a supernatural suspense thriller that shows evil can have many faces… maybe even yours!

In the small-town community of Flint City, Ohio an eleven-year-old boy is found murdered and violated in the most brutal of ways. With a variety of eye witnesses, DNA evidence and fingerprints the town’s very popular Mr Nice Guy and Little League coach is arrested.

Detective Ralph Anderson is so horrified by the murder, especially as Coach Maitland coached his own son, orders him to be arrested at a baseball game, making it a public spectacle.

The only problem is, despite all the evidence the police have, Maitland has an alibi that puts him seventy miles away at the time of the killing. How could be possibly be in two places at once?

When what seems an ironclad case goes badly wrong, Holly Gibney from Finders Keepers is asked to investigate one aspect of the case and discovers some shocking information that is about to make the case very dangerous.

Overall, Stephen King’s switch from horror to crime thrillers I think has worked very well. The Outsider is a great story filled with suspense, thrills and the supernatural.

While I thought the first 100 pages or so where quite tame and at time at bit slow, it soon picked up the pace at a whirlwind pace.

There is quite an eclectic mix of characters and it was great to include Holly from the Bill Hodges trilogy (Mr Mercedes, Finders Keepers and End of Watch), she definitely livens up the story and I don’t think it would have worked as well without her.

The Outsider is a story of good vs evil but with the added components of scepticism and believing the “facts” that fit your theory!

An enjoyable read. Stephen King is still a master of suspense and horror.