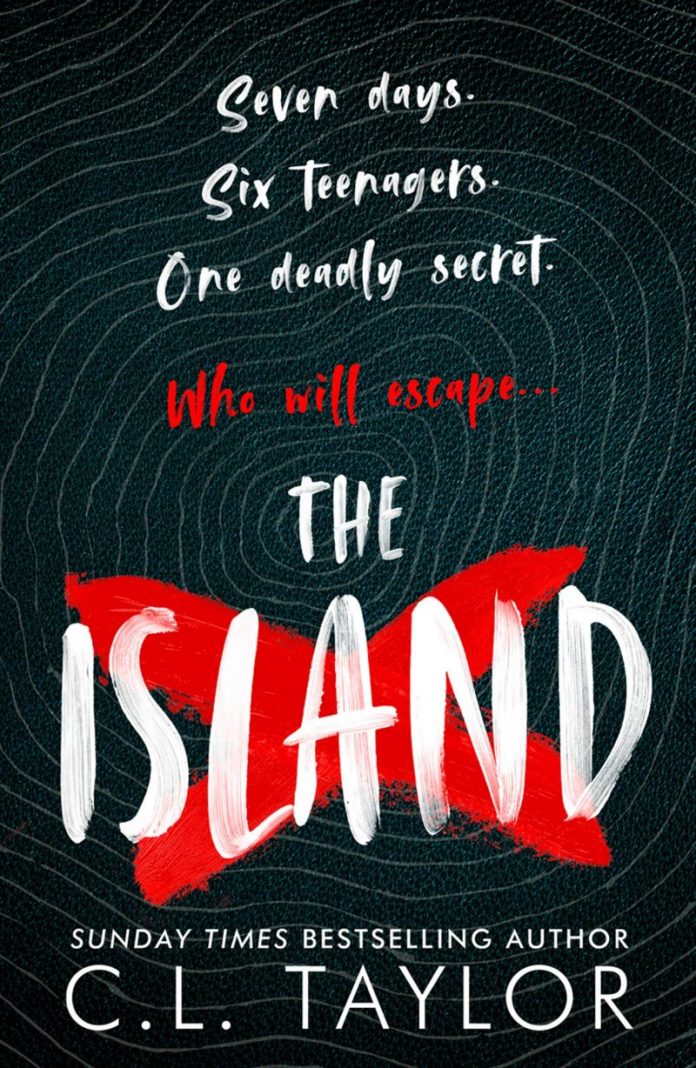 I have read a few of C.L. Taylor’s psychological thrillers in the past, and for the most part really enjoyed them. But as well as writing enjoyable psychological thrillers for adults, she also writes novels for young adults (YA). The Island is her second YA novel. After reading this I will definitely have to read her first, The Treatment.

Thailand, a holiday destination that lots of us would love to visit. In C.L. Taylor’s The Island, six teenagers do just that. Except what should be the perfect idyllic holiday turns into anything but.

The six childhood “friends”, Jessie, Danny, Milo, Meg, Jeffers and Honor, have been holidaying nearly early year together after their parents all met in an antenatal group. Now all aged 17 years old, they are an eclectic group with their own interests and are spread out mostly in different parts of the UK, only really meeting up as a group for their annual family holiday. Danny and Honor live close to each other and are a couple, Milo and Meg are twins and the rest do their own thing.

When a remote island is hired out for just their personal use for seven days, the six teenagers set off for a week by themselves and an experienced guide with no communication to the outside world, no televisions, no phones, no beds or hotel room, no stock of food, just a week of having to fend for themselves on an island jungle. It should be the perfect holiday, except their guide suddenly dies leaving them to fend for themselves and soon all of their worst phobias start to be played out. The perfect holiday soon becomes their ultimate nightmare.

Overall, I have mixed feeling about this story. I can’t even say that I didn’t like it or that it wasn’t enjoyable as I did like it and I did enjoy it, it just took me a while to get into it. Whilst there was a lot going on, at times there wasn’t much actually going on if that makes sense.

The Island starts with the hint that something terrible has already happened, but really takes its time drawing out the secrets with some plot twists along the way.

The story is narrated, for the most part, from the perspectives of Jessie and Danny – two characters that have their own secrets and issues. As the story slowly unfolds revealing more and more about them and the other members of their group, the tension is ratcheted up at a reasonable pace until the final 20% where the pace really increases and where I found my interest. This is where everything comes together at a fast pace, bringing together all the pieces with some good twists and turns and brings the story into a new light, making it a more enjoyable read.

For me, The Island is a thrilling story of survival and fear (think Lost, Lord of the Flies or The Hunger Games). It is a real psychological thriller dealing with fears and phobias, mental illness and ultimately grief. Whilst aimed at the YA market, I would say more suited to 14- or 15-year-old and upwards (or possibly a mature 13-year-old) due to some of the difficult themes that are tackled within the book (self-harm, mental illness, controlling behaviour, toxic relationships, death and grief).

C.L. Taylor has crafted a very well written and tension packed story that keeps you guessing and has some excellent characters. It touches on some very difficult issues without delving into too much detail and was overall a good read and will appeal to teenagers and adults alike.