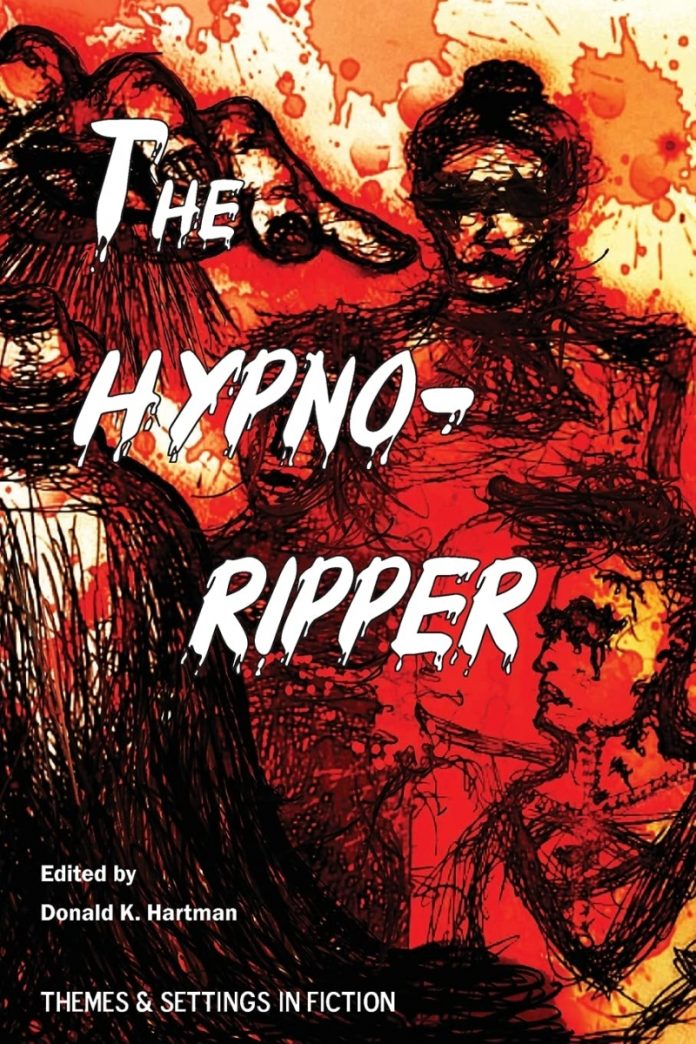 I would imagine that everyone has heard of Jack the Ripper, the world’s most infamous serial killer. Whether you like true crime “whodunnit” mysteries or just crime fiction, at some point you will have read or watched something about this nefarious and brutal murderer who was active in London’s East End of 1888. Over 130 years since his attributed spate of gruesome murders shocked London and the world, Jack the Ripper is still discussed and dissected with the mystery of who he was and why he did what he did still as big a mystery today as it was back in 1888.

I love reading about the subject, I find it fascinating how someone could commit the murders in the fashion that he did, with most on the street, and never be caught (at least knowingly caught and the crimes attributed to him). There are plenty of different suggestions and theories behind the murders, all backed up with some kind of “evidence” with suggestions of the reasons behind the murders ranging from a women-hating prostitute killer to ones involving the Royal Family. There are plenty of books written about Jack the Ripper, known facts as well as pure fiction, and ones that mix fact with fiction and I like reading them all. With that in mind, when I was asked to read The Hypno-Ripper by Donald K. Hartman you already know that I immediately said yes.

The Hypno-Ripper is a slightly different take on regular Jack the Ripper stories and involves hypnotism driving the murders. It is made up of two short stories about probably the world’s first known serial killer and is the second volume of the Hypnotism in Victorian and Edwardian Era Fiction series, the first volume being Death by Suggestion.

As mentioned, there are two short stories featuring Jack the Ripper and the Whitechapel Murders, with both featuring American suspects and hypnotism. The two stories featured were not written by Donald K. Hartman (the name on the book), just edited by him. The stories were both written around the time of the Jack the Ripper and the Whitechapel murders. They are both among the earliest written fictional stories dealing with the horrific and brutal crimes. Both stories have Jack the Ripper as an American who travels from New York to London to commit these terrible crimes, and the murders are carried out whilst under the influence of hypnotism.

The first story, “The Whitechapel Mystery; A Psychological Problem (“Jack the Ripper”)” is a novel authored by N. T. Oliver, and originally published in 1889 by the Eagle Publishing Company. The second story, “The Whitechapel Horrors”, is a short tale, published anonymously in two American newspapers, shortly after the murder of Mary Jane Kelly in November 1888. Donald K. Hartman believes that both stories were written by the same author and the conclusion to the book sees Hartman write a lengthy biographical profile on the author Edward Oliver Tilburn. “N. T. Oliver” was a pseudonym for the highly interesting Edward Oliver Tilburn. Besides being an author, Tilburn was a minister, actor, lecturer, secretary for several cities’ Chambers of Commerce, snake-oil salesman, Christian psychologist, as well as an accused embezzler, shady real estate broker, and a self-proclaimed medical doctor.

In The Hypno-Ripper, the first story featured, “The Whitechapel Mystery; A Psychological Problem (“Jack the Ripper”)”. This is a crime story starting in New York and involves a bank robbery with no obvious signs of any break in. The featured detective follows his number one suspect across the pond to London only to become embroiled and eventually completely involved in the murder of Whitechapel courtesans. I found this story to be very enjoyable, even when using common speak and trying to portray the East End of London accent. This is more of a novella when compared to the second story in the book. The use of hypnotism to commit the crimes is very interesting and makes very good reading.

The second story featured, “The Whitechapel Horrors”, is a very short tale and, for me, not nearly as enjoyable as the first story. Written as an anonymous newspaper story for two American papers in 1888, it is quite short and not nearly as interesting. It again features an American travelling from New York to London. Whilst visiting a doctor the protagonist is told he needs to completely rest his mind or suffer mental damage. At the same time the Whitechapel murders begin, and our central character is very interested in the newspaper reports and starts to look into more only to find he has a lot of knowledge about the murders. Because this is a really short story it lacks detail and depth and whilst interesting just didn’t hold my fascination that well.

The two stories are interesting, with the first longer story being the best of the two. To conclude the book, Donald K. Hartman has written a quite lengthy and in-depth piece about the author of what he believes to have been the writer of both stories. He gives his reasons as to why he believes the same man wrote both pieces and gives a well-researched background of N. T. Oliver. This piece is really interesting, well-written and gives a good insight into a very clever man that used his intelligence to pretty much con people and embezzle money from people and organisations.

Overall, The Hypno-Ripper with its mix of stories about Jack the Ripper and the Whitechapel murders, the added ingredient of hypnotism being a driving factor and the biography of the author it is an enjoyable read. The stories were written circa 1888 and do use language of the time in some places but this just adds to the charm of the stories. The biography of the author of the stories makes for very interesting reading and shouldn’t be skipped over, it really adds to the book.

If you have an interest in Jack the Ripper, crime stories or even hypnotism then I can recommend this book on all fronts. Fictional crime based on true events ensures that it is interesting and enjoyable, and it has been put together very well. It gives another unique take on the Jack the Ripper story and whilst it is a work of fiction the hypnotism angle makes it an enjoyable and absorbing book to read without just regurgitating the same old facts and theories. The Hypno-Ripper is definitely worthy of a read.

The Hypno-Ripper is available to buy from Amazon here.