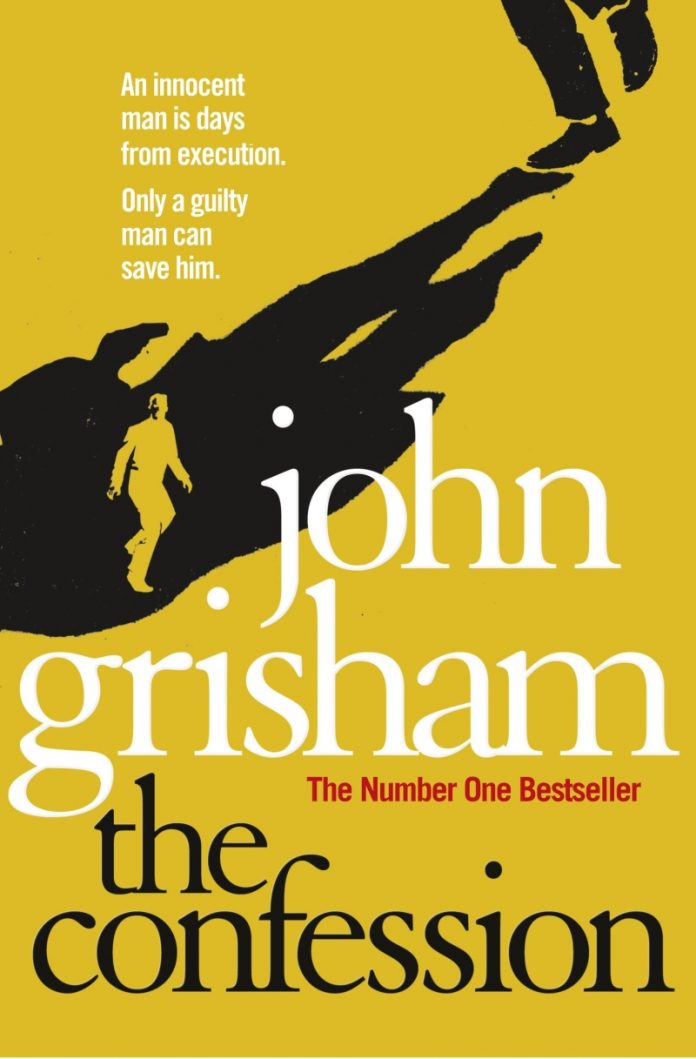 Crime, police procedurals and legal thrillers are a very popular genre and with legal thrillers, John Grisham is one of the first names that spring to mind. He is the master of legal thrillers, so good that nine of his books have even been turned into some very good films (at least I think so anyway, my particular favourites are A Time to Kill and The Client).

The Confession, published in 2010, is a story of wrongful conviction after a teenage schoolgirl is abducted and murdered.

In 1998, Travis Boyette, a serial sex offender who has spent more than half his life in prison, abducts, rapes and kills teenager Nicole “Nikki” Yarber. He buries her body where it will never be found, 6 hours away in another state. He sits back and watches as an innocent man, Donté Drumm, a high school football player with absolutely no connection to the crime whatsoever, is arrested, tried and convicted of the crime. Despite his innocence, Drumm is sentenced to death.

Nine years later, Drumm is still sitting on death row and is a week away from his execution being carried out. In the meantime, Boyette has his own death sentence, his health has been slowly deteriorating as the result of a terminal brain tumour.

400 miles away and reflecting on his own life and his past deeds and their consequences, he decides that it is time to make amends and confess to the murder of Yarber, freeing an innocent man in the process. He goes into a church to seek confession to try and free his conscious and with the aim of trying to get an innocent man off Death Row. He committed the act the other man was found guilty of and now he decides he needs to right the wrong and tell his story and save the other man’s live.

The law is not interested in his confession, as far as they are concerned, they have their man, and he will be put to death in less than a week. He has to somehow convince the lawyers, judges and politicians that the man they’re about to execute is innocent.

But can he succeed in freeing an innocent man and see justice properly served?

Overall, The Confession is an extremely enjoyable thriller right to the end. It is a tension-packed story about wrongful conviction, racism and the death penalty in America.

The pace of the story is excellent, not to fast, drawing out the tension and suspense right until near the end. The characters are strong and feel very alive.

John Grisham’s The Confession is a story about wrongful conviction and the death penalty in America that is an eye-opener. Not having a death penalty in the UK, it is far too easy to be in favour of it but The Confession shows how it is not the way forward. Whilst it is a work of fiction, it is far too easy for an innocent person to find themselves sitting on death row.

A very well written and interesting story that gives you something to think about. This is definitely one to read.