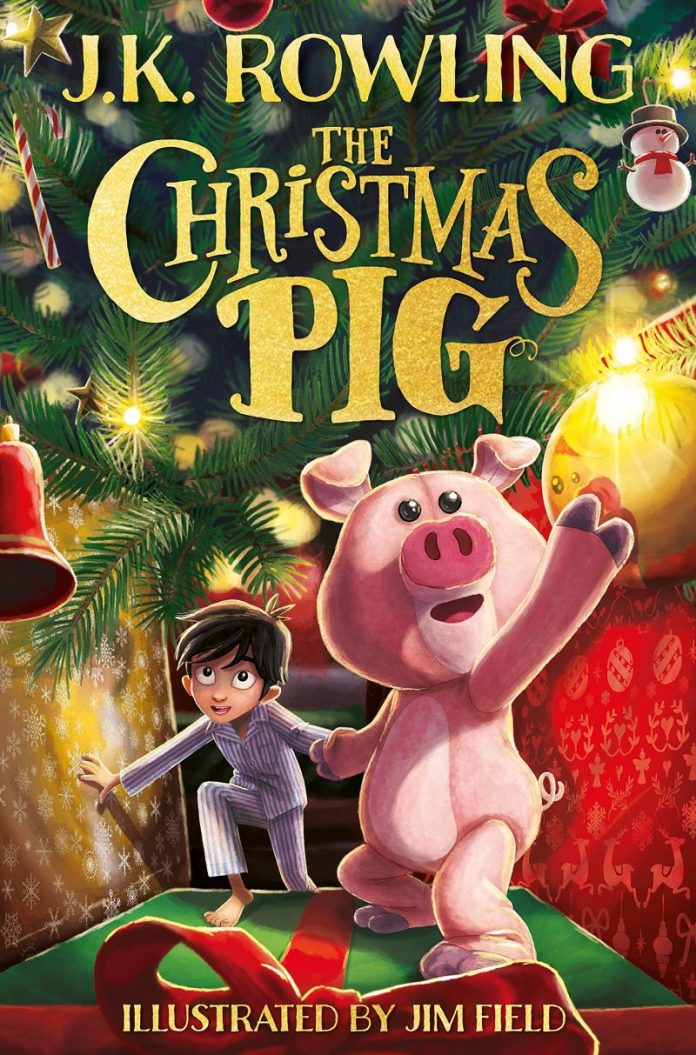 We are now entering a brand new year – 2022! We have just finished our Christmas festivities – a time for celebration, family fun and cheerful stories. Over the Christmas period I thought I would get into the festive spirit and read something Christmassy. But rather than read a classic story like A Christmas Carol by Charles Dickens, The Snowman by Raymond Briggs or even Letters From Father Christmas by J. R. R. Tolkien, I chose a book by another author that I have never read before and a much newer story. That author was J. K. Rowling, and the book was The Christmas Pig. And to be honest, having never read Harry Potter (or seen the films) I can’t compare the very different pieces of work so am lucky enough to not be judging this new one against HP, just purely on its own merits!

The Christmas Pig is the third standalone novel since finishing the Harry Potter series, a series that took the world by storm and is still going strong today (I will read it, I promise). The Christmas Pig is a children’s story about a young boy who loses his most prized possession and loved friend and the magical journey he embarks on to be reunited before the biggest day of the year, Christmas Day. If you have ever wondered what happens to those things that you misplace or lose, in the The Christmas Pig you will certainly find out!

‘Dur Pig’, aka DP, is Jack’s beloved toy – a small, but bedraggled and shabby, soft toy with a bean-filled tummy and comforting soft trotters, and smells of his mum’s perfume mixed with their adventures around the home and garden, everything that a young child could ask for in their favourite toy. Dur Pig is more than his comforting toy though, he is also Jack’s very best friend and confidant.

When Jack loses his favourite toy, again, he is absolutely distraught. The replacement (Christmas Pig) he receives just isn’t the same! But Christmas is a very magical time of the year, and he has to venture from the Land of the Living into the Land of the Lost, where all lost things go, with the help of Christmas Pig and the Things to locate and bring home DP. But whilst The Land of the Lost may be home to a multitude of missing things, it is also ruled by The Loser – the stealer and keeper of human things who must be avoided at all costs!

Overall, J. K. Rowling’s The Christmas Pig is a very charming and heart-warming story that is filled with magic and adventure and some beautiful insights into a child’s imagination (I particularly liked that a two year old Jack though recycling was a bike ride). Children aged 8 and above, as well as adult readers, will not be able to stop themselves from turning just one more page to follow Jack and the Christmas Pig’s adventure through the cities of a magical land.

Whilst it is a story of the loss of a favourite toy and the quest to find it, it is also a story about love, grief, friendships, emotions, family dynamics and dealing with change.

The Christmas Pig is an imaginative magical adventure set in a surreal world where forks, earrings, toys and even bad habits, ambition and happiness are among some of the missing items that have been lost but have come alive in their own little world. It is a fun adventure story, although some younger readers might find some bits scary and even upsetting in some small parts, but extremely enjoyable.

To enhance the story and let you imagine what the cities in the Land of the Lost look like, Jim Field has done an excellent job of adding some really beautiful and detailed illustrations that just complete a fantastic story.

The story is packed with some really imaginative characters, sadness and humour that transform a book that starts off as a family drama into a magically surreal enthralling fairy-tale that readers will devour.

Baboon on the Moon by Claire Bates Review

When Moggie and Froggie met Doggie by Julia Stebbing Review