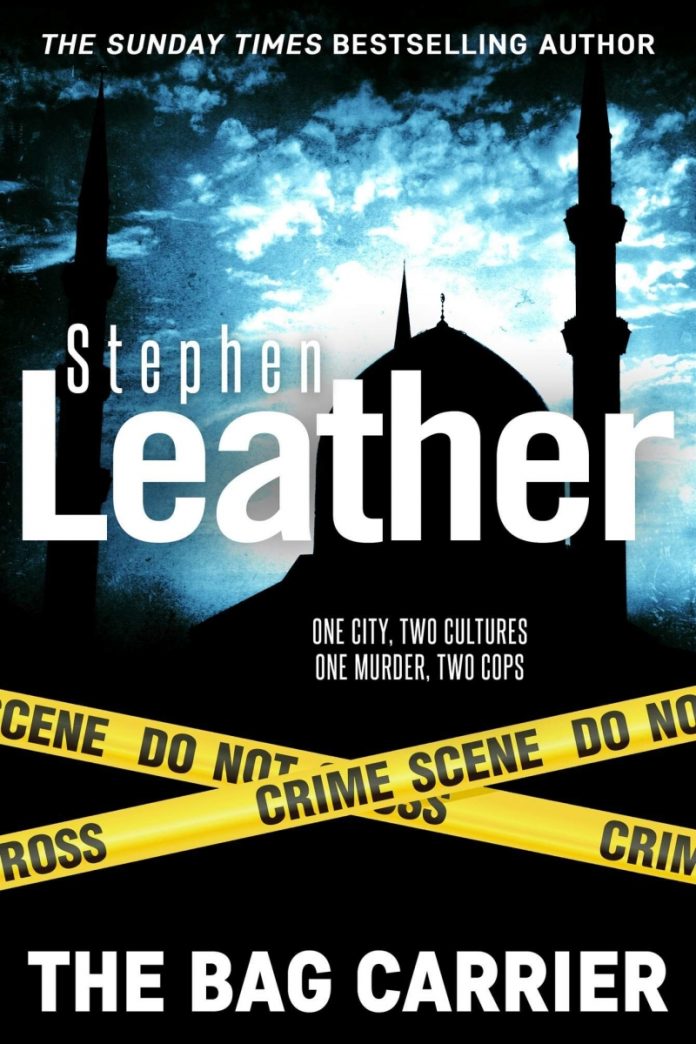 At first glance, The Bag Carrier is yet another story of a murder and the police attempts to find the killer. Then you see the authors name and know that it will be different from others on the shelf as you can guarantee Stephen Leather will add his own uniqueness to the story, and he has done just that.

If you are expecting a story in the same vein as Jack Nightingale or Dan “Spider” Shepherd then think again, this is a different type of story.

When the dead body of a white Muslim convert is found after prayers inside a mosque, Detective Inspector Harry Porter is tasked with finding the killer, but with political correctness, racial stereotyping, ignorance of the Muslim community and customs, the Muslim communities mistrust and hated of the police along with a new partner (Mohammed Salim Nasri aka Sal), it is going to be a difficult case to solve.

Overall, this is quite an interesting story to read even though it is a very big departure from the Spider Shepherd novels. The story has many layers and whilst at heart is basically a simplistic story of a murder and a detective’s mission to solve it, it is quite complex in the subject matter of race, religion and police politics.

Told from the viewpoint of both detectives, alternatively in each chapter, an old-fashioned British policeman and a fast-tracked young Asian detective, the narrative offers a unique take on the same story from two different perspectives. Both detectives are flawed and have plenty of secrets.

The Bag Carrier has a good plot but can be a bit slow and distracting at times but is definitely worth a read. It was not quite what I expected, although I’m not really sure what I was expecting, and is very different than Stephen Leather’s usual writing but it is very entertaining.

With well thought-out characters, there is scope to develop them further if there are to be subsequent books making it a series. The characters both have their ups and downs and at times are both loved and hated.

The books tells a story of murder, Islamophobia, hatred, no trust of the police, racism and political correctness and deals with subject matters that could have easily gone the wrong way, killing the book. With racial prejudices and stereotyping, Jihadists, religion and police procedure mixed with political correctness and inference from other security services, I think it has been handled very well without sugar-coating it or making too unbelievable. As with Stephen Leather novels, there are plenty of the usual twists and turns to keep you intrigued and guessing until the conclusion of the story.

For me, the ending was a bit tame, but that said, there wasn’t anywhere left for it to go without making a nonsense of the story or dragging it out.

The Bag Carrier is a very interesting read with characters that I would like to see develop further into a new series from Stephen Leather. He writes thrillers very well and I can a series based on the two lead detectives doing very well.

The Whisperer by Jenna Grey Review