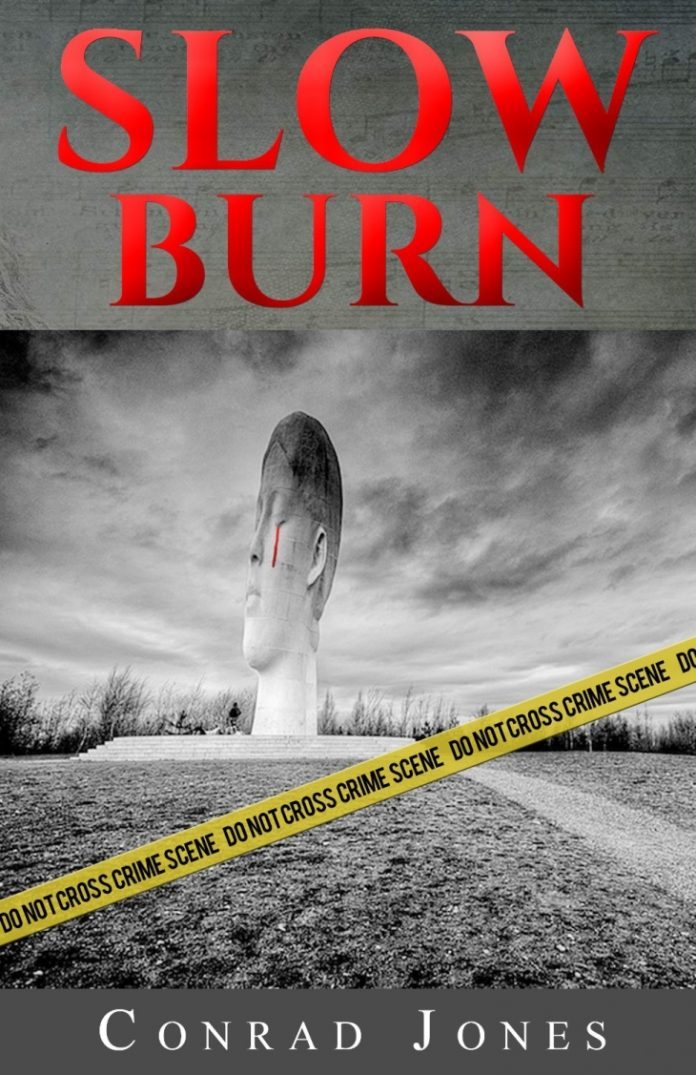 Slow Burn by Conrad Jones, author of The Child Taker, is the second instalment in the Detective Alec Ramsay series and is explosive in every sense of the word from the first page to the last.

When a car bomb explodes outside a mosque the police start looking into racially motivated extremist groups but as Detective Superintendent Alec Ramsey delves deeper into the investigation it soon becomes apparent that it is anything but.

Richard Bernstein is being bullied by a group at school. He is beaten, stabbed and barely escapes with his life. This same group also drug and rape his 14-year-old sister, which sees her unable to cope with the situation. When justice is not served, and the case is thrown out of court because of her reputation Richard and his friend are sent to prison for the murder of one of the men involved. The family is completely torn apart.

The perpetrators are now free to continue their life of crime and do very well for themselves, earning millions selling drugs and guns and in people trafficking. They soon become one of the most feared gangs in the North of England who the police and security services seem unable to do anything about.

After more than a decade of simmering hatred the Bernstein brothers reunite with their friend after his release from prison and plot their revenge.

Overall, Slow Burn is a gripping and imaginative story of revenge. It involves torture, extreme violence and murder and is nothing short of brilliant. I could not put this book down and read it in one sitting.

The story moves between the 1980’s and present day with ease, building the backstory of the events leading to why the revenge attacks are taking place.

The characters have been really well thought out and are portrayed extremely well on the page. They draw you, keeping you reading as to find out what happens next to them. The characters are very vivid and the violence is very graphic and believable. A great action-packed and compelling story with twists, turns and surprises.

If you love thrillers then this is definitely one to read, I could not put it down!