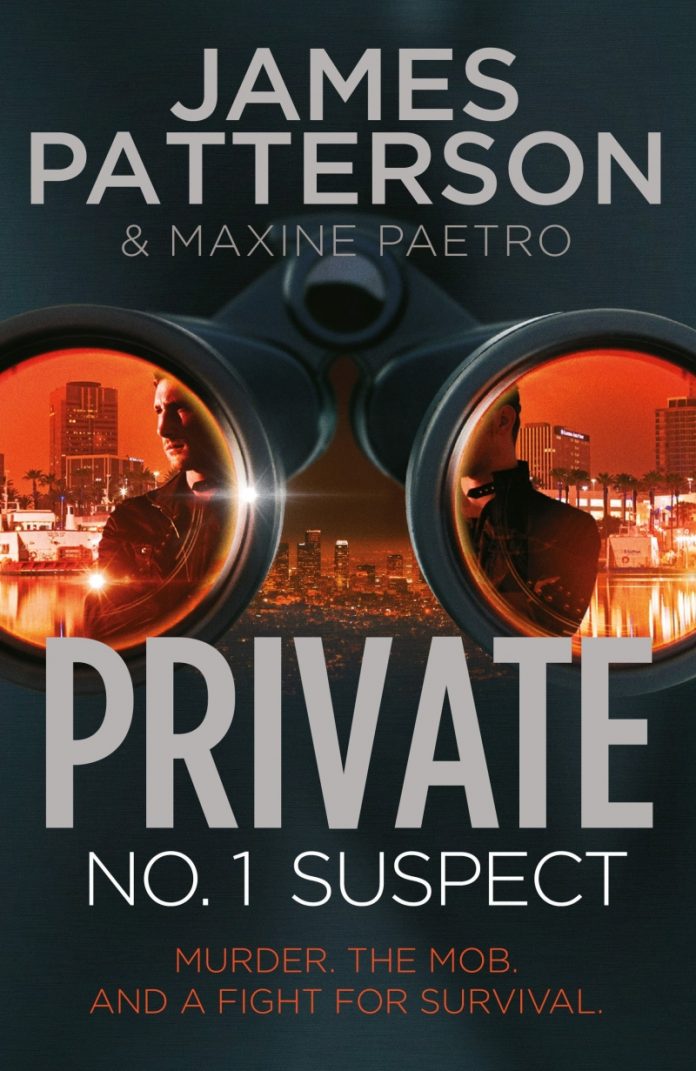 Crime fiction, encompassing psychological thrillers, police procedurals, legal thrillers, mysteries/cosy mysteries and lots more, is a massive genre and the best-selling genre of books as well as being the most borrowed genre from libraries. One of the biggest names in this genre is James Patterson, selling over 375 million copies of his books worldwide and that is rising all the time. Patterson has written lots of standalone novels, children’s books and books series. One such series is the popular Private series, a series about Jack Morgan and his private investigation company, written in collaboration with other authors.

Private: No. 1 Suspect, written by James Patterson with Maxine Paetro, is the fourth instalment in the Private series. It is a crime thriller featuring a firm of private investigators rather that a police department and homicide detectives.

Jack Morgan, ex US marine and former CIA agent, is the owner of Private, a private investigation business. He runs the day-to-day business of what he describes as an exclusive private detective agency, and one that has become the world’s most successful detective agency. Since inheriting the business from his father, Jack has built the business into a very successful international organisation using world-class investigators with state-of-the-art technology, something that police forces around the world would love to have.

When Jack’s ex-girlfriend is found murdered in his bedroom, he immediately becomes the number one suspect of the investigating police department. It is an extremely professional murder, and all the available evidence points to Jack being the killer. As a result, he is arrested for her murder. Being released on bail conditions he sets out to prove his innocence and find the real killer and whoever is trying to frame him. After all, with his team of investigators and all their hi-tech gadgets, if they can’t solve it, nobody can, and he will go away for murder.

While his Private team are investing the murder of Jack’s former partner and the framing of Jack, his team are stretched, also being tasked with finding $30 million of missing drugs for the mob, hunting down a serial killer who is killing businessmen in hotel rooms and investigating rape claims and murder involving a Hollywood film star.

With some complex investigations on the go, will the Private team of investigators be able to protect the film star, recover the drugs for the mob and prove that Jack is innocent of the crime that he has been charged with?

Overall, Private: No. 1 Suspect is a very good story and addition to the Private series. A thrilling read from start to finish. James Patterson’s trademark short and intense chapters make it a fast and exciting read.

James Patterson and Maxine Paetro (his co-author on the Women’s Murder Club series) have written another good solid crime thriller. Although the plot is a bit busy with multiple investigations going on, it is quite easy to read and keep track of what is happening.