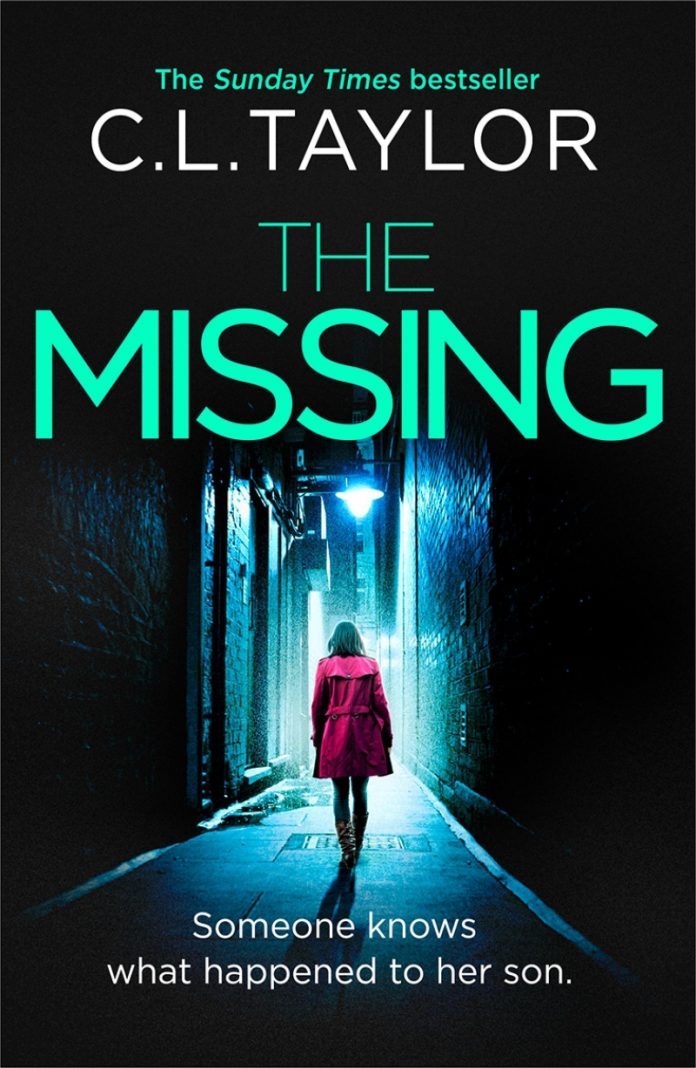 The Missing is every parent’s worst nightmare!

The Missing, by C.L. Taylor, is a psychological thriller about a 15-year-old boy that goes missing and the effects it has on his entire family. His family all seem to blame themselves and each has their own secrets as to why they think he ran away, but did he?

Billy Wilkinson is a troubled 15-year-old boy. He is in trouble at school as well as at home, due to his love of graffiti and lack of respect for adults. On a cold February night, he disappears. His family are suffering, his mother in a fugue state suspicion with the rest of the family members each having their own little secrets. Someone, somewhere must know where Billy and Claire is determined to find him, but who can she trust?

Overall, I bought this book as the comments I read suggested an exciting, fast-paced, gripping psychological thriller but I would have to disagree and I am still not 100% sure whether I actually like the story or not.

The Missing is a story of every parent’s worst nightmare, a missing child; did he run away, was he taken, is he alive or dead? The book is well-written and leaves you guessing to which scenario will be revealed and shows the repercussions the disappearance has on the entire family, with strain being put on the marriage, everybody blaming themselves for Billy’s disappearance, pressure on work life etc…

I found the first part of the book quite slow going. It is told from the point of view of Claire, the missing boy’s mother, who is actually quite unreliable as a narrator due to blackouts and a fugue state that leave her with no memory of what she has done or how she got there.

The second part, when the story starts to become clearer, is much better and a lot faster paced. The WhatsApp messages, that make up quite a few chapters of the book, from 2 usernames that leave you guessing to their identities add a bit of excitement.

It is a well-written story but, sadly for me, there just wasn’t enough happening and I felt would have been better shorter story. That said, if taken as a story about family dynamics after a child’s disappearance with everybody having their own secrets, guilt, deceit, memory lapses and fugue states it is very well done.

I think my mistake was expecting the story to have a lot more excitement, so on one hand it left me slightly disappointed but on the other hand I did keep turning the page to read more.

So yes, it is a psychological thriller and is written by an author that clearly has a talent for storytelling, but for me just wasn’t exciting enough and although it wasn’t as good as I expected it is not a bad story and is worth reading.

So, if you want a psychological thriller about how a disappearance can affect a family, has lots of twists and turns and told from the point of view of a distressed mother then it is definitely worth a read. If you are looking for something with all-out thrills on every page, then I wouldn’t suggest The Missing but I would suggest adding it to your “To Read” list as it certainly isn’t a poor or boring story.