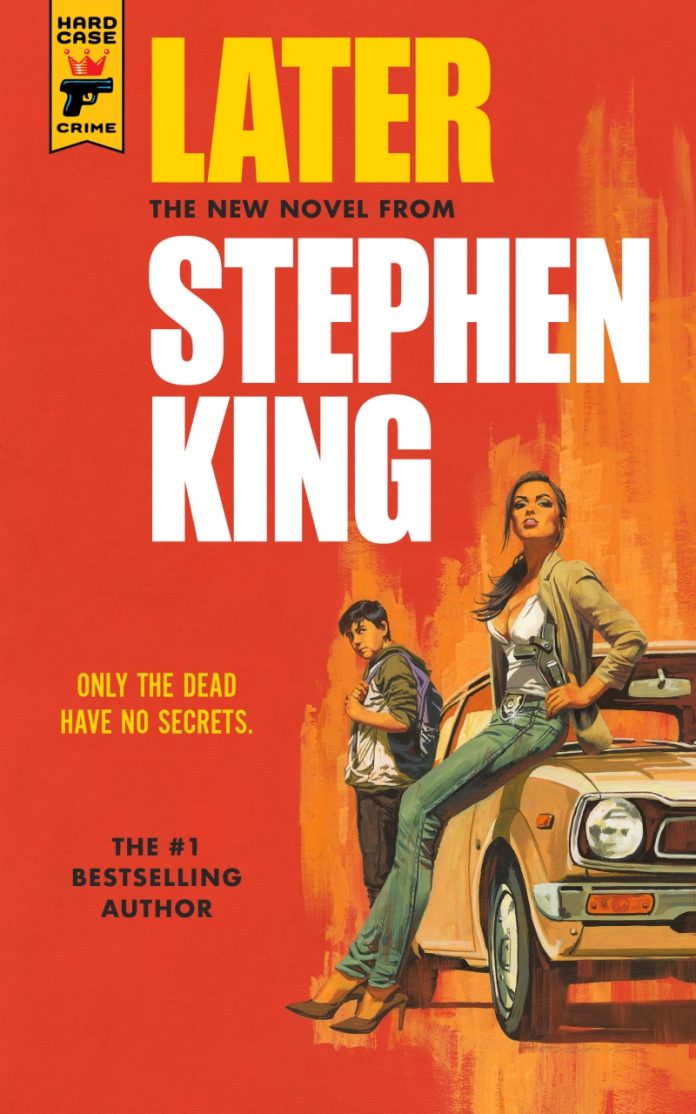 For decades I have been a big fan of Stephen King, I love most of his novels (pretty much everything except the Dark Tower series, it just didn’t interest me). When he has a new novel available, I want it, so when in March 2021 he released a new novel, a story called Later, I had to get it – and certainly didn’t put it off until later!

Later is a story about growing up and facing your demons, lost innocence and is a mix of a crime thriller and supernatural/horror thriller.

Jamie Conklin is the son of a struggling single mother. For the most part he is just like every other kid his age with one exception, he can see dead people! Born with this unnatural ability, his mother urges him to keep it a secret as he can learn the secrets that the dead want to stay secret and secrets that others may want, as he later finds out when he is dragged into the hunt for a killer who has threatened to strike from beyond the grave.

Overall, Stephen King’s Later (published by Hard Case Crime) is a very good and extremely enjoyable story. It is very different from his trademark out and out horror stories, mixing the supernatural with a crime story and even a coming-of-age story. It is also shorter than a lot of his other novels with the paperback being less than 250 pages.

The story is told by a 22-year-old Jamie Conklin telling you about his life and how he found out lots of things later, and how his ability to see and speak to dead people, but not ghosts, caused a lot of problems. The story starts from when he was age just 6. If you were thinking that because he sees dead people it would be similar to the Bruce Willis movie The Sixth Sense, it is nothing like it.

Because of Jamie’s ability to see and speak to the dead, and the dead cannot lie and must always answer honestly, this soon brings him to the attention of his mother’s partner and NYPD detective who wants to exploit his talents for her own gain. This leads Jamie into danger and has dire consequences for both of them.

As a crime story it is very good but the hints of horror and the supernatural are excellent, as they should be as that’s what Stephen King does best (some references will make you think of It). It is a book that deals with human cruelty, Alzheimer’s disease, selfishness, lost innocence, death and even touches on the afterlife.

Later is a very good and enjoyable read, and whilst straightforward and an easy read it has a big twist that I didn’t see coming and sheds a new light on the story. Whilst it is a crime and horror story, the relationship between Jamie and his mother is also a very big part of the story and really shines through all the way through the book.

This is a book that, whilst published by Hard Case Crime, is more of a horror story than a hard crime story, but it is still very enjoyable and works on many levels. Stephen King still hasn’t lost that ability to tell a good story. Later has a very good plot, great characters and is definitely worth reading whether you are a Stephen King fan or not.