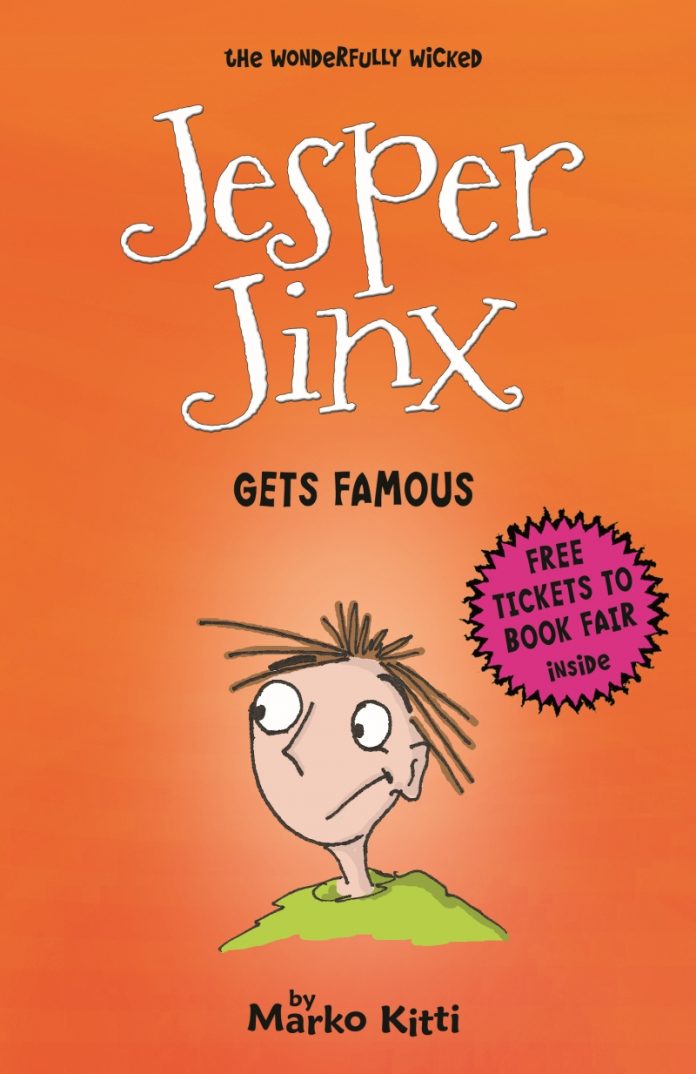 It’s been a long time since I caught up on the adventures of the wonderfully wicked eleven-year-old prankster Jesper Jinx, actually he is the world’s unluckiest prankster (or at the very least, the unluckiest person in his hometown of Puffington Hill – he really is JINXED). But Jesper always bounces back, and he is back for a brand-new adventure in Jesper Jinx Gets Famous. This will be the eighth outing for this chaos causing loveable prankster.

If you are unfamiliar with Jesper Jinx and his stories, where have you been? (Click here to read my blog post on Discovering the World of Jesper Jinx). Well, let’s have a short recap. Jesper Jinx is a typical eleven-year-old boy who lives in the seaside town of Puffington Hill on the south coast of England. He lives with his mum, dad and his twelve-year-old sister, Melinda (who just happens to be his arch enemy and is a target for a lot of his pranks). Jesper, along with his best friend Oliver Oliverson, loves playing pranks but they inevitability go wrong and everything he touches usually ends up in disaster, hence his nickname JINX.

But first, let us go back a little bit. In book number one Jesper got the Silly Old Scribbler to write a book about his antics with the promise that it was only for Jesper and never to read by anyone else. But as fans of the Jesper Jinx series will be fully aware of, the author shared these wonderful stories with us (something we all grateful for) once we promised never to tell Jesper about the existence of the book and after signing the Secrecy Agreement found in each book (you do have to sign it again to read this newest addition to the series). A lot of people are now fully aware of Jesper Jinx and his antics, although Jesper is still very unaware that his stories have been published and published in half a dozen languages in more than twenty countries to date. 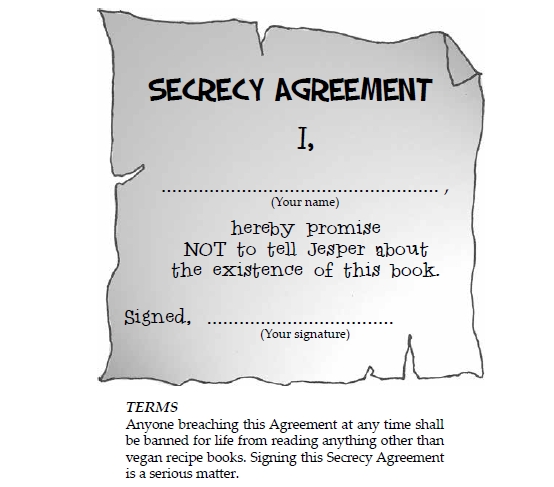 Now back to Jesper Jinx Get Famous. The Silly Old Scribbler is feeling a bit guilty of hiding the truth from Jesper and wants Jesper to go to the book fair for a very special surprise, especially now that people are turning up wanting Jesper to sign copies of their books and Jesper is completely baffled as to why.

In book #8 we will read about:

Overall, this is another excellent exciting and hilarious addition in the chronicles of Jesper Jinx. It features plenty of hilarious chaos and things not going to plan, as only can happen with anything associated with Jesper. For those readers seeking high stakes adventure to accompany the humour, it even includes a high-speed “car chase” and a bit of “poop bombing”.

Whilst this addition to the series doesn’t see Jesper playing any pranks on anybody, especially his sister, the chaos caused around him when secrets are kept, and animals are out looking for vengeance is hilarious, and it is a book that children aged from seven years old will absolutely enjoy.

A fun-filled chaotic story (in a good way) that even the most reluctant of young readers will adore.

For more information about Jesper Jinx and the series visit jesperjinx.com.

If You Were Me and Lived in… the Middle Ages by...