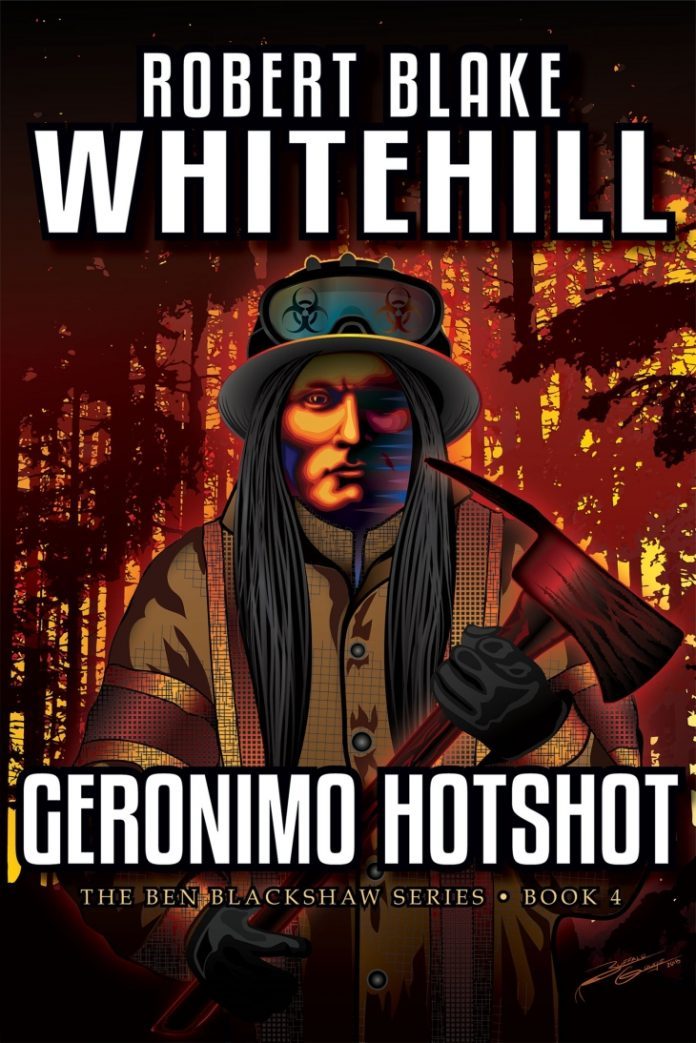 Geronimo Hotshot, by Robert Blake Whitehill, is the fourth book in the Ben Blackshaw series.

When Ben Blackshaw meets a white supremacist on a bus who openly brags to him about killing a young black boy, Ben tries to inform the police but no arrest is made. This angers Ben and he sets off on a revenge mission to avenge the racially motivated lynching and scalping of the boy by the PNC (Pure Nation Comitatus).

Meanwhile, some vigilantes, the PNC and a biker group, called the Rot-Irons, are massing on the US/Mexico border to try and stop illegal immigrants entering the US. But the leaders of the PNC and Rot-Irons have an ulterior motive; they are using this as a cover for a hi-tec drug smuggling operation, which sees them bring down a border control helicopter and abduct one on the pilots.

With so much going on, a wildfire is sweeping the desert and Ben gets caught up in it. With the help of an Apache wildfire fighter, from the elite Geronimo Hotshots, can he find his way out. And can he find the revenge he is seeking in the desert, or is his enemy just too much for him this time?

Geronimo Hotshot is a fast-paced action thriller that from the very first page doesn’t let. It has non-stop action, racist murders, revenge, illegal immigration and drug smuggling. Despite all the various subplots, it is so well-written that they all gel nicely together without making the story absurd.

As a reader, you are drawn further and further into this dark tale with every chapter supplying the thirst for more. While Blackshaw is the hero of the story, most of his actions are illegal but he fights for what is right and what he believes in.

This is a fantastic, energetic and thrilling story that you won’t want to put down.