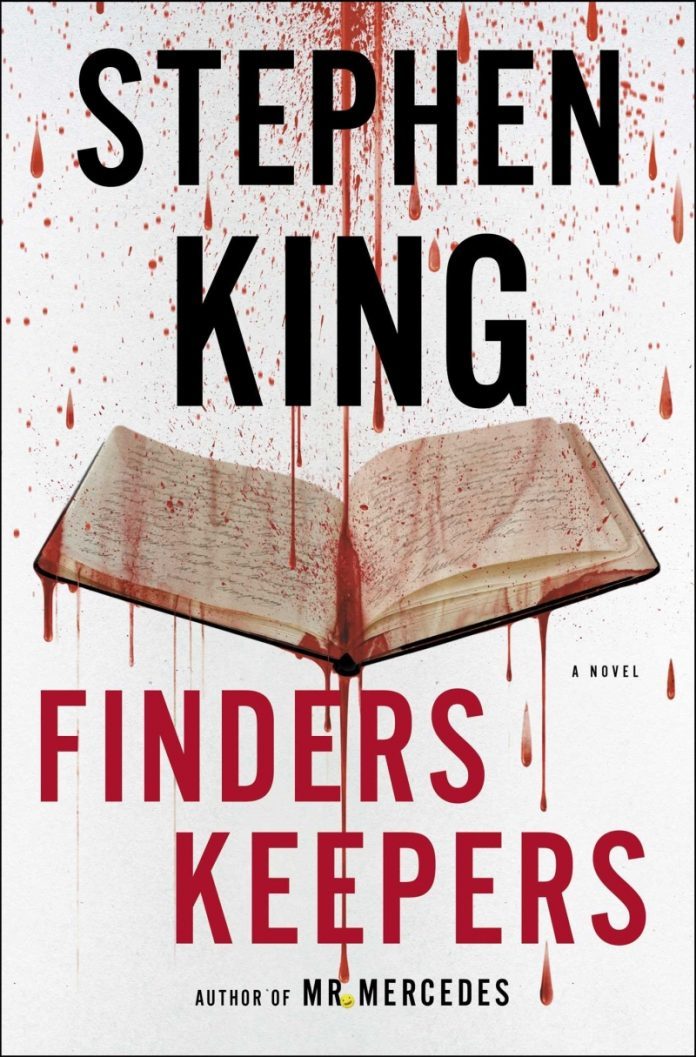 Finders Keepers is the second instalment of the Bill Hodges trilogy and is packed full of knife-edge suspense.

After coming out of retirement to capture Brady Hartsfield, the Mercedes killer, Bill Hodges now has his own investigative company ‘Finders Keepers’ which he runs with sidekick Holly Gibney and is soon to become involved in another life or death case.

The story starts in 1978 with 3 masked men breaking into a reclusive author’s home in order to steal his unpublished notebooks. John Rothstein had wrote a trilogy of iconic books featuring the character Jimmy Gold but never published anything after although it was rumoured that he continued to write. Morris Bellamy is obsessed with the books and Jimmy Gold and is convinced that Rothstein destroyed the character by selling him out and wants his notebooks to see if they contain a follow up novel, and he will do anything to get them – including murder! Morris steals the books and hides them away but is soon arrested and sent to prison leaving the notebooks untouched.

32 years later Pete Saubers, whose father was seriously injured by the Mercedes killer, stumbles across the buried trunk containing $20,000 and the hoard of notebooks. Unsure what to do he decides to help his family by posting them the cash in anonymous instalments while he reads the notebooks.

4 years later and after 36 years in prison for an unrelated crime Morris Bellamy is released on parole and wants his notebooks, only to find an empty trunk. He will stop at nothing to get them back. They have already cost him 36 years so what else does he have to lose to follow his obsession?

Morris is soon on the trail of Pete and the notebooks and a deadly game of cat-and-mouse begins. The only person Pete can turn to is Bill Hodges and his team of Jerome and Holly to help save himself and his family from a deranged, obsessed madman.

Overall, Finders Keepers is a very powerful, suspense novel that is extremely thrilling and I enjoyed it much more than Mr Mercedes. The story unfolds at a great pace until reaching the final fast-paced climatic ended.

Finders Keepers is nothing short of superb and has enough thrills, suspense and gory murder to keep you from putting the book down and reading late into the night.

I can’t wait for the third and final instalment that sees Bill on the trail of Mr Mercedes once more.