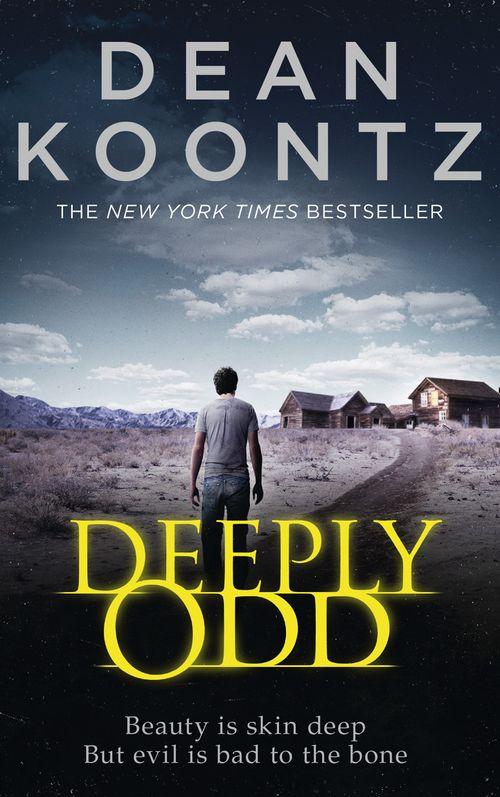 I have been a big fan of Dean Koontz since I was a teenager (which is quite a long time ago now), I think when I used to buy his books they were still published under Dean R. Koontz. He has been writing books since the 1960s under several different pen names and to date has sold over 500 million copies of his books in 38 languages around the world.

In 2003 he published the first book in the Odd Thomas series. This series has eight books (if you include Odd Interlude, a short story which is a special Odd Thomas adventure).

The Odd Thomas series is about a fry cook, named Odd Thomas, from the small town of Pico Mundo in California. He is only in his early twenties and has been through a lot of bizarre situations due to the fact that he has a psychic gift that gives him a heightened intuition and a sixth sense, this basically means that he can see and communicate with the dead and he has premonitions of evil acts. These premonitions set him off on a series of missions to stop the worst from happening, although reluctantly.

In Deeply Odd, the sixth book in the series, while Odd is out shopping for some new clothes he has a strange encounter with a trucker, one who is decked out like a rhinestone cowboy. He receives a vision/premonition of three innocent children that are about to be slaughtered. To prevent this tragedy from happening he has to find and save the children, but he soon learns that he is dealing with something more than a kidnapper and murderer of children. With the help of 87-year-old Mrs Edie Fischer, a kindly lady, and the spirit of the world famous, but very dead, English film director Alfred Hitchcock, he sets off across California and embarks on a mission to stop an evil network of men and woman with the aim of saving the children.

If that wasn’t enough, along his journey to liberate the children he encounters an eccentric network of Mrs Fischer’s friends who help him reach his goal as well as enlighten him to the wonders of the world.

Overall, Deeply Odd is a well-written intriguing and exciting story that is jam-packed with suspense, high tension, some excellent plot twists and having Alfred Hitchcock as a sidekick is brilliant. With each addition to the Odd Thomas series the stories are just getting better and better.

Odd Thomas is an excellent character. He jumps off the page and is a very likeable character with some very peculiar and charming character traits. He, and his lingering dead friends, along with a fantastic story from a master storyteller really makes this book very hard to put down. If I had to find any negatives with the story, the best I could do would be that at I found that it possibly does have too much filler, but as it is being written as memoirs from Odd Thomas it does work and therefore really isn’t a problem – I felt some bits weren’t necessarily needed but then others might like the extra information.

Deeply Odd was a joy to read. It is an exciting thrill ride of good versus evil with alternative realities and horror. I thoroughly enjoyed it and can recommend it as well as the rest of the series.