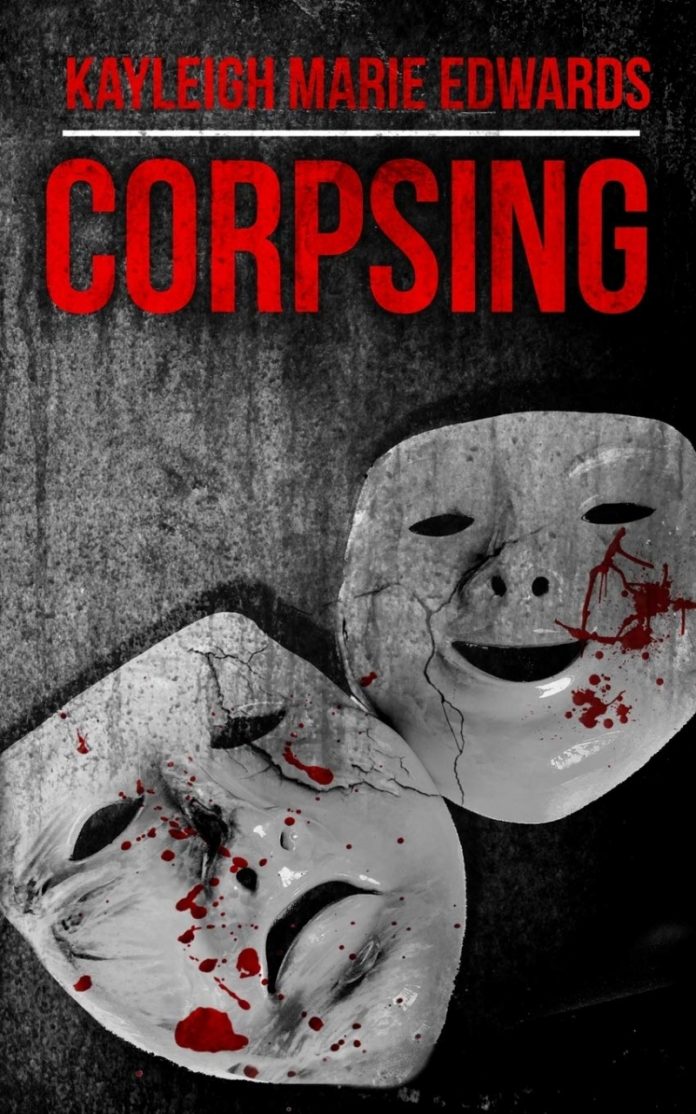 Many of you may, or may not, already know that “corpsing” is the term for an actor having a fit of the giggles whilst on stage at the most inopportune time. For readers, it is also a book of short horror and horror/comedy stories, written by Kayleigh Marie Edwards and published by the Sinister Horror Company, that blends horror and humour together into an enjoyable collection of unique chilling tales featuring attacking Christmas trees to zombies, throwing in killer children, a vengeful God and more in-between.

Corpsing and its collection of stories does an excellent job of blending horror and comedy to great effect, you never know if you are going to laugh, scream or both with each story. Some stories raise a few chuckles, whilst others elicit an eerie chill, but all give a rather unique take on the horror genre from ghosts to zombies by coming at them from a completely unique angle.

By large Corpsing is a collection of horror stories that contain some good humour within the scares, it is not a comedy book featuring some horror within the pages. Death occurs in nearly every story and all in weird and interesting ways; death by cement mixer and frozen chickens to dismemberment and outright murder.

I enjoyed all the stories, some where you can clearly see that the author has clearly been influenced by Stephen King with references to his nom de plume Richard Bachman, The Stand and Pet Semetery. They are all unique, bizarre and very well written with a plethora of really interesting characters. My least favourite was Bitey Bachman as I felt that the zombie story got off to a really interesting and enjoyable start but felt a bit rushed at the end (it was though a longer story had been shortened to fit a short story collection). As for my favourite, that is a much harder choice as they are all completely different and choosing just one is difficult but I would probably say Siren as it was a more chilling ghostly story and Barry’s Last Day with its comedy mix.

With the stories containing humour amongst the horror, you won’t die laughing or running out the door screaming in terror, but you will be suitably chilled and entertained, and left wanting more.

Kayleigh Marie Edwards is a very talented writer and has written a collection of short stories that are fun and chilling that raise a chuckle as well as a fright, and in ways that you won’t necessarily see coming (like Barry’s chocolate disaster in Barry’s Last Day or God’s chicken soup smiting in ‘S’ Day).

If you are looking for a book to give you a scare at night but with enough humour to put a smile on your face whilst hiding under the covers then I can highly recommend Corpsing with its truly original take on the horror genre.