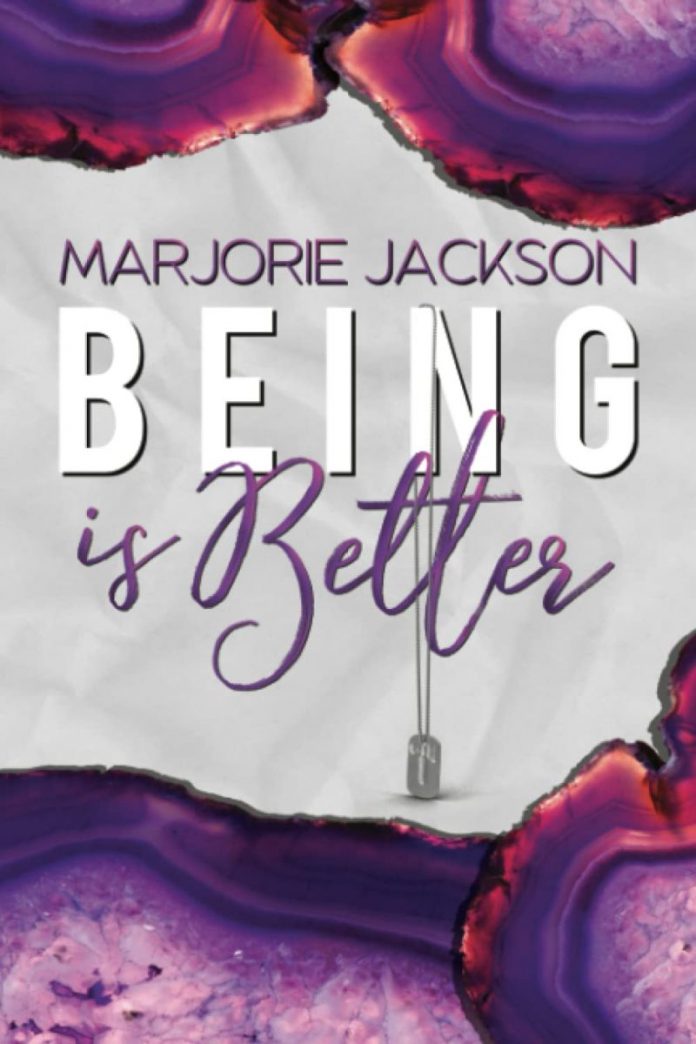 Books aimed at the young adult, or very commonly abbreviated to YA, are short stories and novels aim at children and young adults between the ages of twelve and eighteen and encompass a wide and varied variety of genres. The main protagonist is generally a child and more often than not is around the same age as the intended reader. Themes featured in YA novels often focus on challenges that children of the age range featured can relate to and the challenges they can bring and will include topics such as illness, death, loneliness, friendship, love and more. They are often referred to problem novels or coming of age novels.

With a twelve year old girl in the house, I am always on the lookout for young adult books.  Books that not only to suit her age, but ones that I I think might grab her attention and hold her interest. She currently has an interest in dystopian fiction so when I was asked to read and review Being is Better by Marjorie Jackson, the first book in the Better Together series, I didn’t think this would be something she would read. But after reading the blurb, I thought it sounded interesting as one of the main characters in the book has epilepsy (as do I, although not to the same degree as Amber) so decided that I would read it myself.

Being is Better is a YA novel and is the first part of the Better Together duology. It is the story of two 14 year old girls, Amber and Missy, who are both lonely and struggling with their very different problems and issues. Amber is an epileptic who has absent seizures, she has blackouts rather than convulsions, and as a result doesn’t have any friends. Missy has anger issues stemming from the death of her brother, the breakup of her family and having to be the carer for her deeply depressed mother. As a result, she also has no real friends. Two girls from very different backgrounds but who both have very real problems to cope with.

Overall, Being is Better is the first part of a very interesting story for teenagers surrounding the very real issues of loneliness and the healing power of positive thinking and true friendships. The story is narrated from the perspectives of two very different teenage girls, Amber and Missy, and is very straightforward, easy to read and understand, even though the medical themes are family problems are quite complex issues.

Whilst this probably wouldn’t normally be a book that I would pick up, I am glad I did as it was a very real and enjoyable read.

It starts off quite slowly, introducing the characters and the issues they individually face so that you get to know them before they get to know each other. It is a sad, yet uplifting and motivational story that gives a very real insight into problems some children will face, and others can relate to (and not just around epilepsy and divorce, but death, anxiety, mental health issues and even being a young carer).

My condition, epilepsy, is a brain disorder, not a disease. There’s a difference. You catch diseases. No one can “catch” epilepsy.

My favourite quote from the book has to be “My condition, epilepsy, is a brain disorder, not a disease. There’s a difference. You catch diseases. No one can “catch” epilepsy.” As when I was first diagnosed, if I told people I had epilepsy you could automatically see a change come over their face as though I was going to pass it along.

An emotional read, but a simple and easy to read story that teenagers will be able to relate to. Whether that is overcoming health issues, dealing with divorce, anger issues, making new friends or just standard every day teenage angst.

I am looking forward to reading the second book in the duology to conclude the story.