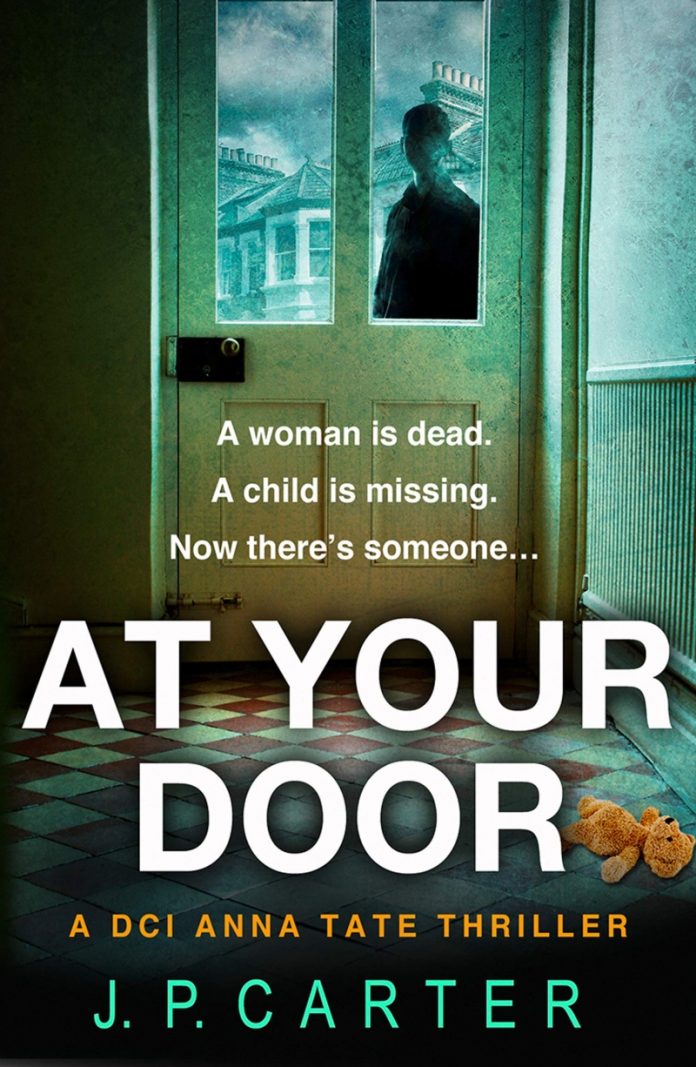 A woman is dead.
A child is missing.
Now there’s someone…
At Your Door

I am a big crime and police procedural thriller fan, but too many follow the same pattern with similar outcomes. I was delighted when I discovered the DCI Anna Tate thriller In Safe Hands and couldn’t wait to start reading book two in in the series At You Door and the first was different than others I have read recently.

A few weeks after DCI Anna Tate found and saved kidnapped children from a nursery school in South London, a new case lands on her desk with the discovery of a dead woman on Barnes Common. This new case is going to be much more difficult than her last as the dead woman is a model, the daughter of an ex police chief and politician in the running to be Mayor of London and the mistress of a prominent Member of Parliament.

At Your Door, by J. P. Carter, is the second instalment of the DCI Anna Tate series and is just as good as the first. Anna Tate has to solve a strange murder that has a lot more going on than anyone could expect, with press and political pressure making it a minefield to navigate.

While solving crimes she is still also dealing with her own issues of trying to find her missing 12-year-old daughter, who was abducted 10 years previously by her father.

Overall, At Your Door, is an excellent follow up in the series continuing where the first book left off. Like the first, it is two stories in one: a murder to solve and the hunt for her missing child. They are interwoven very well and make great reading. DCI Anna Tate is a very likeable character and one that you can really get behind.

I love the fast pace of the book and the way it draws you in and then twists everything you thought you knew 180 degrees – I was convinced I knew the killer from halfway through the book and still convinced most of the way through only for a couple of twists that really worked well.

At Your Door is a multi-layered story that is very addictive and thrilling. It is a well-written story (although I am glad the overuse of “pool car” that existed in the first book has all but disappeared in the second helping) that you just won’t be able to put down.

As for the dual story, that in some cases can ruin a story or make it hard to follow, works really well and is easy to follow, adding an enjoyable depth to the story.

So will Anna solve the murder and get closer to finding her missing daughter? You’ll just have to read the book to find out (I would recommend reading the series in order).