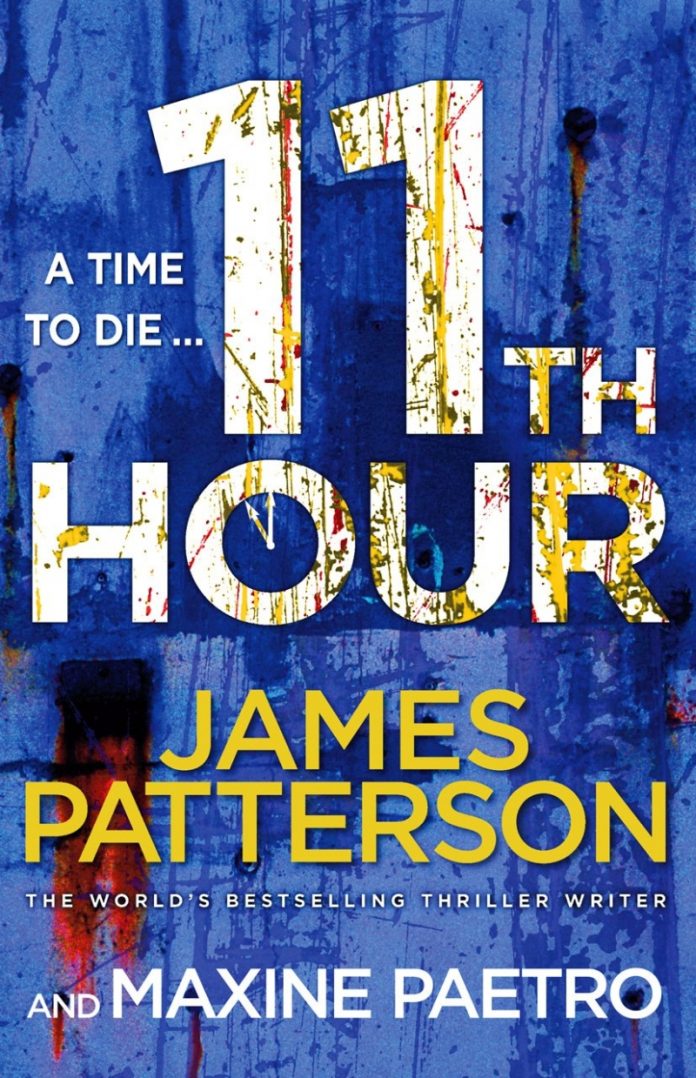 James Patterson is an extremely prolific and very successful author, take a walk around any bookshop or even a supermarket and you will see at least one of his books on the shelves. He has sold over 375 million copies of his books worldwide. But how can on author be so prolific? Especially writing full novels. To achieve that feat, as well as writing his own novels, he has collaborated with other authors. One of my favourites of these authors is Maxine Paetro, who has co-written most of the Women’s Murder Club series (books numbered 4 to 20, so far that is).

11th Hour is the 11th book in the successful Women’s Murder Club series. If you haven’t read any of the series before, the Women’s Murder Club is made up of 4 very successful women who investigate murders (not 4 women who go out committing murder). The lead character is Detective Lindsay Boxer and then there are her friends Yuki Castellano who is an Assistant District Attorney, Cindy Thomas who is an Investigative Crime Reporter and finally Claire Washburn who is the Chief Medical Examiner. The four of them together make a very formidable team, four friends in San Francisco who join forces and their unique talents to solve murders in the city.

When a notorious drug dealer is gunned down using a weapon taken from the evidence locker in Lindsay’s own department, she must investigate her closest colleagues. But who can she trust?

This book gets off to a gripping, fast-paced start with the murder of a drug dealer. If that wasn’t enough then the discovery of 2 severed heads in a movie star’s garden ups the ante.

As it is a busy homicide department, she is also investigating the discovery of 2 severed heads found in a movie stars garden. This movie star has already been tried once for the murder of his wife, so is he responsible for this latest discovery?

Lindsay is putting all her efforts into solving the two cases whilst being pregnant and having problems at home. She is putting in all the hours she can into the murders. To lighten the load, she enlists the help of her friends, the rest of the Women’s Murder Club, to help solve the riddle of the two severed heads whilst she goes on the hunt for Revenge.

Her problems start to get worse when a malicious reporter starts to distort the facts of the cases and personally attacking her in print. With Yuki dating her boss and Cindy, as always, trying to get the story, she is under a lot of stress.

Overall, 11th Hour is an excellent addition to the Women’s Murder Club series. As anybody who has ever read a James Patterson novel and familiar with their format will be aware of, short chapters, fast and exciting story, 11th Hour is no different and will keep you interested and intrigued right up until the unpredictable ending. It is well written, entertaining and a very absorbing thriller that will keep you buried within the pages until completion.

The four characters are all strong female leads, with their own unique talents that work and complement each other very well and they all have to work together to solve the crimes.

11th Hour is a very entertaining and thrilling read, I would recommend book to existing fans of James Patterson, to lovers of crime thrillers and anybody that is new to Patterson and his work (you don’t really need to read the books in order).