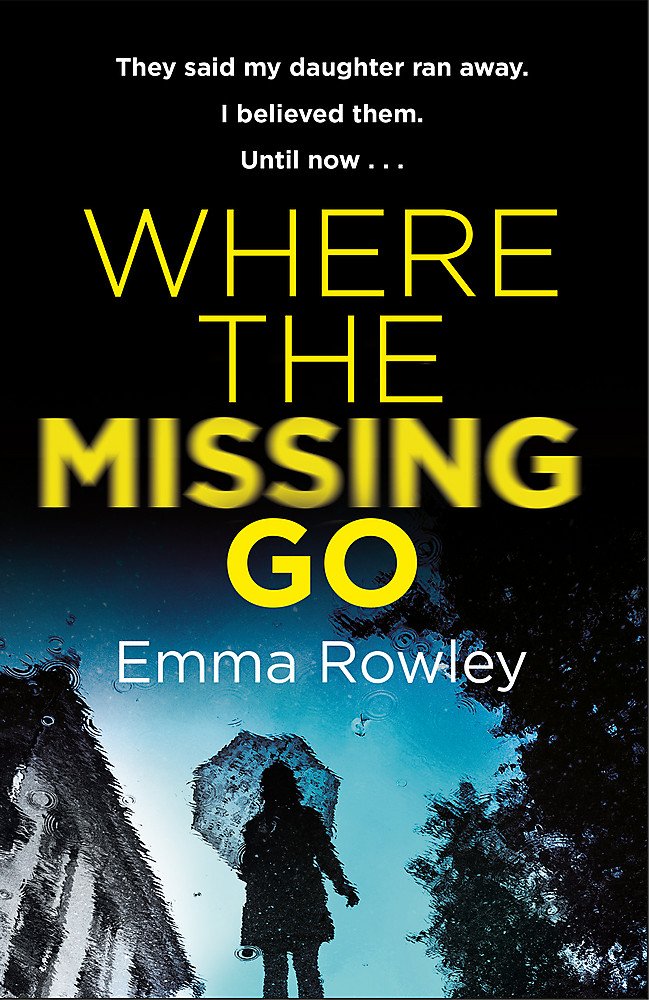 Where The Missing Go is the thrilling debut novel by Emma Rowley about the disappearance of a 16 year old who is thought to have run away from home.

Sophie Harlow has been missing from home since she was 16 years old. 2 years on, Kate, her mother, still hasn’t given up hope of her returning, even though it seems that everybody else has.

Kate blames herself and it has caused depression, the destruction of her marriage and medical problems.

Kate is a volunteer for a runaway charity, Message in a Bottle, where runaways can leave messages for loved ones to let them know that they are OK. One her shift one night she gets a phone call from a girl called Sophie to let her parents, Kate and Mark, know that she is safe. The only problem is that this Sophie is her daughter! Kate doesn’t think Sophie is safe, the police don’t seem overly interested and people think she is losing it.

As Kate starts to dig deeper into the disappearance of her daughter, she finds alarming similarities between Sophie and another 16-year-old from the same town who went missing nearly 30 years previously.

Kate is going to do everything she can to find her daughter, with or without help.

Overall, Where The Missing Go is a good psychological thriller which twists and turns to make an addictive read.

For me, I found the first third of the story (Part 1) slow going and slightly boring while the background of Sophie’s disappearance was built up and the effects it had on the family along with Kate’s reaction of losing her daughter and blaming herself. That said, I did stick with it and the rest of the book was pulsating and thrilling, ensuing that you just had to keep reading just one more chapter (followed by another and another).

Where The Missing Go is a story not only of a missing child, the effects it can have on a mother and the family and community but also one of grooming, control and manipulation.

Definitely worth a read and I will be looking out for more from Emma Rowley is the future.