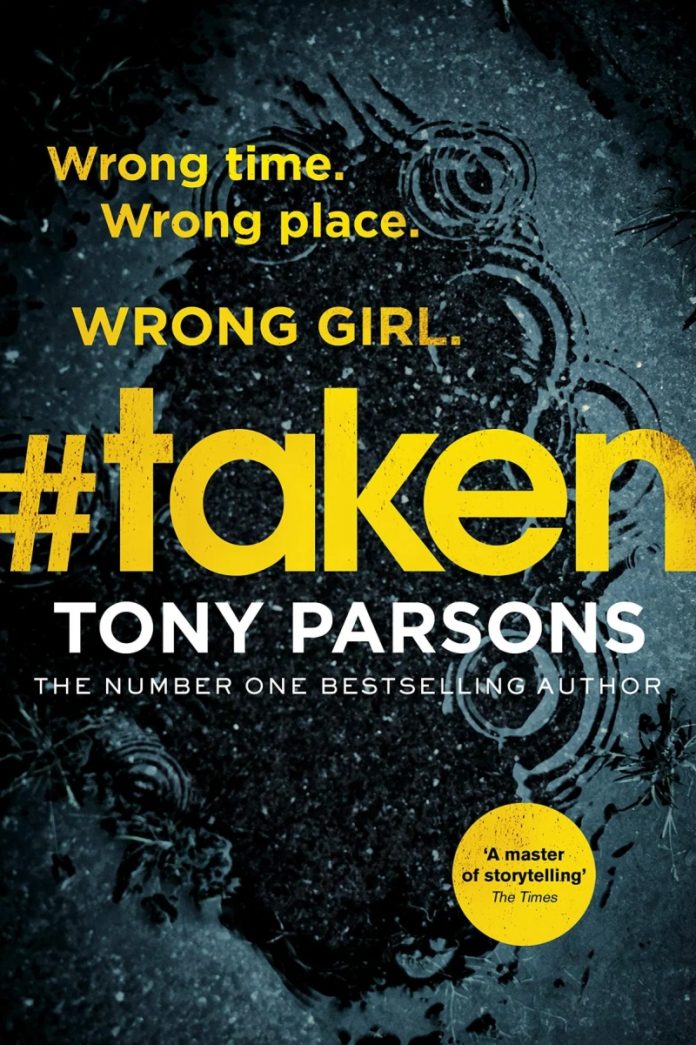 If you are a regular reader of my blog you will know that I love a good thriller and police procedural novel, so after reading the blurb for #Taken by Tony Parsons it sounded like something that I would really enjoy. Unfortunately, it wasn’t as good as I expected.

#Taken is the sixth book in the DC Max Wolfe series and whilst it can be read as a standalone novel it is probably best to have read the preceding books first for the character development as I wasn’t overly impressed with this one, it felt like a series coming to an end.

#Taken starts with the abduction of 22-year-old Jessica Lyle, a single mother. One night whilst out driving, she is forced to stop and is taken by 2 unknown men. It appears she was in the wrong place at the wrong time and is the wrong girl! She was using her flatmates car so possibly wasn’t the intended victim. So is it a case of mistaken identity or something so much more sinister?

DC Max Wolfe and his boss DCI Pat Whitestone are called in to investigate but things start to get worse as the missing woman is the daughter of a ex-policeman, who wants to get involved, and the possible intended victim is the mistress of an old-time London gangster.

This was the first Max Wolfe book I have read, as well as the first book by this author. The premise of the story is excellent, but I felt at times became too predictable. I won’t go into detail as I wouldn’t want to give away the plot to readers.

#Taken is packed full of action, quite a fast read and the story moves along at a fast pace – except when I thought the author rambled too much about the family lives and background stories of the characters. For me having his child called Scout and a dog called Stan just seemed rather strange and the troubles with his ex-wife added nothing to the story.

The focus on his daughter and ex-wife I felt was too much and distracted from the story and could have been mentioned a lot less. A bit of backstory about the characters in a book is always welcome but this seems to go beyond that to the point of making those parts of the book slightly dull.

So forgetting about the subplots with family life within the book, the story itself was quite good, well-plotted but predictable and a decent read. But at times some of the language used was too over descriptive, especially when terminology was used, and to me it read like a teacher talking down to a child.

DC Max Wolfe is a good character – single father to an 8-year-old daughter, a little unpredictable and doesn’t always follow the letter of the law. For me, the best character was his boss, DCI Pat Whitestone – she has a bit more depth and a much more broken personality with her drink problem, no nonsense approach and slapping villains!

I did like a fair amount of the story and it was an enjoyable read (at no point did I want to stop reading), but as I said at the start it did feel like a series at the end of the run. I will go back and read the previous novels in the series at some point as Tony Parsons is a good storyteller. For me, #Taken was a bit too predictable from the start with too many parts embellished and overstated and just not gritty enough.

#Taken is a decent enough read to whittle away some time, especially if you are already a fan of the series and have more of the character development than I have from reading just one book in the series.